The people who walked in darkness....

The latest storm to hit our island has passed into history, leaving many without electrical power. For many, this also meant living without heat and running water.  We were fortunate on our lane.  The power was restored within eight hours and we suffered little inconvenience as daylight saving time has just come into effect.  We did not have to sit in darkness. 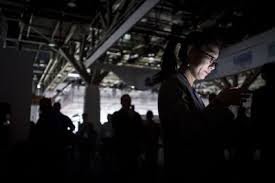 The prior week’s power outage came later in the day, plunging us into a kind of darkness we rarely experience.   Our home is small, so we did a minimal amount of fumbling in the dark to locate oil lamps and candles and matches.  Before long we had enough light to dispel the worst of the darkness and with the luxury of a propane stove with top burners we could light with a match, we were even able to cook a hot meal.  Nevertheless, it was a strangely daunting thing to look out of our windows and not be able to see the lights in the homes around us.  It was VERY DARK.

Then, little by little, a soft glow appeared here and there as our neighbors located their emergency supplies and began to adapt to the power outage - no blazing lights, just the softness of a candle or an oil lamp here and there, visible through the gusting rain.

I’ve been pondering what it means to sit in darkness - - waiting for light.  The line from the prophet Isaiah kept misting through my brain: The people who walked in darkness have seen a great light; those who lived in a land of deep darkness - - on them has light shined... 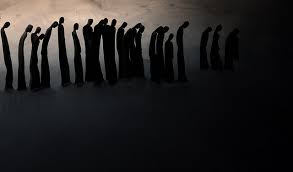 Then I noticed that “the people” referred to in the text did not SIT in darkness awaiting a light.  They walked.   It seemed to be an appropriate text to reflect upon as I write  today when kids across the country are walking out of school in protest against gun violence and in support of sane gun control legislation.

CNN has published what their rights and responsibilities are under the Constitution so that they can act responsibly and with freedom.

Religious communities are raising funds to pay for bus transportation to Washington DC so that any kid who wants to be in the national protest on March 24 can go free of charge.

Blankets, snacks, and toiletries are being collected for kids who forget to pack them for the trip.

Grandparents  are having conversations with their grandkids  about massive demonstrations in the past: civil rights, anti war, pro peace, anti nukes, women’s rights, and on and on.

The “people” to whom Isaiah refers were Israel in exile.  And exile is a  darkness that we know about now as we live in a kind of exile from social values and political policies that support harmony, creativity, peacemaking,  respect, mercy, sanity, and lovingkindness.  It is VERY DARK.   And yet, softly lit candles and oil lamps glow from more and more windows. Elections here and there signal the possibility of change, and with each small change comes the possibility of greater ones.   Kids are mobilizing.  Women are speaking out.  Elders are telling their stories.  Preachers are claiming their prophetic role.

At some point during our own darkness caused by a power outage, all the lamps we had left on, forgotten earlier, suddenly blazed into light - startling us with its intensity and evoking feelings of relief and gratitude.   Neighborhood windows began to blaze again through the wind driven rain.   We celebrated  the return of the light.  A power outage became a metaphor for thinking about where we are today as what have appeared to be powerful structures of order seem to be crumbling in front of our eyes - the result of ineptitude, inexperience, corruption, lies. deceit and secrecy and, ultimately, frustration and departure on the part of the few who seem to be unable to tolerate being part of the reason for darkness anymore. 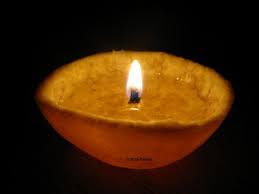 It seems there is less sitting in darkness and more walking happening.   Isaiah’s words for Israel were words of hope and encouragement.   Perhaps, in fleeting moments, we can embrace them for our time and take heart.  The great light may be some time in coming.  But in the meanwhile - we do have those candles and oil lamps!!