There was a segment on the news last evening about the draught in Somalia. It is so severe that previously good grazing lands are now parched desert. Humanitarian organizations were predicting famine there in March of last year and it has only worsened since. 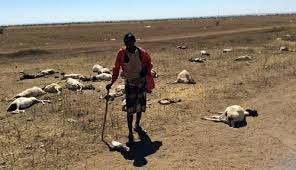 The news segment made clear how those who were once herders have been forced into the cities, without any way to support themselves. The goats and sheep are dead. The earth is unable to sustain them.

There was no hesitation in attributing the cause of the drought to climate change. As the evidence grows daily that catastrophic weather events are no longer hundred-year occurrences; as the evidence grows yearly that the earth is continuing to warm; as the evidence of sea level rise and coastal flooding, of islands going underwater continues to inundate our consciousness; as fires turn forest and homes into ashes and acidic oceans bleach coral reefs beyond recovery; one would think that those who are in denial would open their eyes.

The problem seems to be many of the deniers are blinded. They are blinded by their attachment to the economic status quo and to money and moneyed interests. Fossil fuel corporations are the most economically powerful entities on the planet. They have enormous investments in what is in the ground. It has to come out if they are going to stay economically healthy. And they are prepared to take the people of the earth to hell and back if that’s what it takes to make good on their investment. Oil and gas will be pumped from the earth in record quantities in the U.S. this year, according to the Trump administration. Apparently we’ll worry about the consequences and the increased carbon in the atmosphere when it begins to seriously affect the economic elite.

It’s hard to understand the attitude of those who are plunging ahead with certain planetary destruction. Perhaps they think they can buy their way out of the consequences. Perhaps they believe things won’t get really bad till they are long dead and gone. Perhaps they are convinced space travel will save us from a ruined planet, or technological advancements or a good and gracious God.

Meanwhile, the deniers are already sending people to hell on earth in parts of the world where people are not wealthy enough to weather the climate catastrophes. Like Somalia! One of the herdsmen interviewed on the recent news segment was asked what he might want to say to people in the U.S. He wondered why anyone would listen to him or care as he sat on the ground in front of a makeshift shelter. Then his request was simple. Maybe we could put fewer pollutants into the air. 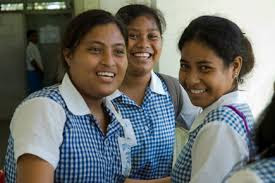 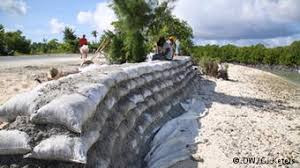 That was the same request made by two girls on the island of Kiribati. In a video about their home in the Pacific, they tell us they learned in their school we have big industries in the U.S. They wondered if we might be able to cut back on the greenhouse gases so they wouldn’t have to leave their island. As it is, each year they have to build the breakers farther and farther back to keep the waves from overwhelming the land. It’s not working. They are slowly sinking into the sea.

Since it is obvious there are alternative energy sources available to us and proven paths to an alternative, greenhouse gas free future, there is no ethical or moral reason to continue placing such an enormous emphasis on fossil fuel development. This administration has been doing everything in its power to give fossil fuel companies a green light for further exploration and development, off shore, in national parks, wherever the companies wish to go. They have a green light for more pipelines like Dakota Access and Keystone XL. They retain their huge continuing subsidies with fewer and fewer regulations that protect the public health and sustain responsible international relationships. 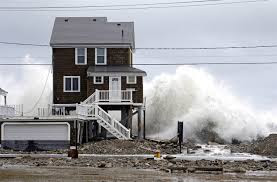 Those who are in denial about the seriousness of climate change need to be challenged on moral and ethical grounds. Are we all connected or not? Does what happens here make an impact someplace else? And if we were to ask Jesus today, "who is my neighbor," what would he say? 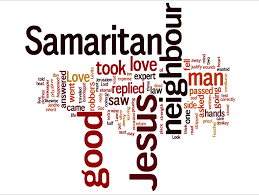 I believe Jesus would tell us our neighbor is the Sudanese herdsman and the girls on Kiribati, the "other" unlike us, like the Samaritan was in the time of Jesus. The world is smaller today. Wealth or not, we're all in this world boat together. We need to be the change we want to see and start caring for God's good creation.