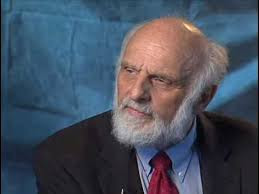 Walter Brueggemann is a well known and well respected Old Testament scholar. I was listening to him on tape the other day, "Embracing the Prophets." This is a six session study. The session that most caught my attention was titled "Moral Coherence in a World of Power, Money and Violence." It seemed an ironic but appropriate theme on a day Congress was about to raise caps on spending, and add an additional $80 billion dollars a year to the war budget. 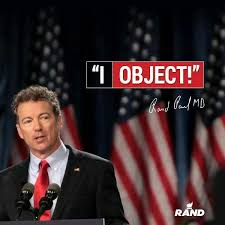 When the bill to fund the government was finally passed, it was over the objections of one lone Senator. Senator Paul wanted a vote on an amendment about removing those spending caps. He objected. For him, adding billions of dollars more to the national debt was not in the best interests of the country. He took considerable heat from his Republican colleagues. But he saw many of them as hypocrites, since they had earlier hollered bloody murder over Obama administration spending.

Speaker Ryan and the President praised the passage of the bill as assuring support for our service members and a strong U.S. military. One would hope so! We already spend more on our military than the next seven countries combined: China, Saudi Arabia, Russia, United Kingdom, India, France and Japan. We continue as the number one supplier of the weapons of war in the world. The words of those Old Testament prophets reverberate in the U.S. today. Talk about "Power, Money and Violence!"

The heart of the prophetic tradition is the conviction of a covenantal relationship. God will be the God of the Hebrew people if they will worship only him and follow his commandments. Time after time the Hebrew people fall away, worship false Gods (like "Power, Money and Violence"), and reap the consequences. The word Brueggemann uses again and again, quoting from the prophets, is "therefore." Worship of false Gods, "therefore," exile and destruction. God is not doing it out of anger or maliciousness. The people are doing it, the natural consequence of bad behavior. 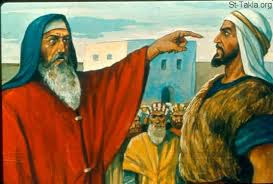 We seem to understand there is an intimate connection between an action and "therefore" a reaction. How is it that we are not able to recognize the connection between a huge and constantly growing war budget and "therefore," the perpetual prevalence and pervasiveness of military engagements all over the globe? How is it we are not able to understand the connection between our war making and "therefore," refugees, poverty, death and destruction in many lands? How is it that we can't see that when 60% of the new money allocated by Congress goes to the military, it "therefore" robs the poor, the sick, the homeless, the indebted, the elderly, the young? How is it we don't realize no spending caps means the $20 trillion government debt will "therefore" grow significantly, especially with a $1 trillion plus tax cut? Do we care? Do we care Congress has already raided the $2.6 trillion social security trust fund? If the debt ceiling were not raised, checks might not go out. What is the "therefore" associated with gross debt?

One of the difficulties with hearing the prophetic message these days is the Prosperity Gospel is preached in so many Christian churches. It's a message of entitlement. It doesn't include a "therefore." It doesn't require Jesus behavior, simply Jesus belief. It has been uplifted as the public persona of Christianity in this consumer driven and materialistic society. You hardly ever hear the prophetic dimension of the Christian faith in the public square. One supposes Jesus needs to return again and drive the money changers from the temple. 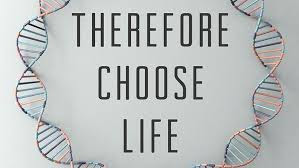 Christians should be clear. The prophets are clear. If the choice is between offering weapons or water, the prophets would choose water. If the choice is between the homeless in L.A. or the hosted at Mar a Lago, the prophets would choose the homeless. If we are faced with choices between generosity or greed, between the powerless or the powerful, between peace and war, reading the prophets will help us understand the will of God for his people. Depending on our choices, there are consequences. They are as natural as the sun rising in the day and the moon following at night. There is always a "therefore" in God's world.