"What Would You Do?"

What would you do? That is the question that lingers long after the last scene in a Belgian film, “Two Days, One Night,” that my wife and I watched recently. So too it is the question that is meant to follow us through Torah, lingering in the spaces that give rise to midrashic searching, to questioning and wrestling. I am hardly a film critic and am wary of watching if I don’t know a film’s “V” rating, the “Victor factor,” whether too violent or too sad, preferring to watch movies mostly to find respite from life’s harsher realities. Drawn to a Belgian film initially as a connection with Mieke’s roots and family, it offered a powerful reflection on life, pushing at times the limits of the “V” rating, but no more difficult than engaging with parts of Torah. The film became for me a commentary on Torah and life, as the two are joined in the context of living life with people, bringing us to ask, “what would you do?” 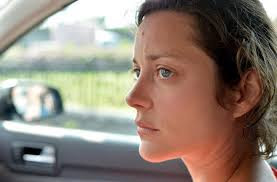 In the film, which unfolds in the course of one weekend, the main character, Sandra, is away from her factory job on a health leave as she struggles with depression.
Highlighting the stigma of mental illness as a subplot, the owner of the factory where she works is wary of Sandra’s return. Duplicitously setting the stage for the moral drama that we are meant to become part of, the owner of the factory offers a choice to the other workers. 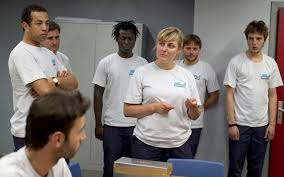 They can each receive a 1000 Euro bonus or Sandra can return to work. It can’t be both. With the devoted support of one co-worker who has told Sandra of the insidious choice, labor rights now another subplot, Sandra spends one weekend, thus “two days, one night,” searching out each of the other workers. Gathering courage from out of her despair, she goes to each one to put a human face, hers, on the choice that they and we are faced with. What would you do?

Through the lens of this week’s Torah portion, Parashat Vayechi (Gen. 47:28-50:26), that question becomes the test of what it means to truly live. Our response to “what would you do?” becomes the moral measure of life, our own and of life itself, of what it means to live with wholeness, integrity, and truth. The question becomes more pointed when made real in given moments of our lives, those times when we need to answer in real terms, not “what would you do?”, but “what are you going to do?”

The Torah portion begins with a setting of the stage, with words that on the surface seem simple, even pedestrian, telling of Yaakov’s living in Egypt for the last seventeen years of his life. Now on his deathbed, we are told, Vayechi Yaakov/and Jacob lived…. That phrase offers its own teaching, a question pulsating beneath its apparent simplicity, “what does it mean to truly live?” About to be gathered to his people, Yaakov’s life swirls before him in all of its days and nights, all of its highs and lows, a life filled with so much struggle and strife, so much pain. Finally finding some solace in the dimming light of harsh truth, a dysfunctional family whose torment he is largely responsible for, there is a certain comfort in the questions that emerge. The questions that begin on one person’s deathbed become for us questions of life that are comforting in their way of encouraging us to live. Yaakov as Yisrael is calling us as his children, b’nei yisra’el/children of Israel to rise up each day to engage life and people with integrity. 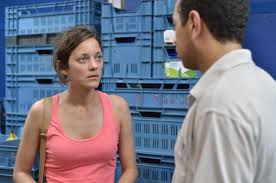 The moral choice in whether to think only of oneself and one’s own follows Sandra through the film as she visits through one weekend each of her co-workers. The question put to each person she visits increasingly becomes our own, will they/would we forgo a sizeable bonus to still include among us one whose need for work is equal to our own? So too, Yaakov’s life in flashing before him also flashes before us. As he sees, perhaps through tears, those moments in which he lied and cheated, twisting the bonds of love with his father and brother, colluding in untruths with his mother, favoring one wife and one child to the detriment of all, does it matter that seamy decisions might have been shrouded in the assumption of a greater good, as his mother believed, that he and not his brother was the more worthy progenitor? The question remains, in film, in Torah, in life, “what would you do?” As Yaakov wrestled in the night, so do we and seek our way. 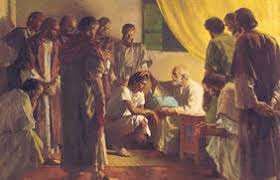 As his deathbed wrestling plays out, even now more urgently than his wrestling with the angel long ago, Yaakov calls for his beloved son, Yosef, and asks him, even pleads, v’asita imadi chesed vemes/deal with me in loving-kindness and truth (Gen. 47:29). Still in this world, the father asks his son to try to hold him in both kindness and truth. It is only after death that we speak in Jewish tradition of all that we do on behalf of the dead as acts of chesed shel emes/kindness of truth, or true loving-kindness. The frailties and failures of a life do not disappear with death, but are then held as part of one whole, an ideal with which we may struggle at times, yet to be wrapped up in kindness that allows the dead to be more fully gathered to their people. So Yaakov pleads, that he not  be buried in Egypt, but brought home to Canaan to sleep in the ancestral grave in the Cave of the Machpelah.

That Yaakov sought to fully live in Egypt in the latter years of his life gives reality to his lasting teaching for us. It was here, in exile, away from home, away from all he had hoped would be, that he wrestles more deeply and earnestly than he had before. It is here that he finally finds at least an approximation of wholeness, even if yet imperfect, with and within his family. The holy RIM, Rabbi Yitzchak Meir of Rothenberg reminds us of Egypt as the narrow places in our own lives, Mitzrayim, from meytzar/strait, the places in which we are challenged to yet live with truth and integrity, to make our way without losing who we are. Ironically, it is Yaakov in Jewish tradition who is associated with truth, not as representing the ideal of truth, but as a frail human being who struggles, like all of us, toward the truth. Needing the blessing of truth to help him on the way of truth, we say in words of prayer each morning, thereby making the gift our own, titen emet l’Yaakov/give truth to Yaakov (Micah 7:20). Helping us to see Yaakov’s very human struggles as our own, however they may differ in degree, the RIM teaches, in this way we are also able to live in every Mitzrayim that is each one’s/al y’dei zeh y’cholin l’chi’yot b’chol ha’mitzrayim she’yesh l’chol…. 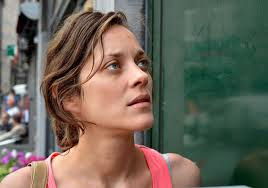 Whether in the day-to-day kindnesses we do for others, even at our own expense, or in allowing for the inconvenient presence of social programming in our own back yards, or in paying taxes with a sense of prideful purpose for the sake of the common good, or in recognizing that “me first-ism” is not the way of truth in either interpersonal or international relations, these are the real life situations in which we are called to act with integrity. These are the “narrow places” in which we wrestle, not in the gathering of our days, but all along the way, in the real moments of life, as in “Two days, One Night.” Holding all of the tensions between kindness and truth, with compassion for our selves and others, the question from film, from Torah, from life becomes our own, “what are you going to do?” emerging from “what would you do?”