Truth matters! In a time of increasing propaganda, the deliberate repetition of misinformation and outright and blatant lying, we need to reaffirm the value of truth telling. 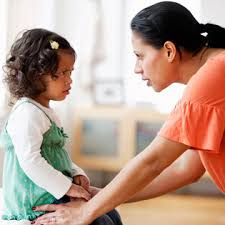 Most people learn the value of telling the truth early in life. Parents can be especially sensitive to gradations of lying. The child may hesitate to be fully transparent. For parents, that betrays a reluctance to reveal the whole truth. There may be a tendency to exaggerate. For parents, that demonstrates something is likely being hidden. There may be a strong denial, with yelling, stomping feet and slamming doors. For parents, that illustrates there is much more to come to light. It's hard to raise a child on lies. 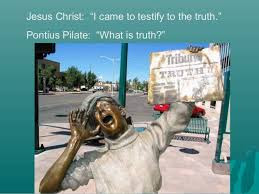 When Jesus was asked "what is truth," he invited his questioners to look at his life and what he represented. Ultimately truth is revealed, or not, in a person's life. We call it integrity. It's about following one's truth no matter what.
Gandhi said his life was an experiment in truth. He believed one must follow their truth no matter where it leads. For him, Truth was God. (Now before any Christians get all bent out of shape about this designation, take the time to understand the ancient sanskrit origin of the word Gandhi uses for Truth, Satya. It starts with Sat, the word for Being with a capitol B).
Most people who know the value of truth also recognize that truth is elusive. One person's truth can be another person's poison. Truth is usually divisible. We have to establish processes to try and discern the truth in any given situation. So in our government, we establish a free press. We establish freedom of speech and assembly. We establish checks and balances and a tricameral system. We establish courts and a system of justice.
We investigate. We try to gather facts, not opinions, but facts. We gather evidence. We interview those who may know something about the event in question. We use an adversarial system in a court of law. We ask a person, "Do you solemnly swear to tell the truth, the whole truth and nothing but the truth, so help you God," with a hand on the Bible. We don't always get it right but we try hard since getting to the heart of a situation matters. 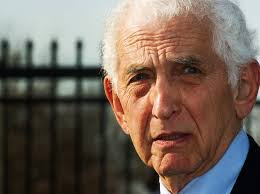 We went to see the movie "The Post" while it was in Brookings. We recalled those days when we were being lied to by our government. The "good news" out of Vietnam was repeated again and again while the "bad news"was the reality and the truth. Only after the war was over did we discover that Lyndon Johnson's Gulf of Tonkin incident, forcing Congress to allow full scale military action, was a lie and the steady drumbeat of "winning the war"was meant to deceive. We were grateful for a whistleblower named Daniel Ellsberg and a free press with the courage to publish the Pentagon Papers.
It reminded me of the other time lying was coming from the oval office. President Clinton said, "I never had sex with that woman." My mother and father would have been all over me with additional questions on that one. Like, "what do you mean by 'had sex?'"
Now we have a President who lies consistently. The New York Times has been counting, though the President labels the Times and all of the liberal press as "fake news." And when it comes to the Russia investigation, one has to wonder what the President is hiding that requires such frequent and aggressive activity against others.
Let's get to the truth. Let the Russia investigation play out. That was the essence of a response I received to a letter I wrote to Senator Thune some time ago. He seems to be of the same conviction now, given his statement to the Washington Post Thursday about the "Nunes memo." 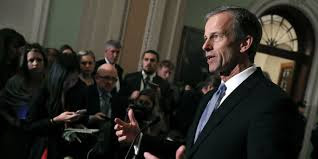 "Sen. John Thune (R-S.D.) said Thursday that 'the Senate Intelligence Committee needs to see [the memo], for sure' before it should be made public. Thune, the Senate’s No. 3 Republican, also told reporters that if the House was going to release the GOP’s memo, they should also release a rebuttal memo from House Democrats at the same time.
'I think they have to take into consideration what the FBI is saying,' Thune said of House Republicans angling for the memo to go public. 'I think they need to pay careful attention to what our folks who protect us have to say about how this bears on our national security.'”
I, for one, am grateful that at least one Republican Senator is willing to stand for pursuit of the truth and with our intelligence community. We won't reach the truth through partisan politics, suppression of evidence or removing those in our intelligence offices from their positions. Besides, our democracy is on the scaffold. Democracy can't survive on propaganda, partisan politics and lies. Neither can it survive if foreign agents are allowed to invade and sway our elections. What will Congress do about the Russia sanctions that are being ignored by this administration and cyber warfare from Russia that continues?
Posted by Vicky at 8:01 AM