"Last Gasp of a Dying Past 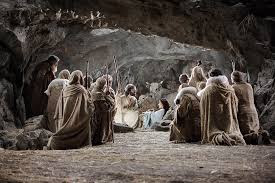 After the most recent degrading remarks by our President, I concluded he would have wondered how someone born in such a shithole as a manger, along with all those animals, could be an object of worship.

His foul mouthed remarks about Haiti and Africa, more than any other he has made (and he has made many), sealed the deal for me of his moral character. (Honestly, even after the Access Hollywood tapes, I held out hope he could be changed by the Presidential office).

The President has become the living symbol of the dying and despicable struggle to make America white again (and male). With each passing day, it becomes clearer and clearer that one of his most important agendas is reversing the racial demographics of this country. No more people of color coming in and lots more going out. And he continues to have the support of Republican partisans, who for years have been struggling to find ways to identify with people of color, and failing election after election. Apparently they have concluded that if the battle is lost to recruit people of color to their party, change the equation by sending them home and importing more Norwegians. 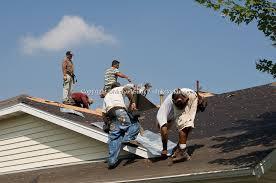 One part of the President's racist method includes broadcasting stereotypes. Early on in his campaign, we learned that all Mexicans were rapists and murderers. He would describe one criminal act of someone in this country without documents, and extend that criminality to all residents native to Mexico.      He included in his web of suspicion the workers from Mexico who re-shingled our home, who repaved Interstate 29, who cared for the cattle who gave us our milk, who picked the vegetables and fruits I ate yesterday, who came to our nonviolence trainings in the Black Hills.

He stereotypes Muslims as security threats, when the evidence is we are far more likely to be killed by a natural born citizen than a Muslim immigrant (the home grown killers are even invading our houses of worship). He institutes a Muslim ban from Islam dominant countries and hate crimes against Mosques and our Christian cousins rise. He foments religious hatred to the point where in South Dakota, some decry an interfaith prayer service at our state capitol. What is so terrible about people of different faiths praying together unless the "other" is a stereotype and not a person? 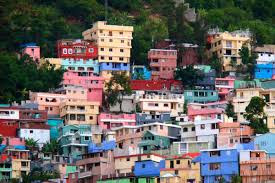 He stereotypes Haitians. He sends them home. I've been to Haiti. It is the poorest country in the hemisphere. There are historical reasons for the poverty, just as there are historical reasons for our relative wealth. That history is connected. But amidst the poverty in Haiti there is also beauty and joy. It is unlikely one born with a golden spoon in his mouth and always surrounded by the trappings of wealth would be able to see it. He would likely just see a shithole. But I wish the President would try. Please Mr. President, make a trip to La Gonave. Walk the hill from the dock and meet the people as I did. See the human spirit in the midst of the poverty. Understand they don't all have AIDS and be chastened.

He stereotypes Africans! There are 54 countries in Africa. We have long standing relationships with many. What must leaders in those countries think? How does it reflect on all of us? On an earlier occasion he is reputed to have said, Nigerians should go back to their huts! Perhaps he thinks Native Americans should go back to their teepees; and where would they put them?

Recent experience with Nigerians interested in learning about Gandhian nonviolence has helped me better understand the economics in that country. Fossil fuel interests dominate the Nigerian economy. Shell oil is famous there for lobbying government officials with enormous sums of money, destroying agricultural environments and some believe colluding in the assassination of a nonviolent activist. 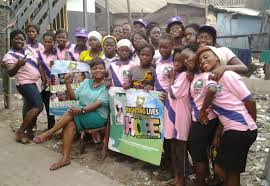 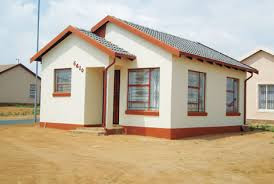 Nigerians do not live in "huts." That is a racist stereotype! Go, Mr. President! See Nigeria! See the world! And don't just stay in Trump Towers! Perhaps you can stay with my friends, Christopher Ehidiamen, a Christian teacher and leadership consultant for Nigerian corporations. Or maybe be hosted with Betty Abah, of CEE Hope, working with adolescent girls and against child marriage. See the real Nigeria and how we as a country might learn from them, how to be great again.

This President is a challenge for the party of Lincoln; for those who still believe in the Constitution and a democratic society; and most important to me, he's a challenge for the Christian church. Now is the time for the church to proclaim in no uncertain terms that ALL are children of God, born with dignity and deserving of our respect. Now is the time to make Sunday morning, as well as Friday prayers, or the Sabbath, or any other time of the week, the most colorful ever. It's our heritage and our destiny! This President and his stereotypes are the last gasp of a dying past.