I walked into our bedroom in the midst of the evening news.  The TV screen was filled with the warning of an imminent nuclear attack with the emphatic statement “This is NOT a drill!”   In the split second of seeing the announcement on the screen, I felt the terrible adrenalin surge of fear.  A sense of unreality filled my field of vision - along with an “O God - It is happening!”  And then in a fraction of a second, the newscast continued with the story of the  mistaken alarm that had terrified the people of Hawaii - warning of an incoming ballistic missile aimed at that lush, beautiful, often dreamed of corner of the world. 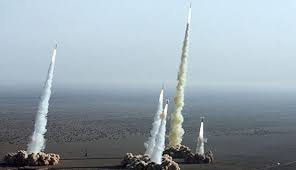 I had trouble falling asleep that night and when I finally did, my sleep was broken and restless.  At around 3 AM I laid there and asked myself “What’s going on - What is disturbing my rest?”  In an instant the answer came clear.  On a physical level, my body was still processing the adrenaline surge that came with the fear associated with those few seconds of partial truth as I responded to the notice on the TV screen.   But beyond that realization, I also knew that old, deeply seated anxieties were being activated again - memories going back more than 60 years. 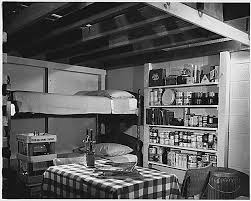 I do not recall there ever being much conversation in our home about the possibility of nuclear attack during the cold war.  But what I do recall is the purchase of a gas powered generator - just in case.  I remember the collection of gallon jugs of water that were frequently refreshed and refilled - sitting on the floor in our basement.  I remember the appearance of multiple cans of different kinds of food appearing on the pantry storage shelves at the foot of the basement stairs -this in a time when frozen foods had become the modern suburban housewife’s blessing.  I remember the construction of a rudimentary extra bathroom in the basement. 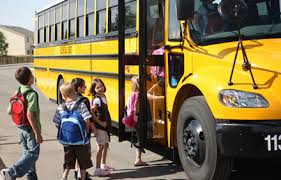 More vividly, I remember the air raid drills at school, the huddling under my coat in an underground hallway away from windows.  I remember strategizing in my head about getting to the school bus that would take me home to the safety of my family if there was an attack.  I remember wondering what would happen if the bus had to stop and we had to get out and seek cover.  Would it stop next to a ditch where I could find protection?  I remember wondering what to do about wearing light colored clothing and wrapping myself in a white sheet to protect myself from radiation if it was winter and I was wearing dark colored clothing and  a white sheet wasn’t available.  I remember waking from dreams in a sweat because the bombs had come.   I was 9 years old. 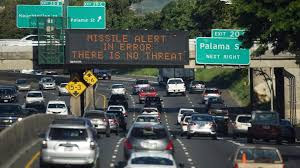 As I listened to the follow up reporting on the news, I heard a father telling how he had gathered his family in an inside bathroom without windows - huddling in a bathtub  for protection.              I heard of families running from home to the mountains for safety. I saw people frantically running in the streets, uncertain how to make themselves safe.   I heard of  human beings desperately trying to reach their love ones to say  “I love you.”  A nightmare revisited.
I realized that so little has changed since the nuclear threat trauma of  my childhood.  We seem to still live with the mentality that there will be a safe place to hide - that we can protect ourselves by retreating to a room without windows, that the mountains away from a city will provide safe haven.  I am just waiting for the government’s instructions to keep a supply of white sheets handy to wrap ourselves in as protection from radiation.
At the highest levels of government, nuclear sword rattling seems to be a fun game between bullies who have no grounding in the history of the reality of what nuclear weapons do.   They do not see thousands of human beings being killed instantly.   They do not acknowledge the desecration of the earth, the destruction of the environment, the radiation poisoning and cancer that will kill survivors.  They do not acknowledge the possibility of a nuclear winter in which  humans, animals, crops, and, quite possibly, the planet itself will die.  At times I wonder if the bullies with the power have any inkling that they themselves might be incinerated - or are they so certain that their bunkers will allow them to live on as they always have.
It takes a lot of will and energy and prayer to draw myself back from the edge of the abyss of fear and anger and resentment engendered by the willful lack of consciousness and empathy and compassion that seem to order the days of our supreme leaders.   I want my grandchildren to sleep through peaceful, nightmare free nights.  I want to hold on to the vision of  the Biblical prophets of a time when creation will be at peace with itself.  The best I can do today is turn to beloved thinkers and writers and prophets who continue to hold forth the vision when I am temporarily unable to hold it  myself.   Today, I turn to Howard Zinn:

To be hopeful in bad times is not just foolishly romantic.  It is based on the fact that human history is a history not only of cruelty, but also of compassion, sacrifice, courage and kindness.  What we choose to emphasize in this complex history will determine our lives.  If we see only the worst, it destroys our capacity to do something.  If we remember those times and places - and there are so many- where people have behaved magnificently, this gives us the energy to act, at least the possibility of sending this top of a world spinning in a different direction.  And if we do act, we don’t have to wait for some grand utopian future.   The future is an infinite succession of presents, and to live now as we think human beings should live, in defiance of all that is bad around us, is itself a marvelous victory. 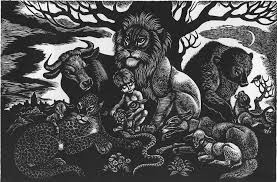