From Resistance to Renewal 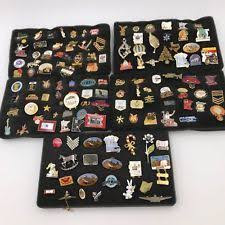 I had been looking through a box of old political, peace, and social justice pins, reminders of long ago demonstrations and projects for the sake of a greater good. I was looking for one pin in particular, one that I had thought about as I read and reflected on the Torah portion called Lech L’cha/go forth, or, as read literally, go to yourself (Gen. 12:1-17:27). I had seen the pin not too long ago, but now it seems to have disappeared, at least for the moment. Perhaps that is part of its teaching, to tell of a time when the way it represents will no longer be needed, when we shall no longer be called to stand up to unjust power and so to speak our truth. Perhaps also, the disappearance of this pin is to remind that what it represents is not enough by itself.

The missing pin is of a black symbol emblazoned starkly on a white background. The symbol is the final letter of the Greek alphabet, the Omega. Perhaps as the final letter it points also to when it shall no longer be needed, to a time beyond which there shall no longer be need to respond to its call. The Omega - Ω –became the symbol of draft resistance during the Vietnam War era, and thereby a general symbol of resistance. I can see that missing symbol so clearly, wearing it on my jacket wherever I went over a good number of years. I wore it when I went to the YMCA where I worked with kids while going to college, and when I served breakfast to many of the same kids early in the morning before school as part of a free breakfast program. So many of the issues are sadly the same today, so many human needs left unmet in the face of inhuman policies and a burgeoning military budget. 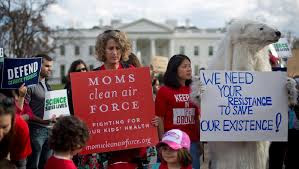 Throughout the land there is a movement of resistance rising today. In great gatherings of commitment, in vigils and walks, rallies and meetings, arrests and fasts, we are refusing to cooperate with evil, with brutality, with hate. Raising voices and signs, wearing old and new pins to remind, we are challenging in ways both great and small all that demeans and denies a common humanity that joins all people as one. In the midst of resistance, we still need to pause and to consider that resistance is not enough by itself. Resistance is a necessity of the moment, but even from within the moment and movement of resistance, we need to look beyond, to what it is that will follow when  morning finally comes. 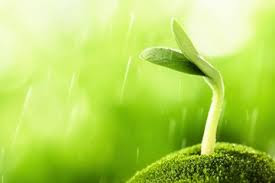 If a new day will dawn, we need to create its ways now and nurture them into being from in the very midst of resistance, modeling what it is with which we would replace the ways of hate and injustice, of violence and brutality. Children need breakfast, now as then, and our acts of public resistance later in the day will not feed them. The very feeding of children, of doing what is right in public and in private, of refusing to demean another, of standing up for those who are put down and mistreated, of loving in the face of hate that proliferates, all of this is the way of resistance. 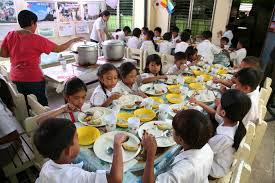 Living lives of goodness and decency, smiling at strangers, helping those in danger of deportation who need sanctuary, all of this represents sacred resistance; the way of the future lived now. Gandhi spoke of the need to create new structures in the midst of the freedom struggle, the meeting of human needs all along the way, as “constructive program.” While essential, it is not enough to challenge what we know is so wrong. Resistance is the starting point, the necessary beginning right from within which we nurture the new world into being.

The critical and creative tension between resistance to evil and the creation of an alternative reality is held between the end of the Torah portion No’ach (Gen. 6:9-11:32) and the unfolding of new possibility as it begins in the portion, Lech L’cha. Indeed, our calling is in those words, go forth, and in its literal meaning, go to your self, find your calling, find your place in the struggle and in the journey. It is here that the Slonimer Rebbe (a teacher of our time) introduces his signature theme, that every person has their own unique task and purpose in this world, their own unique way of bringing tikun/repair. In the midst of resistance to evil, we are each called in our own way to bring goodness and healing with every step of our going forth, to replace evil with good.

The journey of Avram and Sarai, not yet Abraham and Sarah, began before they are told to go forth, before God says for the first time, Lech L’cha. At the end of the portion No’ach, there is a cryptic statement, five simple words, va’yikach terach et avram b’no/and Terach took Avram his son. Where did he take him, and why? From a young age, Avram had seen through the shallowness and cruelty of his society. Both literally and figuratively he smashed his society’s idols and called for a new way, a way that recognized the creator God and the equality of all people created in the image of one God. Resistance had become dangerous and Nimrod as tyrannical ruler of the land sought to kill Avram. His father took him to save his life. 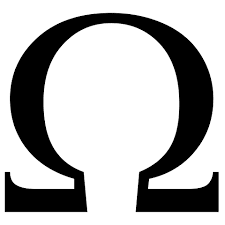 Resisting tyranny, Avram and Sarai pitch their tent along the way. It is a tent whose sides are open in every direction, that from wherever they have come, all who appear might find safety and sanctuary, welcomed without question. On their journey from resistance to renewal, they teach the way of kindness, washing the feet of wayfarers, feeding them, and offering shelter. As our legacy, their way of kindness becomes the constructive program that is at the heart of resistance, creating a new way from within the midst of challenging all that is wrong in the world around us. In the disappearance of a small pin that calls us to resist, a black Omega on a white backdrop is the hope that someday resistance will be unnecessary,
that we will have arrived in a time of vision fulfilled, of peace and justice, of harmony and hope, the day that is all Shabbat shalom/Sabbath peace. Sowing seeds along the way, deeds of kindness to soften the ground, then shall encircling flowers blossom around the tent of open sides and all shall see the beauty that from resistance has arisen.