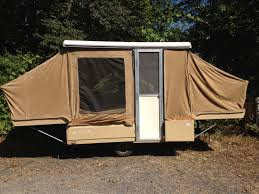 During the years of my childhood, my family went camping every summer, sometimes on Cape Cod, most often in the White Mountains of New Hampshire. We began with one tent, and as the family grew a second tent was added, our campsite becoming a veritable encampment. My parents were purists, only tents, never any thought of a trailer or even one of the pop-up varieties, a “tent-camper,” as we called them with some scorn. Nevertheless, the tent-campers fascinated me, always eager to befriend the kids of such families in order to get to see their home in the woods up close. Accepting my parents’ good-humored dogma that real campers slept on the ground, I think what really fascinated me, beyond the technology of a tent folded neatly into a metal container on wheels, was the brand name on most, if not all, of the tent-campers. I can still see the letters that fascinated me then, big letters that spelled the word, NIMROD.
I didn’t realize for some time, that the name of the camper was actually the name of a person. At some point I picked up a general sense that this was a famous hunter. Shrouded in mystery, I assumed this Nimrod was a quite a camper, surely sleeping on the ground, probably not very happy to be associated with those who didn’t. 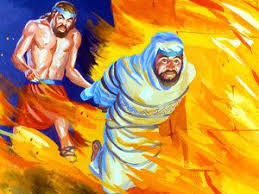 To my surprise, I next encountered Nimrod one year in Hebrew school. Seeing his name in Hebrew letters, I immediately saw the large English letters of his name on those pop-up tent-campers. Suddenly day dreaming of the past summer’s camping trip, enough information filtered through from the page and the teacher’s voice to bring me back to the moment. I started to realize with consternation that this Nimrod for whom the campers were named was not such a nice guy. Maybe he had been a great woodsman, a great hunter, but he was also quite a tyrant,
the one who wanted to throw the young Avram into a fiery furnace for rejecting his countries dogmas, for daring to be an iconoclast, literally smashing his father’s idols on his way to following one creator God in whose image all people are created equally.  I worried for Avram, seeing something of myself in his familiar stubbornness and insistence on following what he believed to be right. 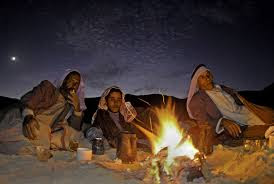 I thought of those long ago campers as I read the Torah portion No’ach (Gen. 6:9-11:32). Year after year I am drawn to the earlier parts of the portion, to the enticing and familiar stories of No’ach and the ark, of the violence that filled the earth, of God’s promise following the flood never to destroy the earth again, yet waiting desperately for us to make the same promise. I am always drawn to what seems to be the more exciting campsites and the more compelling stories to be told around the campfire. Yet every year as I come to the end of the portion I pause with amazement when I encounter Nimrod. This is the source of the hunter and woodsman who I first encountered, fittingly, in the woods.

In reading of Nimrod this year, I thought of a teaching of the Slonimer Rebbe, that all of the Book of Genesis is meant to help us clarify values, to purify qualities and ways of being and behaving in the world. It is all about taharat ha’middot/clarifying of values. I began to wonder about Nimrod, about the values we are to learn, remembering what he tried to do to the young Avram, feeling the tension between the evil I sensed of him and the trailblazer in the woods who beckoned to me, the young camper who wanted to swing an axe and handle a knife and be a hero.

It begins simply enough, and yet there is something mysterious, as though pushing us to ask, but who is he really? The Torah says simply, Cush begot Nimrod; he began to be a hero upon the earth/hechel li’hi’yot gibor ba’aretz (Gen. 10:8). Just what is a gibor, what is the nature of his being a hero? Gibor can be a hero, a mighty one, someone of strength. But what is the nature of that strength? Much of the latter part of the portion of No’ach offers a lens through which to consider how we use our gifts, our strength, how we use technology and intelligence, whether to build a tower of Babel to storm the heavens or to create an ark in which to ride out the storm, offering a model of harmony, lion and lamb together, a way yet to be realized after the flood.

We are told next that Nimrod is a gibor tzayid lifnei ha’shem/a crafty hero before God. Most translations translate tzayid in its more usual meaning as a hunter. In translating gibor tzayid as “crafty hero,” Rabbi Samson Raphael Hirsch (19th century Germany) is drawing on a root meaning of tzayid as deceit and deceiver, tzad. The hunter needs to be secretive and quiet, to utilize stealth and wiles. 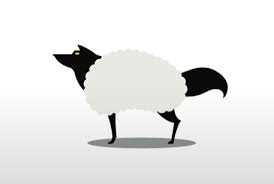 As much as I disdain hunting, except by those for whom it is truly for the sake of sustenance, I can respect those who respect the animals, even in the course of hunting them. This is not the way of Nimrod as seen through the lens of a tradition that saw the mistreatment of animals as a precursor to the mistreatment of people. Establishing himself as a great hunter, Nimrod sowed fear with his prowess, gradually turning to people as his pray.

Yitzchak Abravanel, a fifteenth century commentator of both Portugal and Italy, writes that until Nimrod all people were equal, hayu b’nei ha’adam kulam shavim. Abravanel goes on to say that the statement “he became a mighty man in the land,” means he became a tyrant. In a conversation across centuries, that all of this was “before God,” becomes the source of a powerful warning from Rabbi Samson Raphael Hirsch: “Nimrod began to oppress his fellow ‘men’ in the name of God. He was the first to misuse the name of God, to surround brute force with the halo of Divine approval…. Nimrod became the prototype for all those dynastic rulers who craftily crowned themselves with the halo of pseudo-sanctity and whose power, politics and hypocrisy were characterized by the saying, k’nimrod gibor tzayid lifnei ha’shem/like Nimrod, a crafty hero before God.” 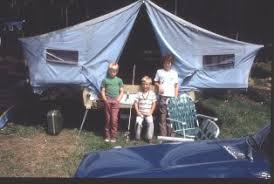 In a time when truth flows into the ground like the blood of slain animals, when hubris and hate proliferate, Nimrod appears as an archetype to remind us of danger along the path of life, of danger on the trail, of whom not to follow. He becomes a lens through which to clarify values and qualities, to remind of the treacherous divide between truth and falsehood. Turning from the ways of Nimrod, we strive to restore human equality as it was in the beginning, harmony between people and animals, as within the ark upon the flood, and so with earth, a dove alighting with an olive branch. In a place of peaceful encampment in the woods, lion and lamb together, Nimrod becomes again but the name of a simple dwelling that once so intrigued a young child.