The Promise of Peace 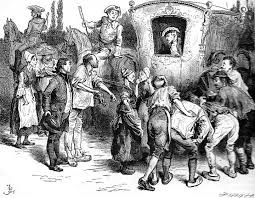 Some men like our president speak in superlatives. Others like Senator Grassley deride the “little people” whom he accuses of spending “too much money on booze, women, and movies” while he and others in some brazen act of reverse Robin Hood steal from the poor and give to the rich.
People living in high places have no qualms about transferring billions of dollars to the wealthiest one-percent, or discrediting and desecrating sacred institutions of democracy, or exploiting their power for personal pleasure, or waging preemptive wars in the name of peace, or inflaming Jerusalem in some new orgasm of violence. “We will bomb you into oblivion,” Donald says. And he means it. As if to reward him the stock market climbs to new heights. These are the best of times. These are the worst of times. It is an age of wisdom and an age of foolishness.
Stay woke my friends. Stay woke. Can you hear the voice of John crying in the wilderness? After the killing of Trayvon Martin the black community’s response was “stay woke.” Become aware. Be aware of the ways which racism, sexism, class-ism, militarism, economic and environmental violence, and the desecration of sacred places like Bears Ears National Monument affect the way we live. Stay woke to what is happening in our communities and the world in which we live. Stay woke. 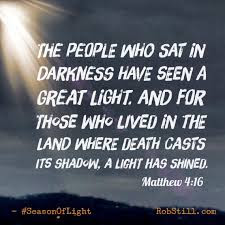 Developing a healthy paranoia doesn’t mean you’re crazy. Maybe it’s just you trying to be healthy. Prepare the way of the Lord. Make straight a highway for our God in this moral desert. Stay woke until every valley is lifted up, and the crooked places made straight, and the glory of the Lord is revealed in some shimmering moment of truth. Stay woke.
The birth of Jesus is not about a strange event that happened once upon a time in village far, far away, long, long ago, when a child was born. The birth of Jesus is the story of the enfleshment of God. That is what the word “incarnation” means. It means “going into flesh.” The Spirit going into flesh. And, Mary’s flesh magnified the Lord.
Robert Frost gave voice to this powerful promise of hope in a poem in which he wrote:
But God’s own descent
into the flesh meant
as a demonstration
that the supreme merit
lay in risking spirit
in substantiation.
Spirit enters flesh
and for all its worth
charges into earth
in birth after birth
ever fresh and fresh.
We may take the view
that it’s derring-do
thought of in the large
was one mighty charge
on our human part
of the soul’s ethereal
into the material.
Frost, a prophetic poet, believed the greatest enterprise of life is our penetration into matter, carrying spirit deeper and deeper into matter.
The meaning of the incarnation and the doctrine of transubstantiation is the celebration of the mighty charge of the ethereal into the material. The Word becoming flesh and dwelling among us full of grace and truth.
What does all this mean to you and me in practical terms? What am I trying to tell you about the promise of peace? We have just witnessed seven murders in ten days in Wichita. The habits of violence are deeply ingrained in our culture and in us. It is fair to ask if peace is possible. Like the prophet Habakkuk we stand on the ramparts of the besieged city and ask, “Is there any word from the Lord?”
My friends in the Satyagraha Institute tell me there is. They offer these three steps, which they call three key principles for peace:
1.     Change happens one person at a time. A community will change only to the extent that individuals in the community are willing to change. And we, each one of us, can be instruments of change. We can create ripples of change that will alter the nature of our relationships and our communities and our nation and the world.

2.     The path to change requires face-to-face interaction, meeting, and dialogue. If we want to
be agents of change we need to spend quality time with others who can help us work through difficult questions. Nothing can replace the power of studying, eating, reading, talking, walking, working and relaxing with others. 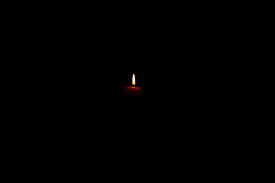 So stay woke, my friends. Even now God’s spirit is charging into earth in birth after birth. And you are a child of God. And that is amazing and wonderful and very good.