The Dream of Jerusalem:To Dwell Is To Make Peace Where We Dwell


It is not what I had planned to write about as my Shabbat letter that week. It is not what I wanted to write about. It hurts, bringing tears, to feel enmeshed in the raw politics that swirl in the world around us. I am not a political commentator, but a lover of Torah, of people, of my people, of all people. I am called to respond when people are hurting. I look to Torah as a lens through which to look more clearly, at times as a telescope to see distant realities, and at times as a microscope to reveal what is right in front of us. Jerusalem is a magnet that calls us whether we want to be called or not. We cannot engage in Jewish prayer without speaking of Jerusalem. We cannot learn our holy texts without encountering, without entering the courtyards of Jerusalem. We cannot follow the cycle of the Jewish year and not be among the pilgrims making their way to Jerusalem, bearing gifts of field and flock. We cannot attend a Jewish wedding and celebrate the continuity of our people through one couple’s love without remembering Jerusalem, her destruction and her rebuilding. 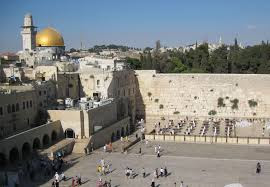 Memories flow unbidden. My first time in Jerusalem, the first morning, a Friday, walking in the streets and suddenly pausing, thinking it all seemed so familiar, taking in the scent through open windows and thinking, it all smells like Bobi’s kitchen. On a sabbatical, approaching the Kotel with my children, pointing out the site of the Holy Temple above. It was during Chanukkah and four year old Yossi rose up in ancient revolt, calling out to an imaginary Syrian-Greek soldier, “there is only one God!” It is the miracle that we emphasize, Yossi, the miracle that happened then, the right to be who we are, for all to be who they are, and the miracle that is still waiting to happen, waiting for us to bravely kindle the light and make peace. 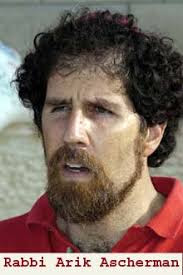 We had a house guest that week from Jerusalem, Rabbi Arik Ascherman, indefatigable, prophetic campaigner for justice and human rights, rights due to Jews, to Muslims, to Palestinians, to Israelis, to all people because they are people, human rights for all because they are human. It was late at night when he arrived. We began to speak of the day’s events, the day on which it was announced, the United States would recognize Jerusalem as Israel’s capital and move the American embassy from Tel Aviv to the ancient city at the center of our people’s story. We began to talk, and then it seemed too heavy, too much. We turned to Torah. Rav Arik spoke of his favorite midrash on the week’s Torah portion, the portion called Vayeshev. As in the world, so in the Torah portion, itself a reflection of the world, so much of the mourner’s sackcloth and fasting, Yaakov for the loss of his beloved son, for Yosef now sold into slavery, torn from his family, for Reuven as eldest brother on failing to protect the younger brother. And what is the Holy One doing, the midrash asks, creating the light of the King Messiah/boreh oro shel melech ha’moshi’ach (B’reishit Rabbah 85:1). Before the Messiah will come, though, the Holy One is waiting for us to also kindle light.

For some there was light on that day of the announcement, for others only darkness. If we would bring the peace and wholeness of the day that is neither day nor night, as we sing of Messianic time at the Pesach Seder, then there needs to be light for all. The miracle cannot be limited, its light constricted. As we stood in the kitchen late at night, two rabbis sharing words of Torah, knowing we were really talking about the events of the day, I shared an insight that came to me long ago on the first word of the portion Vayeshev. There is a fateful dynamic and challenge in that one word. Vayeshev ya’akov/and Jacob settled. With a slight grammatical shift, we have va’y’yashev ya’akov/and Ya’akov made peace. A phrase emerges in Hebrew, yishuv sich’such/to settle conflict. There is a strange rabbinic teaching on the word vayeshev: Every place it says ‘vayeshev,’ it is not but the language of pain/kol makom she’ne’emar vayeshev eyno eleh lashon tza’ar (Sanhedrin 106a). 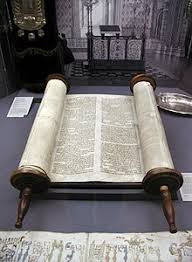 It is a teaching that has guided my life, to truly dwell, to settle in a place, we need to make peace in the place we dwell. And if not, then, alas, there shall be only pain. The rabbis say further that Ya’akov sought to live in tranquility when it was not yet time, failing to recognize the needs and realities that swirled around him. Offering commentary through the lens of his own gentle soul, the Torah T’mimah, Rabbi Boruch Ha’levi Epshtein (19th century), teaches of the responsibility of those who would walk among the righteous, there is not complete rest for them in this world because it is their duty only to repair the world and to fill its deficiencies/rak l’taken et ha’olam u’l’malei chesronote’ha.

We were as Jacob that week, and so we are, as he was in that moment of seeking to dwell in the way he wished to before it was time, when there was yet too much work to do to dwell in tranquility. However much we wish to dwell at the intersection of the ideal and the real, it is not that time yet; there is too much work to do. In the relationship of Jews to Israel, in the way of day-to-day details of modern statehood, Jerusalem is the capital of the Jewish state. We know only too well, though, when we allow it into our consciousness, that another people is still waiting for their state. Palestinians wait for the day when they too will dwell in a way that honors their love for the same city. In our shared love is a glimmer of hope, however hidden the light that the Holy One weaves, each strand touched with God’s tears. It is not yet time to proclaim and to act in a way that threatens the dwelling of others in the sharing of holy space. If only the proclamation had specified West Jerusalem, offering hope and shared yearning for the day when the capital of Palestine would rest in East Jerusalem, when the stories of two peoples would be told in the City of Peace/Ir Shalom. To dwell is to make peace where we dwell. If not, there shall only be pain. 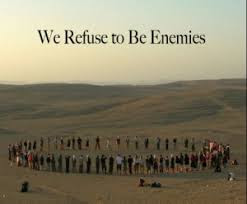 Whether in communal statements or in private conversations, to be true to the very meaning of Jerusalem there needs to be recognition of each one’s dreams. The flowering of the Jewish dream of Jerusalem internationally recognized for what it is as the capital of the Jewish state of Israel depends on equal recognition for the flowering of Palestinian dreams, of East Jerusalem as the internationally recognized capital of Palestine. The needs of Palestinians cannot be as an afterthought in communal, political, and religious statements. The weight of fifty years of occupation will only be made heavier if the fulfillment of one people’s dreams appears to defer yet longer the dreams of the other. If we do not make peace where we dwell, we shall only dwell in pain.

The dream of Jerusalem has been deferred before, waiting for the right person, the right time. King David desperately wanted to build God’s house, the Temple in Jerusalem, but it was not yet time, as recorded in the Book of Chronicles: And David said to Solomon, My son, as for me, it was in my mind to build a house to the name of God my God; And the word of God came to me, saying, You have shed abundant blood, and have made great wars; you shall not build a house to my name, because you have shed much blood upon the earth in my sight. Behold, a son shall be born to you, who shall be a man of tranquility; and I will give him rest from all his enemies round about; for his name shall be Sh’lomo/Solomon, and I will give peace and quietness to Israel in his days. He shall build a house for my name… (First Chronicles 22:7-10). 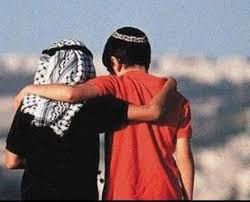 The Torah portion Vayeshev is one of warning, of challenge, and hope, with its gentle teaching that to dwell means to make peace where we dwell, seeds of the future planted amidst the pain of the present. David was not fit to build the Temple because of the blood on his hands, and yet the twisting line to the Messiah begins in this portion, rising from out of the breach. The line of the Messiah begins with the birth of Peretz, born to Tamar and Yehuda, as we see later in the Book of Ruth. Peretz means breach, as a furrow in the ground, a seed of hope planted in the furrow of despair.       The Slonimer Rebbe teaches, a new flowering begins with the blossoming of the light of the Moshiach/she’tatchil tz’micha chadasha tz’michat oro shel Moshiach.

As Jews everywhere pray for Jerusalem on Shabbat evening, may it be for all who dwell there and for all of the dreams and dreamers that yearn for tranquility. May we breathe in all of the stories that are carried in Jerusalem’s rarefied air, that are held in her ancient stones, that rise in the swirling of her dust. There is more work to be done now, but that is what we are called to do, to repair the world and fill its deficiencies. Not simply to dwell or to declare a dream fulfilled before its time, may Jerusalem yet be Ir Shalom/City of Peace. Blessed are you, God, who spreads the sukkah of peace over us, over all the people Israel, and over Jerusalem…,and over the hopes and dreams of all of her people and peoples, that together we shall make peace where we dwell. 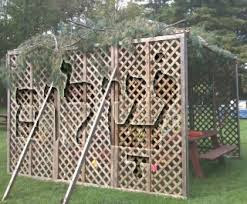