Stilling The Sound of the Ruthless 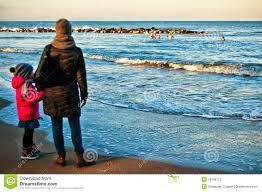 It is mid- November.  The weather has turned seasonably cooler after a prolonged departure of summer.  At least two human beings refuse to acknowledge that “the season” has ended - - still taking a leisurely swim in the waters of the Sound - even though there is a brisk breeze and the thermometer reads 43 degrees!  Rusty oak and sage-y green-brown blueberry leaves carpet our lane and the night sky is more visible at an even earlier hour.  The vacationing crowds of summer are gone. Fall has finally made an appearance.  Winter is not far off. 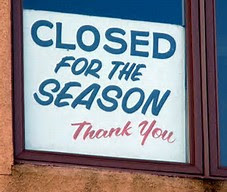 An even more gritty sign of the demise of summer is the increased level of activity as the island prepares to serve and care for the segment of the year-round population that is hardest hit by the onset of autumn and winter - women and men who depend on seasonal employment,  our elders, and our homeless population.  During the summer when the summer resort wealth seems to abound and there are jobs that go begging,  it is easy to forget that the summer bounty does not last, nor does it benefit everyone. 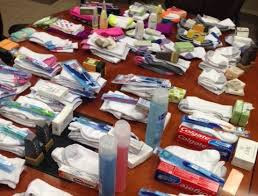 And so the organizational meetings  gear up again.  The call goes out to the community for  hygiene packs - soap, toothpaste, tooth brushes, deodorant, packages of warm tube socks, winter clothing - for distribution to the souls who will utilize the Houses of Grace - winter shelter organized by the island churches. Volunteers gather for training  - - people willing to  spend the night sleeping on an air mattress on the floor to help staff the shelters.
Back packs with  necessary school supplies are organized and distributed. Soups are  made and frozen for later distribution. Nightly community meals are planned. The Island Food Pantry hours  expand.    Volunteers make the food pick-ups at the local supermarkets and libraries and churches to keep the Pantry shelves well stocked. “Clothes To Go”  welcomes folks to come and “shop” for needed items while they await their turn in line at the Food Pantry.  No money changes hands.   Thanksgiving Dinners will “pop up” at various churches, at the VFW, and the American Legion Hall.  The Committee On Hunger will distribute baskets with turkey and all the trimmings to families in need.  All this in the service of being sure that no one goes hungry or without shelter for lack of attention on the part of the community.
Even with all this activity on the part of this island  in the service of people in need, no one believes or is fooled into thinking this is how the need SHOULD be answered.  The work and concern and loving service is indispensable - -  but in a “land of plenty” it should not be so.  In a true “land of plenty” there would be adequate affordable housing for all.   There would be functioning systems in place to assure affordable fuel.  Families would not be making the choice between feeding  themselves and keeping the house warm.
Our community is one of hundreds around the country who keep expanding our “band-aid” capabilities to care for the most vulnerable among us as the highest law making body in the land tries to figure out how to limit the funds and resources available to address these same issues nationally.  We do a pretty good job. Fortunately, we know we can carry on this way for awhile, seeking to gain some balance here between the “haves” and the “have-nots.”   There is enough consciousness and enough conscience to keep the community motivated. 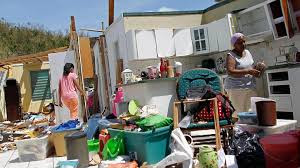 But what about Puerto Rico?  What about Gulf Coast communities still struggling to regain “normal”?  Where is the “balm in Gilead” in communities where the lines between “haves” and “have-nots”  are obliterated by natural disaster that destroys without discrimination, leaving an entire population without adequate resources for recovery?   Where is a generous sense of accountability on the part of our national government?  Why is the well being of so much of the population of this land not the top priority of our national leaders?
I take hope and direction from the words of the prophet Isaiah’s  psalm of thanksgiving (Isaiah 25:1,4-5), verses that follow on the almost apocalyptic judgments of God against those have ignored and transgressed against the Holy Vision for humanity:

O Lord, you are my God’
I will exalt you, I will praise your name;
for you have done wonderful things,
plans formed of old, faithful and sure.
For you have been a refuge to the poor;
a refuge to the needy in their distress,
a shelter from the rainstorm and
a shade from the heat.
When the blast of the ruthless was
like a winter rainstorm,
the noise of aliens like heat in a dry place,
you subdued the heat with the shade of clouds;
the song of the ruthless was stilled.

In no time at all, the airwaves will be filled with the sounds of Christmas.  What we hear, depending on the day and the choice of music, will either re-enforce our national predilection for ignoring the most basic needs of the human community in favor of rank consumerism, militarism, and partisanship or it will inspire us to embrace the vision of wholeness expounded in Isaiah’s words - - a wholeness where the “song of the ruthless is stilled”.  May there be a profound silence........ 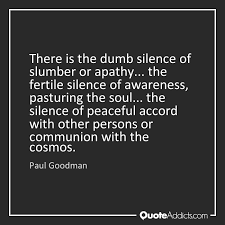 .......and after an appropriate pause, may we fill the silence with the music of the sounds of  “plans formed of old, faithful and sure...”, plans that embody justice and compassion, kindness and generosity, well being and hospitality.  May it be so.