Perhaps it was a Hint of Hope
Rabbi Victor H. Reinstein 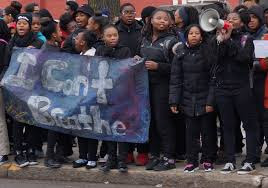 There was something different to me in the tone of a recent Black Lives Matter vigil. Something seemed different in the surrounding atmosphere, in the collective air that we all breathe, even as we gather to remember such as the choking cry of Eric Garner, pleading while held in a police chokehold, “I can’t breathe.” As we approach the two-year anniversary since the vigil first gathered, I try to be there on the first Thursday of each month whenever I can, making it on most months. The difference I felt was not in the warm connection among those who stand with each other. It was not a difference in direction or sense of purpose. The crowd seemed somewhat smaller than at other times, though not small, equally vibrant and committed regardless of numbers. I closed my eyes, often quietly praying the mincha prayer while standing in line, conveniently facing east. Offering the prayers of afternoon, I join my own way of prayer with the prayerful spirit surrounding all who are there. So too, connection is made with all the passersby, smiles, waves, and simple words, God’s image carried before us in so many different ways, a reminder of why we are there, of the common humanity that joins us all.

The difference this time seemed to be in the connection and interaction with passersby. There is always the supportive honking of a horn as cars pass, a wave and a smile from drivers, from cyclists, from pedestrians, people stepping from the bus, hurrying on home from school and work. Last night there was an uncharacteristic shout from the driver of a pick up truck, fist punching the air beyond his open window, yelling, “go Trump.” A collective sigh went up from the otherwise silent vigil, an expression of dignity. That seemed to be part of the difference I felt in tone, a dignified weariness. We are in it for the long haul now, and it is hard. The hate, the brutality, the coarseness even come to Jamaica Plain. 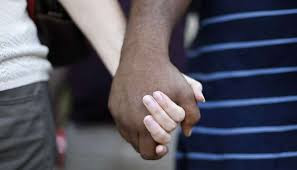 In standing together, we find strength, singing and sighing together, reminding our selves and passersby that we are all on this journey together.

And so too, passersby reminded us last night of our purpose in being there, reminding of the larger picture and of the human connection that joins us all. Yes, the driver of the truck who shouted at us offers one type of reminder, and a challenge. Perhaps some day he will appreciate our perseverance and even stop by to talk, even to stand. That happened to me once as part of another vigil, one seeking peace and an end to militarism, of US testing of submarines in Canadian waters. Every week a heckler came by, sometimes drawn to my kippah, often stopping right in front of me, shouting, too close for comfort. It was a weekly vigil, and every week I spoke calmly to the man as he leaned in, crossing boundaries of comfort and respect. I came to know well the markings on his face and the East European accent in his voice. Over time, I asked him of his story, of his family, from where he had come, gradually sensing a softening as he offered short answers to my questions. One week I was not able to make it to the vigil. During that week of my absence, I was told that the man had come by as usual, but he was quiet, asking the others, “where is my rabbi?” From then on, it was different, a connection made. The man never joined the vigil, but he no longer came by to harangue, only to talk and affirm the human connection that inheres among us all, affirming that we were indeed a peace vigil.

There was something more at the recent Black Lives Matter vigil that I continue to reflect on, to feel tearful and hopeful about.  There seemed to be a different way of interaction with African American passersby. Perhaps I have missed such interactions in the past, but I was struck last night by the number of African Americans of all ages who stopped at various points along the line to say “thank you.” There was something deeply moving in these simple words, but something that also made me feel awkward, even embarrassed. Standing up for justice, standing up in the face of our neighbor’s oppression and our own is what we are called to do because it is right, not as an act worthy of gratitude. It is an act of tz’dakah in its most basic meaning of acting for the sake of justice, for the sake of making things right, as called to action by the Torah (Deut. 16:20), tzedek, tzedek tirdof/justice, justice shall you pursue. In the whiteness of most of the vigil standers, it is an obligation to stand for those without white privilege, precisely the reason and the need to cry out that “Black Lives Matter,” that those facing injustice most directly not be left to cry out alone. In my discomfort with expressions of appreciation, perhaps I am also being too critical, failing to see an expression of the very connection we seek among us. The simple words of thank you can be heard as an expression of solidarity, that we walk hand in hand even as we stand. It is not that there are more white people standing in the vigil on behalf of black people. We are standing, black and white together, whether some are standing in the silent line, some passing by, some smiling, some praying, some knowing the scourge of racism all to close to home, together seeking justice, offering love and hope along a busy street as life goes by.

Most of all, I was moved to tears by a mother and son. She stopped right by the end of the vigil line, right by where I most often stand. The woman smiled and offered those two beautiful words, “thank you.” I simply smiled, wanting to hug her, but refraining. I have thought since that I might have said, “We are all in this together.” Perhaps that was conveyed in my smile. 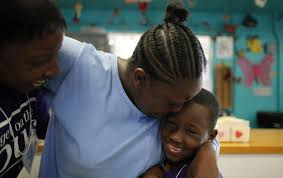 She then stood nearby, bending down to speak earnestly to her son of about seven or eight years old. She spoke into his ear, turning to point to the signs that said she mattered, that her son mattered. The two came closer again to the line of vigil and still with the same warm smile nodded her head, holding her son so close, and then to both him and to us sang out in prayerful cadence, “yes, Black Lives Matter!” Of love and justice joined, mother and child affirmed, so were we. As the two turned then to leave, I said to her the same two words, heartfelt and true, “thank you.” 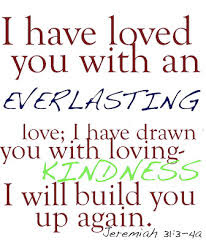 In this week’s Torah portion, Parashat Vayera (Gen. 18:1-22:24), God weighs whether to tell Avraham of the impending destruction of Sodom and Gomorrah, two cities so filled with violence, with hate for the stranger, for the poor, for the wayfarer that soon all shall crumble and be no more, unable to be sustained. The world is founded on love and kindness, not on hate, olam chesed yibaneh/the world is built on loving kindness (Psalm 89), and only in our so building each day as God’s partners shall the world be sustained.
In telling Avraham, it is with the hope that we shall keep the way of God--to do righteousness and justice/v’shamru derech ha’shem—la’asot tz’dakah u’mishpat (Gen. 18:19) Mishpat refers simply to justice. Tzedakah, as we are commanded to pursue it, is justice infused with love, with a quest to do good, to right what is wrong. Often joined together as a phrase, mishpat usually precedes tzedakah in the language of the Torah. Not here, in the face of such violence and social breakdown, love needs to infuse justice if we would rebuild the world and our society as it is meant to be. 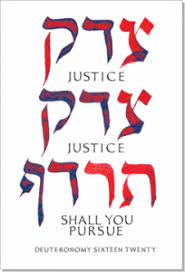 Each of us is touched by the love and kindness that brings us to stand in a vigil, to bear witness that Black Lives Matter, our weariness transformed into faith and perseverance. Of passersby who shout from fear and hate, and of those who smile and say thank you, we are all joined as one. Pursuing justice with love in the way of ancient command, tzedek, tzedek tirdof/justice, justice shall you pursue, reminding that every child matters, every life, so we shall build this world with love.
We cry louder, greater witness needed, when one person’s mattering is forgotten, a mother passing by and explaining to her son, grateful for the opportunity, a moment of gratitude that joins us all. There was something different in the tone, in the fall air filled with our silence and our song. With gratitude for the breath of life and for each one’s presence, touched by simple words of thank you, hand in hand we stand that no one should ever have to plead for the next breath that doesn’t come. Something different in the air, perhaps it was a hint of hope.