Recently I was reminded of a book I read years ago, The Miracle of Dialogue by Reuel Howe. One time Director of the Institute for Advanced Pastoral Studies at Bloomfield Hills, Michigan, he was an author of several books and died in 1985. His insights into dialogue and his understanding of its importance to the human community remain. 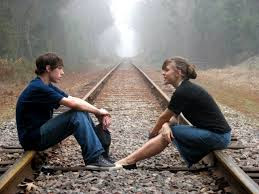 In the opening paragraph of his book he writes, "Every man (sic) is a potential adversary, even those whom we love. Only through dialogue are we saved from this enmity toward one another. Dialogue is to love, what blood is to the body. When the flow of blood stops, the body dies. When dialogue stops, love dies and resentment and hate are born. But dialogue can restore a dead relationship. Indeed, this is the miracle of dialogue."
On some of my early visits to India, the only available option for communicating with my family was Western Union. The offices were few and far between and telegrams were not a very accessible option. Of course, I sent postcards. But they didn't arrive till after I returned home. There simply weren't any options for actual dialogue in those years. Eventually the telephone connections were made and one could call with some degree of proficiency. Now, with the internet and cell phones, one can cover those distances in an instant and relationships can be maintained with a constant flow of dialogue.
That's not to say computers and cell phones are always used for dialogue. It's amazing how quickly we have moved from using the Post Office to electronic mail; from computer email to cell phones; from cell phones to texting. It is less and less common to hear an actual human voice on a cell phone. Now most scroll through words on a screen, with no actual human contact, ignoring or responding as the mood moves us. There's no dialogue, no human touch, in word or flesh.
Howe writes about some of the barriers to dialogue. One obvious barrier is language. Wanting to learn Spanish, I audited a course at SDSU. To my chagrin, I discovered homework and study was required. Traveling later in Latin America, I learned that non verbal language is universal. Although an English Spanish dictionary certainly helps.
Another barrier to dialogue is the defenses we put up, perhaps fueled by our anxieties. It might be "the dog ate my homework" response of the child to the teacher. Or perhaps blaming the sibling for the broken vase with "she made me do it." Neither of these responses further communication about the problem. Nor do they move one closer to a goal of dialogue, establishing "the truth." 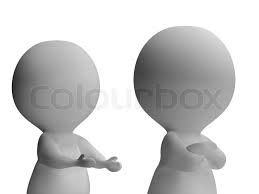 This past week I saw a critic of some of my columns, especially those I've written about global warming. I suggested we should have coffee together so I could visit with him about climate change, since he seems to be denying its existence. His response was that he had his books and reading to tell him about climate change. For him, no dialogue was necessary. Perhaps he prefers an adversarial relationship.     He certainly has models for adversarial relationships in the federal government and partisan politics these days. Now we have a tax bill before us that was once again crafted behind closed doors. There were no hearings, no inter-party debate or compromises. The legislation that results will boil down to a matter of purely partisan political power. 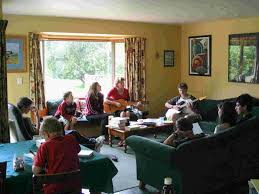 When we lived in Massachusetts we were participants in a house church. Every Sunday morning a different person would host our gathering and we would have different "celebrants." It might be a Catholic priest, a Protestant minister or a layperson. We would share bread and wine together and always have a dialogue sermon. There was mutuality, a chance for questions and comments; a time of listening and exchange. That dialogue broke down the barriers of background, age, gender, tradition, etc. We were all in relationship and the blood of our church body was flowing.
There was a gathering of a small group of young people at our home recently. Each person spoke at some length about what is giving meaning to their lives. It was an exceptional experience and the time passed quickly. Afterwards, one of the participants said, "we need to do this again. We never have conversations like this anymore." 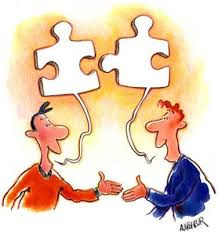 It's true. Dialogue that brings relationship into being is in danger of disappearing in a culture distracted by materialism and consumerism. Dialogue that can bring back a relationship that was near death is in danger from rugged individualism and an increasing fear of the "other and being "right." But for those of us who believe in the life giving qualities of dialogue, we must press on. As Howe says, "There is only one qualification to these claims for dialogue; it must be mutual and proceed from both sides, and the parties to it must persist relentlessly."