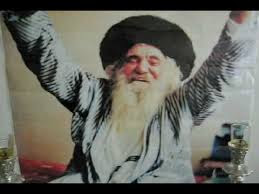 What do we see when we really look deeply, perhaps when we squint and try to see beyond the present place and time in which we stand? Reflecting on the way we close our eyes as a natural human response to pain, Rebbe Nachman offers a beautiful insight on what it means to see the world from within:

So it is when we want to look at the ultimate goal of Creation, which is all good, all unity. One has to close one's eyes and focus on one's vision -- i.e. the inner vision of the soul -- on the goal. For the light of this ultimate goal is very far away. The only way to see it is by closing one's eyes. One has to close them completely and keep them firmly shut. One may even have to press on them with one's finger to keep them shut tight. Then one can gaze on this ultimate goal... (Likkutei Moharan 65:3).

During the past week and weeks, as in hard times always, it can be very tempting to close our eyes, as though to block out the images and the hate. There are times, indeed, when we need to do that, when we know we can’t take in any more. It is the nature of Shabbos, to step back and renew, to look beyond. On this Shabbos, whether one is praying on the streets or in the synagogue, may we all take note of a different sense of time and being, pausing in some way in order to renew. If on the streets, pause if even for a moment along the way and offer a prayer, saying to another, singing out, Shabbat shalom, not simply a greeting, but a prayer for peace expressed in the essence of a day. And if in synagogue, hold the same kavannah in saying these two simple words, and be aware in the same way of the depth of our prayerful words and song, closing eyes and imaging walking feet, legs that are praying as well as words, all moved by an inner vision of wholeness, joined together as one. When we have had enough, though, and we close our eyes in pain, may it not be to block out, but to bring in, to see ever more deeply, to envision from within. 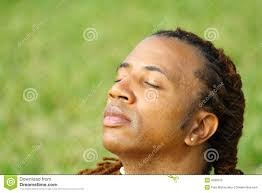 What do we see when we look into ourselves and into the eyes of others? Do we see the love as well as the fear, the strength and nobility as well as the weakness and vulnerability? Do we see the fear even in the eyes of the haters, wondering how the love that surrounds and joins us in resistance might surround them as well, until there is no place for their hate to go but to dissipate? It is the way of nonviolence to allow for that possibility, not to allow their hate to infect us, but in fierce opposition that in its core is nevertheless gentle, yet to love. It is the lesson and the way of making Shabbos each week, to create the change we wish to see all along the way, to live the future now.

It was the way in Charlottesville, so much fear and so much terror, the flags and chants that sickened, love and hate in fateful dance. In the coming together of so many people across so many lines, joined in love and horror, seeking good and goodness, daring to hope. Speaking truth to power, people unimagined, governors and mayors, we are challenged to imagine new coalitions and partners, young and old leading the march together, weeping and praying in synagogues, and churches and mosques, a great call and cry throughout the land. The fear is real, even as we try to look beyond. I felt panic, nausea, in seeing the images of Nazi flags, and the Confederate too, realizing the same sickness felt by African Americans, trying to see what they see, to imagine the psychic memories called forth for them. The hate makes us all as one, and so too shall love.

I pause and pick up a small piece of glass   sitting on my desk, turning it in my fingers, feeling tears rise. I picked it up out of the grass alongside the New England Holocaust Memorial, a small fragment of shattered glass, glass that remembered shattered lives, glass etched with the numbers that were etched in the skin of so many dead. It was the second time the Memorial had been desecrated this summer, a glass panel smashed with a rock. People gathered in beautiful diversity across all lines, there to support, to stand with the Jewish community. I cried when Izzy Arbeiter spoke, telling of the horrors, a ninety-two year old survivor, instrumental in bringing the Memorial to be. I felt fear, imagining Jews in Germany, in that time and place. I closed my eyes and then opened them. I looked out across the crowd and saw the difference from then to now. We were not alone. 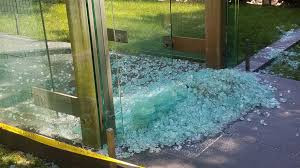 There among the gathered people, I saw Ralf Horlemann, the German Consul General who led our group of twelve Boston area rabbis to Germany last summer on a Journey of Remembrance and Hope. His face reflected pain, pain that he shared later after the ceremony, the pain of his own psychic memories. How can it be to see that flag? I remembered something he said to me when we visited a refugee center near Berlin. I asked him of the meaning of a postcard with the words, “Wir sind viele. Berlin gegen Nazis/We are many. Berlin against Nazis.” I wanted to know if it meant “neo-Nazis.” He looked at me and quietly asked, “does it matter?” I have since preferred not to speak of neo-Nazis, but simply of Nazis. 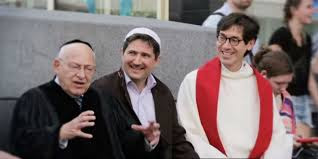 I had closed my eyes tightly to see beyond. Opening them again, I saw the crowd that had come to embrace our Jewish pain, Christians and Muslims and so many others, a rainbow gathering of diversity, all there together. We are challenged to see, to really see, to see ourselves in all our differences gathered as one. It is the quiet challenge of the weekly Torah portion called Re’eh (Deut. 11:26-16:17); Re’eh/See! anochi noten lifnei’chem ha’yom b’racha u’kla’lah/I am setting before you today blessing and curse. If hate is the curse, then love is the blessing. It is so easy in these days to be sucked down by the hate, to feel the pain and cry. The blessing is not only the love that flows from so many hearts. The blessing is the seeing itself. It is to close our eyes in pain and see the vision within of what might be, to open then and project the vision outward and onto the world. 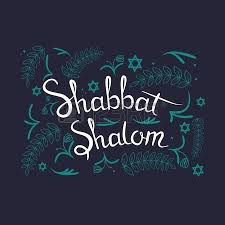 There has been so much pain and sorrow so much cause for anger and lament. If we really try to see, to close our eyes and open them again, there is an equal measure of good, of hope and love in the way of our response. With eyes both open and closed, may we see the reality of both, as we make our way toward Shabbos, as it comes now and as it shall be in the future when the world is filled with Shabbat shalom. In whatever way you make Shabbos this week, may all be safe and well, joined together with each other and so many others, love surrounding, enveloped by Sabbath peace.

Victor Reinstein
Posted by Vicky at 6:39 AM