I wrote to my friend in India yesterday asking about the welfare of relatives and friends he has in Houston. He replied that they were scattered but safe. Then I realized he probably also had friends if not relatives threatened by the flooding in South Asia, where thousands have died and millions have been made homeless. The latest reports say 1,000 have died in India alone. India's Prime Minister has been quoted as saying, "climate change and new weather patterns are having 'a big negative effect.'" 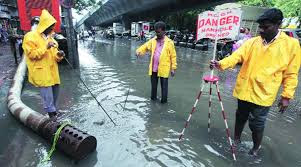 I remembered walking in Mumbai during monsoon on one visit there. I was walking in the street in knee deep water. Fortunately, I was with a friend who kept me away from the holes in the road where the rushing water was draining into the catchment systems below. Many, especially children, lost their lives that way. The undertow was strong and sometimes undetected till it was too late.

The reality is that climate change is upon us and affecting the lives and well being of people all over the globe. As we watch the unfolding events in Houston, we might be able to envision what is meant by environmental refugees. We might be able to begin to understand why the U.S. Defense Department has declared climate change a national security concern.

It's interesting to look at climate change through the eyes of the Defense Department. Everyone, at least in politics, seems to find this agency the most credible, given the enormous slice of the pie they are awarded year after year. Public perceptions of their interest in climate change are limited. But military planners have been concerned about the impacts of climate change at least since the George W. Bush administration. Some institutions, like the Naval War College, have been issuing warnings since 1990. And members of the intelligence community have had an ongoing relationship with climate scientists to assess the security implications since 2008.

In 2015, the Senate Appropriations Committee requested a report from the Defense Department about the most serious climate related security risks and what they were doing to minimize those risks in their planning processes. The subsequent report mentioned impacts of climate change were already being observed in the U.S., the Arctic, the Middle East, Africa, Asia and South America. The observable impacts included aggravation of problems like poverty; homelessness and large refugee populations; environmental degradation leading to water shortages and famine; and ineffective, weakened and unstable governments.

The largest naval base in the world is at Norfolk, Virginia. It floods about ten times a year. When this happens, the entry road to the base is underwater. Other roads on base are impassable. The concrete piers for the ships are flooded, shorting out power hookups. This all happens today simply because of a full moon that raises higher tides. Sea level at the base has risen 14.5 inches since WW1 when the station was built. The Union of Concerned Scientists predicts the naval station will flood 280 times a year by 2100. 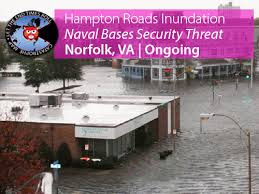 After his confirmation hearing, U.S. Secretary of Defense James Mattis, in written testimony to the Senate Armed Services Committee, stated how important it was for the military to consider environmental changes like open water routes in a thawing Arctic and drought in trouble spots around the world. For him, these were present day concerns and needed to be included in defense planning and implementation.

But as recently as last year, Republicans in the House of Representatives tried to block any new emphasis in the Defense Department on planning for responding to climate change. The same voices blocking new efforts to mitigate the impacts of climate change are often the same voices refusing to help restore the livelihoods of those most affected by it. We saw the lame response of some politicians to Katrina and Sandy, and the non response to many of the most vulnerable, often the poor and people of color. We should insist they open their eyes to the reasons for, and ramifications of, Harvey. 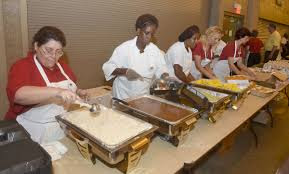 Claiming climate change is "fake news" or "in the hands of God" or somehow irrelevant to our future is now not only immoral but bordering on the criminal. Decision makers who continue to hold hands with the fossil fuel and other corporate interests that keep us on a path to climate catastrophe need to be held accountable. And we need to celebrate those good neighbors who always seem to wade through the waters with a helping hand; who spend 24/7 in the kitchen turning out hot meals; who treat an emergency like an emergency and leave their own lives and well being to turn up with healing and comfort and compassion for the afflicted.

Carl Kline
Posted by Carl Kline at 8:08 AM