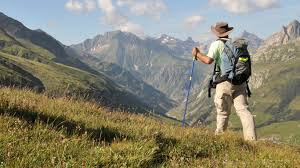 I tend to eschew martial language, even to a fault, and often, I admit, it is to a fault. In almost every context of striving, whether personal or social, or for the sake of analogy and metaphor, I prefer to find alternatives to what might be construed as military terminology. I prefer to work for peace and justice, to strive and to struggle, rather than to fight for it. I find dissonance in the very thought of fighting for peace, easier then to lose sight of the critical tension between means and ends. The language we use influences behavior, and subtly gives shape to consciousness and form to conscience. When called “to pray with our legs,” as in the holy words of Rabbi Abraham Joshua Heschel, I prefer to walk, to journey, to trek, rather than to march for whatever good cause summons us to the streets.

From long before I could give it a name, I have been drawn to the way of pacifism. I generally tend not to call myself a pacifist, but to see and describe myself as one who seeks to follow its path, to rise to its challenge. Failing too often to meet its challenge, I continue to seek and to wrestle, striving to come ever closer to the way of the pacifist. Often misunderstood, pacifism is not passive. To be true to its own calling, it is meant always to be active, whether in the larger spheres of life or in the most intimate, whether in word or deed, witnessed by others or not. It is a way of love and respect for the human creature and condition that becomes the seedbed and catalyst for active and creative nonviolence.

A seemingly simple word that has no single, positive way of expression in English, nonviolence, which I prefer not to write with a hyphen in order to better convey its own reality, is often as misunderstood as pacifism. Even though a more common term and referent to action, nonviolence is rarely recognized for its uncommon depth and breadth. When nonviolence is expressed or adopted only as a tactic, however preferable to its opposite, we fail to access its spiritual depth and larger strategic possibility. One can refrain from picking up a weapon or a stone, but still do nothing to bridge the chasm that stands not only between people in opposition to each other, but between the present and a better future.

In the way of Ghandi and King, the spiritual depth and power of nonviolence lies in its recognition of a common spark of humanity in every person, the image of God in each one. The challenge is to draw on that common spark, that common humanity, in seeking ways to bridge the divide that separates people from each other, helping each side in a struggle to see at least glimmers of common human ground and of a common stake in the struggle. We shall overcome does not mean overcoming or defeating the other, but overcoming the injustice and suffering which the other may in fact represent, ultimately overcoming that which divides us and bringing our opponent along with us to a better place for all.

It is so hard to do or even to imagine such bridging in times of struggle, and yet this is when we are especially called to the challenge, the process itself illuminating new paths. Even if unable to move an opponent in the present moment, nonviolence as active witness models for others a living alternative to violence, hate, and injustice. In the wrestling, we come to new insight and possibilities. Reflecting a way of striving, shalom as peace emerging form wholeness/sh’laymut can only grow when the tree of peace is not separated from its root meaning, shalem/whole, complete. 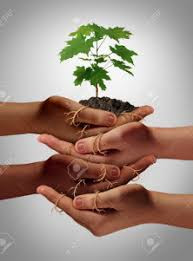 More than terminology, the challenge is to find a way of striving that will ultimately bring wholeness. It is the way of the Sh’ma (Deut. 6:4), “Hear, O, Israel, God, our God, God is One.” If God is one, than so too, created in God’s image of oneness, all people are one.

As does any sensitive reader of Torah, I struggle with so many of the Torah portions as we make our way through the latter part of the fourth book, Bamidbar, and into the fifth book, D’varim, in which we encounter the violence of the Canaanite wars. These portions are among those that contain what Heschel so helpfully refers to as the harsh passages. In reading and learning Torah, we are meant to learn how to navigate the harsh passages of both Torah and life, always remembering that the Torah is not about them and then, but about us and now. So too, engaging with sacred text, encountering and conversing with commentators and teachers of other times and places, we realize that our struggles were also their struggles, all part of a great human struggle toward shalom u’sh’laymut/peace and wholeness. As for many of our ancestors, I struggle with the language of these portions, as well as with what that language represents in various ways of understanding and in the particular bias of a translator. This week’s portion, Parashat Ki Tetze (Deut. 21:10-25:19), begins with words that appear several times in the surrounding portions, Ki Tetze la’mil’chamah/if you go forth to war. It need not be an absolute, an assumption of inevitable human struggle as reflected in the frequent way of translation, “when you go forth to war.” If, neither inevitable nor eternal, the vision is held before us of a world without war, and they shall beat their swords into plowshares, and their spears into pruning hooks: nation shall not lift up sword against nation, neither shall they learn war any more (Isaiah 2:4).

Particularly in Chassidic tradition, the surface meaning, the p’shat, is transformed almost immediately to reflect a different reality. In this way of reading, the Torah is not speaking about warring peoples, of external battles, but of internal struggle to change and bring out the best that resides deep within our selves and others. It is the essence of nonviolence and is not dissimilar to the Islamic concept of itjihad, jihad or struggle with oneself. For the Chassidic teachers, the battle that we are called to engage with is the battle with our own yetzer ho’rah/the evil inclination. It is that very inclination that the rabbis see as a positive force when channeled into the building of homes and the loving creation of families. The possibility of transformation is set in the deepest of human urges.

Turning the metaphor into reality, the Karliner Rebbe, among others, looks to the singular formation in the Hebrew, ki tetze la’mil’chamah al oy’vecha/when you go forth to battle against your enemies and says very simply, zeh yetzer ho’rah/this is the evil inclination. With the suffix for your in the singular, it is addressed to each one of us. Of your enemy in the singular, the Slonimer Rebbe teaches that this refers to ha’oyev ha’m’yuchad shelcha/your specific enemy. We each have our own personal struggles, our own demons. As the Slonimer teaches, we also each have a unique task and purpose in the world that is only for us to complete. In order to accomplish that unique purpose for which we are in the world, we must first overcome our own personal demons, our own unique “enemies.”

The Chassidic way of reading Torah through a lens of metaphor finds resonance in a statement from deep within Jewish tradition that is brought into conversation with the beginning of Parashat Ki Tetze. Once having gone forth to battle, warning is given that if a soldier desires a captive woman, he is to take her home and make her his wife (Deut. 21:11-14). For all that is problematic, acknowledged, wrestled, and cried with as we make our way through a harsh passage, in seeking to control the evil inclination of the soldier, the commandment helps to control the possibility of rape in war, which is no small matter in itself. From the Talmud (Kiddushin 21b), Rashi draws on a fascinating statement: lo debra Torah elah k’neged yetzer ho’rah/the Torah does not speak, except to challenge the evil inclination.

In the overall expression of this teaching and of Torah itself, the Torah seeks to replace evil with good, offering ways to navigate its own harsh passages and those of life; guiding us toward creation in the human sphere of a world of wholeness and peace that does justice to the physical beauty of creation, the world as it was envisioned at the very beginning. In speaking in relation to the yetzer ho'rah/evil inclination, there are times when the Torah offers opening and invitation to metaphor, when that is to be our way of reading, and other times when the way is clear, when we are meant to heed the commandments and respond to beauty of word and deed, learning to affirm life and creation in all that we do. So does the Torah speak not but in relation to the yetzer ho'rah/evil inclination. 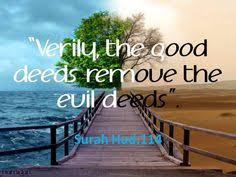 As we make our way through the Hebrew month of Elul toward the new year that begins with Rosh Hashannah, looking within ourselves and seeking to effect wholeness and make amends with others, the Slonimer suggests that we need new “weapons” in the “fight” with our yetzer. Language that I eschew, he writes, the old weapons from years past are not sufficient/lo maspik ha’neshek ha’yashan…; one needs, therefore, to search for ways and wisdom with which to find the renewed weapon/aych lim’tzo et ha’neshek ha’m’chudash.

Grateful for the way of transformation in text and life that our teachers have given us, at times I struggle with their language, even as I often do with the language of our activism today. In the holy work of seeking peace and justice, inspired by a way of reading Torah that transcends war, so it is for us to transcend the language of war and then war itself. Seeking the way of nonviolence in all of its fullness, in speech as well as in deed, praying with our legs, means and ends as one, may we journey together to the day that is all Shabbat shalom, a world of peace and wholeness, shalom u’sh’laymut.

Shabbat shalom,
Rabbi Victor Reinstein
Posted by Vicky at 8:21 AM