Democracy is a fragile arrangement. Basing a system of governing on one person one vote can be challenging, especially in a country as large as the U.S. and with all of our diversity.

Some are always tempted to define "one person" according to their preferences. In our history, the vote has been denied to: Native Americans, those without property, slaves, women, certain religious groups, the poor, young people and prisoners. (It might be noted that white men with wealth have always had the vote.)

Some states where there is one party in power work tirelessly to remove voters from the registration lists, limit certain groups from accessing the polls and discourage voter registration. For instance, the Supreme Court will rule next term on whether to allow Ohio to proceed with removing tens of thousands of voters from their rolls, Many believe Ohio has targeted minority populations. 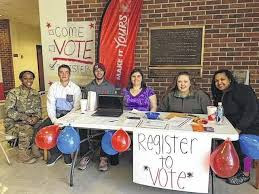 One might question whether this limiting isn't at work right here in my home town of Brookings. The issue is either lost or on a back burner, but the South Dakota State University Student Association (SA) asked the county for a polling place on campus. Problems were raised about too many polling places and not an adequate, available space on that huge campus. The question faded with turnover at the SA. One would think we would want to make it as easy as possible for our young people to vote, helping them develop a life long habit. But maybe there is some fear they might vote and disturb the status quo?

And it has to be said, what the President is doing to undercut our diverse democracy and encourage race baiting is despicable. There are Mexicans picking the fruits and vegetables I eat. Mexican workers put a new roof on our home last summer, working from sun-up to sun-down in the heat of the day. They did an amazingly professional job. It is Mexican laborers I've seen on highway construction jobs in this state. If we're honest, our country is still being built on the labor of people of color, the way it was during the days of slavery.

Democracy is a fragile thing.

Some of my Christian brothers and sisters also bear some responsibility for undercutting the inclusiveness and diversity of our democracy. For instance, I tire of the constant refrain one hears from the Gospel of John, "I am the way, the truth and the life. No one comes to the Father but by me." Many Christian church people take this passage totally out of context to preach a gospel of exclusion. Jesus said this to his disciples, who after all the time they have spent with him, still don't know who he is. It wasn't meant as a proclamation for all people for all time.

I'm sorry to say, that kind of exclusionary thinking is not gospel ("good news") and it's not the gospel of Jesus. Jesus was inclusive. He would want Muslim-Americans to vote. He didn't discriminate against people on the basis of their race (Sunday morning is STILL the most segregated time of the week). And Jesus certainly wouldn't agree with the Presidents' Inauguration pastor who recently proclaimed, "God has given Trump authority to take out Kim Jong-Un" (who also happens to be a person of color). 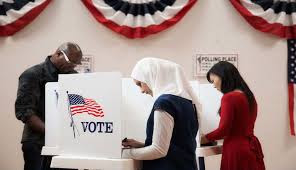 We need to wake up! KELO TV recently informed us we have the Creativity Alliance in our midst. They are dedicated to elevating the white race to the supreme place where they believe whites belong. In short, they are white supremacists. That means getting rid of lots of others. Check out their web site. It's hateful.

And in the meantime, we need to raise our voices in defense of democracy; in defense of, "We hold these truths to be self-evident: that all men (sic) are created equal; that they are endowed by their Creator with certain unalienable rights; that among these are life, liberty, and the pursuit of happiness."