They were two separate incidents, each causing hurt and confusion, each happening recently, within about a block of each other. On one occasion, about two months ago, I was standing in front of a local church where I had gone for an interfaith clergy meeting, people coming together to share and support, joined through differences. As I was about to enter the church, I had a phone call that a friend had a just died. Knowing that I would officiate, I walked quickly back to the car to make phone calls and respond to immediate needs. As I got to the car, parked just back from the street, a jogger approached and suddenly stopped, somewhat breathless. Turning toward me, he raised his fist high in the air and yelled, “BDS Israel!” I was stunned and taken aback, feeling threatened by a raised fist and a raised voice. With so much swirling in my head at that moment, I couldn’t quite process what had happened, all so quickly. At first, I wondered what does he know of my politics or of me? Does he know I am Jewish, or that I am a rabbi?  Then, I realized the obvious, it was my yarmulkah, of course, and that he was responding to me as a Jew. It was not about politics, therefore, but about something deeper, about whom I am as a person and as part of a people. I would have been willing to have a political discussion and to explore the web of associations from which his verbal assault came.  More importantly, I would have welcomed a person-to-person sharing, to have arranged to meet, to plan to have coffee at another time when there was not so much on my mind. But then he was gone, continuing to run rather than to engage, even as I turned toward him in my confusion and called out to wait a moment. 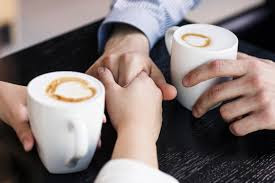 The other occasion was just a week or so ago, right in front of JP Licks. As I approached the store, just before the door, a rather disheveled man was sitting at an outside table with a dog. I had noticed him as I approached, feeling concern for him, wondering of his needs and situation. I thought I might say something, but before I could, just as I came near to him, I heard him snarl loudly under his breath, “Jew!”   Again, my head spun, wondering if I had really heard him, realizing that, of course, I had. 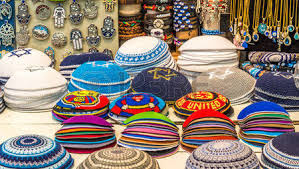 Again, it took me a moment to realize that it was my kippah. Covering my head as an expression of relationship to God, an acknowledgement of the holiness to be found in every place and moment, I am both completely unaware of the presence of a small piece of material on my head and completely aware, a merging of realities, knowing and not knowing become as one. I kept going, entering the store, feelings churning, wary of the dog, trying to hold the jagged disconnect between my feelings of concern for the man and the hateful tone of the word he had uttered, a word that describes me. The word “Jew,” beautiful and noble in its essence, in its description of who we are, or terrifying in its utterance, in its association with a yellow star used to identify a hated minority.
On my way out of the store just a few minutes later, I approached the man, pausing in front of him to make eye contact. I wished him a good day, and then I waited to give him an opportunity to respond. He looked up, as the dog did from its place by the man’s feet, “yeah, have a good day.” I thanked him and continued on my way. Later, I realized I would have liked to say so much more, to sit down, to ask him if he wanted some coffee, to ask if he could understand the pain caused by what he said, perhaps asking where it had come from. Though understanding why I had not said more, I was sorry that I had not had the presence of mind or heart to engage more fully in the moment. However much experience we have had with such expressions of animosity, it is confusing and disorienting when we feel a generic hate directed toward us simply for who we are, not as an individual, but as part of a people or group, or of a particular way in the world, whether bearing on religion, or gender, or sexual identity, or ethnicity or anything else that puts us outside the perspective or experience of the hater. 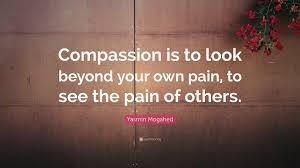 There are times when we need to go into ourselves and to feel the pain, to share it with each other, whether with words or simply with understanding presence. And yet, we cannot allow the pain to narrow the span of our arms or of our vision. We still need to hold all there is to be held of pain in the world, and even if through tears to see all the work that needs doing, so many others crying too.So it was in the effort to hold that jagged disconnect between my concern for the man and the hateful tone of his utterance.

Thoughts of these two incidents weighed on me as we approached the Sabbath called Shabbat Chazon/the Sabbath of Vision that precedes the mid-summer day of mourning called Tisha B’Av. The name Shabbat Chazon is drawn from the first word of the prophetic reading for the day, Chazon Yisheyahu/the Vision of Isaiah, his plea to turn from ways that hurt our selves and others, to bring healing and repair through justice and righteousness. That is the way of response if we would heal the world. Jews have shed torrents of tears through these weeks of summer heat that call up hatreds and tragedies of the past and remind us not to be drawn into the vortex, but to rise above it and build anew the Temple of hope and redemption, not a building of stone and wood, of silver and gold, but of love and compassion for ourselves and all within the human family. That is the gift of Tisha B’Av, the ninth day of the month of Av, a day of fasting and mourning for all the hate and destruction that has been. Marking the destruction of both Temples, so the destruction of the world is contemplated, God protect us, the holy houses that stood in Jerusalem each in its time having represented the entire world. Seeds of hope are planted in the midst of destruction. Tradition teaches that the Messiah will be born on Tisha B’Av. So too, this month is referred to as Menachem Av/Av the Comforter. It is not a month as a period of time that itself brings comfort. We are each to be the comforter, drawing from the pain experienced in holding the memories brought before us, and extending our arms to embrace each other and hold all there is to hold. 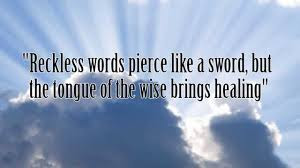 On the Sabbath before Tisha B’Av, Shabbat Chazon, we read the Torah portion D’varim (Deut. 1:1-3:22), beginning the last book of the Torah, Sefer D’varim, as Deuteronomy is known in Hebrew. As the portion and the book open, eleh ha’d’varim/these are the words, so that becomes our challenge and our comfort, to use words to connect rather than to divide. As Sefer D’varim, the fifth book of the Torah means literally, the Book of Words.
From out of confusion, acknowledging our pain in the face of hate, we are called to speak words to heal and not hurt, words to join us one to another. Responding to the small expressions of hate, that are really not so small, as encountered on sidewalks and street corners, whether addressed to us as Jews or to any other person for who they are, may words of love rise above and build soon a temple of peace that is the world itself.