Our Agenda is Justice

Our agenda is justice. When the political, economic, and spiritual life of the nation moves toward justice there is joy in the land and the whole body politic is healthier. But today we are confronted by a system of growing inequality and naked injustice. Wealth and power are increasing concentrated in the hands of fewer and fewer people and corporations. Oppression and exploitation act with impunity. There is work to be done.
At the moment the future is unclear. Will we become a kleptocracy, as many fear, or a democracy? Will we have a government of the wealthy, for the wealthy, by the wealthy? Or, will we be able to defend, preserve and protect a government of the people, for the people, by the people? The answer to these questions may come sooner than we expect. Government and legislative leaders across the land are telling us that children do not need quality public education, health care is not a right but a privilege, and national parks and monuments are not a treasure to preserve but an economic resource to exploit. We are being asked to believe that people are expendable and the earth is a commodity. 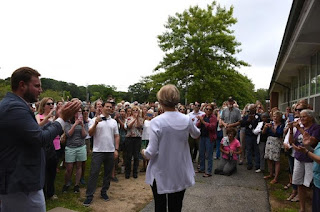 But in town hall meetings, congregational gatherings and union halls people are standing up and fighting back. Movements like Black Lives Matter and Resist have taken to the streets and to capital steps. People's courage and commitment is breathtaking. Each of these struggles is necessary. Each is important. What is missing is adequate theological analysis. Our theology is not as helpful as it could be. We need a more adequate understanding of our history. We still want to believe that the United States is "the land of the free and the home of the brave." We want to sing, "My country tis of thee, sweet land of liberty. . . .Long may our land be bright with freedom's holy light."
We have yet to grapple with the darker side of our nation's history. We cherish the words of the Declaration of Independence: "We hold these truths to be self-evident, that all men [sic] are created equal, and that they are endowed by their Creator with certain inalienable rights, that among these are Life, Liberty, and the Pursuit of Happiness." These are powerful words that cause emperors to quake and empires to crumble. But we have forgotten that this same document, the Declaration of Independence, labels American Indians "merciless savages," and it goes on to say that their "known rule of warfare is an undistinguished destruction of all ages, sexes, and conditions." We want to forget that many of the men who signed the Declaration of Independence also bought and sold human beings in the slave market.
We have not yet come to terms with this side of our history. We have forgotten that there were 70 to 80 million Indigenous Peoples in the Americas when Columbus "discovered" America in 1492. Native People lived here for 20,000 years or more before the dawn of the European Age of Discovery and Domination. We have not yet come to terms with what historian Charles Mann describes as the largest deforestation project in the history of the world, which happened as Euro-Americans moved from the Atlantic seaboard to the Mississippi River. 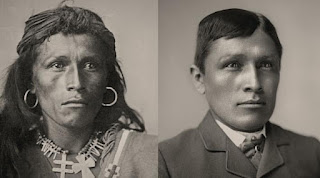 Only recently have we, white people, been willing to acknowledge that Indian boarding schools were by design what historian David Wallace Adams calls, "education for extinction."   The motto of these schools was "Kill the Indian, save the man." Today some Native Peoples call Indian reservations "extermination centers." Extermination centers in the heart of the land of the free and the home of the brave. We have not yet come to terms with this side of our history.
The United States today is a house divided. We have two histories that are met in a single document, the Declaration of Independence. One side extols our virtues, the other side reveals our shame. We have yet to come to terms with the fact that the United States is and was from the beginning a settler nation. White people suffer from what Navajo scholar Mark Charles calls "white trauma." White people are shamed by our history of Indian genocide, Black slavery and ecocide. Because we cannot accept responsibility for our history, we project the myth of American exceptionalism. We tell ourselves that the United States is the last best hope for freedom. We extol the virtues of rugged individualism and the free market. Because we deny the truth about our history, we justify colonial wars in distant lands, and label movements like Black Lives Matter and Resist as terrorist organizations. 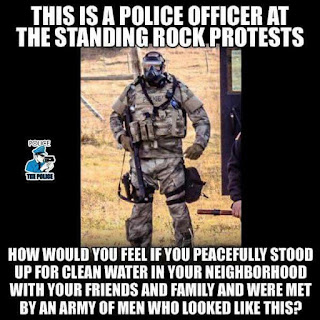 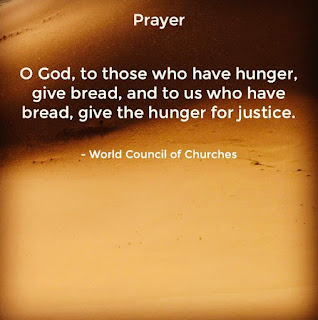 In Clarence Jordan's Cotton Patch Bible,  in the Sermon on the Mount the words of Jesus are unmistakable and clear: "Blessed are those who hunger and thirst for justice; for they will be given plenty to chew on." My friends, God has given us plenty to chew on.
Dr. William Barber challenges us with these words: "It is time to dig a little deeper, work a little harder, organize a little better." In the words of Isaiah, "Those who wait on the Lord shall mount up on eagle's wings. " We shall run and not grow weary. We shall walk and not faint. With heads held high we shall sing, "My country 'tis of thee sweet land of liberty."