What kind of people are we?

I was struck by a story that I saw on the MSNBC program The Last Word. on June 23, 2017.  In this program the host, Ari Melber, interviewed Karen Clay and her son, Mike Phillips. Michael suffers from Spinal Muscular Atrophy. He lives at home, in Florida, with his mother. Over the last 30 years Michael's disease has progressed and his care and treatment has become more complicated. Medicaid has made it possible for him stay at home and for Karen to remain his primary care giver. This situation will change dramatically and drastically if the Republican plan becomes law. 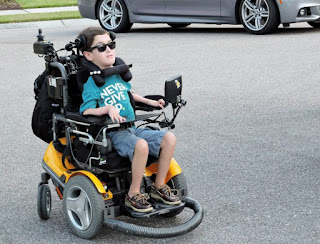 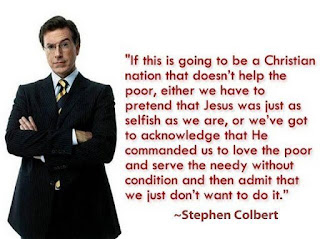 Following the way of Jesus is about making life changing choices. There are lots of Michael’s in this world and there will be many more to come. We can say that his situation is unfortunate and we are truly sorry for that, but we can’t help everyone who is in need. That’s one option. A second option is to say we will do our best to do what we can for “the least of these,” recognizing our own limited resources and the myriad responsibilities that we each have. Random acts of kindness are much better than random and not so random acts of cruelty. Something is lot better than nothing. A half a loaf is more than no loaf. But there is a third option. As you do to the least of these you do to me. God stands in solidarity with the hungry, the poor, the prisoner, the stranger, the unwelcome and the unwanted, the outcasts and yes, “the least of these” because it is here that community is formed. Here on the margins character is tested and shaped and formed. Here is where we answer the question: What kind of people are we?
From a faith perspective government is not the “art of compromise.” The purpose of government is the pursuit of the common good.  And, the measure of the economy is the well-being of the people.

What kind of people are we? We are about to find out.