In the midst senate hearings in Washington DC and parliamentary elections in England and reports of numerous terrorist attacks against a variety of homely sites like ice cream parlors, it would seem as though confusion and chaos, dishonesty and violence, subterfuge and obstructionism are the values that rule the day.  It becomes a spiritual discipline to begin each day with a re-connection with what is good and true and hopeful even when awaking into the ongoing nightmare.  Even our small town island politics reflect the larger milieu as a local CEO is fired without adequate public explanation and a popular school teacher leaves the system leaving many questions unanswered. 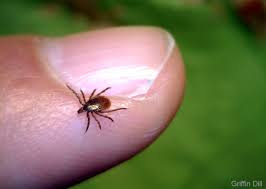 It is tempting to wonder if something akin to Lyme Disease is affecting the entire neuro-muscular system of our culture, both national and local.  Lyme is a pesky, often chronic, and occasionally lethal infection - a gift of the deer tick, which seems invincible - a gift that keeps on giving.  It causes all kinds of symptoms from chronic headaches and muscle pain to fever to neurological disturbances and more, all in varying degrees of severity.   The medical establishment's struggle to recognize, diagnose and treat Lyme is ongoing and not yet fully dependable and accurate.  There are days when, for many folks, fear of the deer tick rules the day.
And so it seems with our human ability to  come to terms with the far reaching effects of dishonesty and violence and subterfuge and obstructionism - along with the confusion and chaos they generate.
BUT!  and it is a huge BUT!  Along with the onset of the most active tick season in the month of June also comes the month of celebration of another generation of young people preparing to make the long walk to the podium to receive their diplomas.  All around the world the possibility of an antidote to the infections that stalk humanity is donning its robes and "mortar-boards", or, as is also the case on our island, throwing off their shoes and donning flower garlands on their heads, preparing to step out and make a difference.
A high school guidance counselor describes the Class of 2017 this way: “Since their freshman year, they have volunteered for every event we’ve asked them to volunteer for, helping with the eighth grade transition, the Race-Culture Retreat." She highlighted the Stand With Everyone Against Rape (SWEAR), for this volunteering spirit, particularly among the young men of the senior class.
“We collaborated and created a training program for boys. They talk about how sexual assault is not just a women’s issue but a men’s issue as well, and how it’s time for men to step up and accept their privilege.”   Seventeen and eighteen year old kids did final research projects on innovative treatments for debilitating diseases and on the effects of gender bias on education in the classroom.  Once again, members of the graduating class, along with a few thousand other kids from around the world, attended a Model UN Conference in New York City for a simulated learning experience that helped them to train their minds to think critically and do problem solving in collaboration with people from other cultures.
So as the tick season hits its stride and when high profile hearings seem to uncover ever more of the presence of a long suspected disease, it is a reasonable comfort to sit in the crowd as "Pomp and Circumstance" begins and another generation of young adults, far more savvy than the previous generation was at the same age, prepares to make its influence felt. 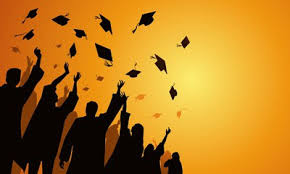 They send a strong message of hope and resilience to the rest of us who feel outrage, sadness, weariness, and often, fatigue, with the enormity of the dis-ease that confronts us on a daily basis, that the "research and development" for an antidote is well underway.

Vicky Hanjian
Posted by Vicky at 9:56 AM