The Chimera of Multiculturalism 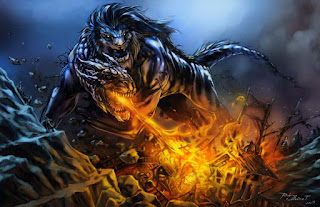 The United States has moved from the notion of being a “melting pot” to becoming a multicultural society. While some people are holding a rear-guard action to protect the values and virtues of the White Anglo-Saxon Protestant culture that shaped and perhaps even defined the US culture since the founding of the Jamestown colony in 1607, the rising tide favors the advocates of multiculturalism as the US becomes an increasingly diverse society. But is multiculturalism the road to the future, or is it a chimera? Webster’s Dictionary variously defines “chimera” as “a monster vomiting flames,” and “an illusion or fabrication of the mind.” I will let the reader decide.
Multiculturalism emerged as an umbrella term in the 1980s and 1990s, indicative of our changing demographics. Multiculturalism is clearly to be preferred to either a system of apartheid or forced assimilation. And the concept enjoys broad public support. However, there is no standard definition of multiculturalism. A thin definition of the term equates multiculturalism with tolerance of diversity. A somewhat richer understanding of multiculturalism proffers that a multicultural society accepts and incorporates the values, beliefs, and ideas of people from diverse cultural backgrounds. An even denser and thicker definition of multiculturalism suggests that the concept embodies the celebration of diverse cultures and empowers diverse cultural groups to claim a greater measure of equality with others in the public square.
Because multiculturalism is an umbrella concept the breadth of groups and concerns that cluster under its shelter is breathtaking. Multiculturalism includes all groups protected by the American Disabilities Act, demands respect for all holidays, offers protection against discrimination in employment, encourages the development of educational curriculum that respects racial and ethnic diversity, and much more. For some advocates, multiculturalism is a rights-based concept that applies both to individuals and groups. Accordingly, everyone has equal rights, and society has a moral and legal obligation to respect and protect the rights of each person and group.
The concept of multiculturalism has broad appeal in a liberal democratic society—within limits. The rights associated with multiculturalism are civil rights. When the norms of multiculturalism begin to impinge on political and economic rights we often witness increasing tension among diverse groups and popular support for multiculturalism softens. A desire on the part of the majority to maintain the status quo and the appearance of social unity outweighs the urgency of change for the sake of greater inclusion. Multiculturalism has its place, and it must be kept in its place. Enduring poverty in the midst of abundance and recent battles over voting rights witness to a retreat from multiculturalism in these areas of public life.
The retreat from multiculturalism is due neither to a lack of awareness of the need for change, nor a want of desire on the part of well-meaning citizens to “do good.” Like the myth of the “melting pot,” the impetus for multiculturalism comes from a strong desire to remain true to the creed of E Pluribus Unum. What is missing in this effort to preserve unity is an adequate understanding of our historical context. It is this failure that turns an otherwise noble intent into a chimera.
Many Native American scholars and historians like David Chang and Roxanne Dunbar-Ortiz are helping us understand that everything in US history—nation, race, and class—is about the land. Who controls the land and determines how the land is used is a—perhaps the—central theme in US history. 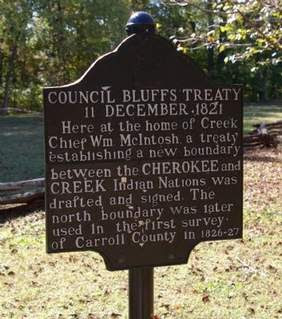 Native Americans, faith communities that have repudiated what Steve Newcomb, Shawnee/Lenape, correctly calls the Doctrine of Christian Discovery and Domination, and others who are calling upon the United States to honor the 370 treaties between the US and Indian nations, are changing our national narrative and shifting our moral compass in recognition of the importance of land to our national narrative.
Non-Indian people are beginning to understand that the real history of the United States is defined by settler-indigenous relations. Indigenous Peoples owned the land, the settlers wanted and needed the land, and with the blessing of the church they took the land. Setters invoked the quasi-religious doctrines of Terra Nullius (empty land) and the Doctrine of Christian Discovery and Domination to justify Indian genocide. The philosopher John Locke provided the necessary justification for taking the land. He argued that the settlers were defending the superior European civilization and religion (Christianity) against the “pagans” and “wild beasts.” Because the settlers were obligated to defend their superior way of life against the threat posed by the Indians, the Indians were obligated to pay for the cost of the war waged upon them. Taking the land was, in Locke’s view, just compensation paid to the settlers by the indigenous pagans. 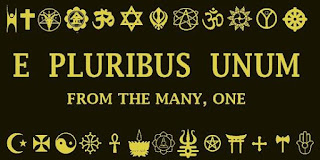 I am not ready to give up on E Pluribus Unum. But if we want to turn this chimera into a viable vision we have to begin with the historical reality of indigenous genocide, exploitation and subjugation. Repudiating the Doctrine of Christian Discovery and Domination opens the way for honoring treaties and giving Indigenous Peoples control of their own land and political and economic future with cultural integrity. Of equal importance, acknowledging our real history is a truth that sets white citizens free from the shackles of historical distortions so that together we can find our way to a future beyond multiculturalism; a future in which interracial justice is normative.