Last Sunday as I sat listening to the bell choir play the prelude at church, I recognized the melody in a medley they were ringing. It was the hymn "Be Still My Soul." I was moved by the music. I realized I was moved because my soul was troubled. It wasn't still. I wasn't at peace.

The soul disturbance continued through the greetings, the singing, the Scripture readings, the children's time. It wasn't till the congregational prayer when I approached the lectern that I realized I had to confess my soul sickness. Before I could pray for others I had to unburden myself.

So I told the congregation how I had heard and then read the news from Kansas City. How a man had shot and killed a man of Indian descent, shot his friend, also an Indian national working in this country, and then shot a bystander who decided to intervene. He yelled at the men from India, "Get out of my country."

India is my second home. I've been in India a total of a dozen times over the last 39 years. I've never been threatened nor felt threatened while there, among the very wealthy or the poorest of the poor. 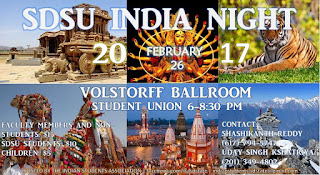 The first person who contacted me after 9/11 was a friend from India. He assured me it was an attack not just on the U.S. but on all humanity, including him and his country.

I informed the congregation that Sunday evening was India Night at SDSU. It's a wonderful occasion when the community joins with students from India for a night of food, dance and culture. It's an occasion my wife and I look forward to every year.

But how was I to face friends and neighbors from India that evening? Another terrorist had done his damage, spreading fear and hatred, simply based on a person's appearance or seeming national or religious origin?

My heart was heavy Sunday morning and it only got heavier as other news surfaced.

As I wondered how we could assure guests or even citizens in this country of their safety, when every unstable and troubled person carries a gun, I received an unwanted response. As he prepared to lament the killing in Kansas City in the State of the Union address, the President, without any fanfare, chose to repeal a regulation that put the mentally ill in a background check database. It's estimated that will allow 75,000 people with a history of mental illness easier access to weapons.

Also troubling was the response of the grief stricken parents of the dead Srinivas Kuchibhotla. They encouraged parents in India to send their young adults to university in Europe or Australia, not to the United States. For them, there was no longer any assurance they would be safe here. Would there even be an India night in the future?

Then I spoke with my brother and sister-in-law. They were with her family in Chile for the holidays. She shared how she spent 45 minutes in a TSA holding room on their return to the states. No reason was given. There was no explanation for a U.S. citizen who has lived here for 40 years. There was no notification to my brother waiting patiently at the baggage carousel (no cell phones allowed in the holding room).

Then came Tuesday night. The Brookings Human Rights Commission introduced a Resolution of Inclusion to the City Council for their consideration and action. It affirmed our place as an inclusive city that treats all people with dignity and respect. The resolution  celebrated our diversity and reaffirmed our commitment to equality of opportunity and justice for all. It confirmed our intolerance of discrimination and hate or bias motivated activities.

Several persons spoke in favor of the resolution. They represented school teachers, ministers, SDSU, the Inter-Faith Council, the larger community. When those who supported the resolution were asked to rise, the council chambers were filled with those standing. 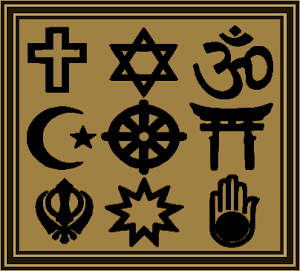 Speaking to the issue, the Councilors one by one affirmed the resolution. One Councilor summed it up saying she believed in the Golden Rule, "do unto others as you would have them do unto you." The role was called. By a unanimous vote of 7 to 0 the resolution was passed.

We applauded! But we were also reminded that the Council is only seven people. It's up to all of us to put flesh on the bones, at the grocery store, on main street, in school, at church and with our other elected officials.

Thank you Brookings! Now my heart is not so heavy. I know that at least in this small community in the heartland, there is still a special welcome for the neighbor. May it always be so.