Singing Across a Chasm in Time 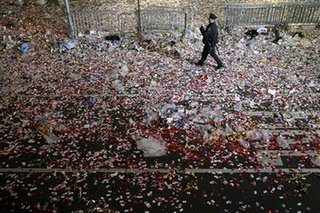 Someone I have known for many years came up to me after a recent Black Lives Matter vigil, song still lingering in the cold air from our closing, and with hand extended wished me a “happy new year.” I am ashamed to say that my response in kind was not immediate. As has become a reflection of the times, even simple greetings of hope and joy seem to become fraught. Struggling to find words, as in “a happy new year in spite of it all…,” my response was more of gloom than of a simple returning of good wishes. I hadn’t really intended it that way, but that’s how it came out, how a simple and good human interaction became twisted by the larger context of fear and despair, indeed, of gloom.

My friend stammered, as though feeling he had erred in seeking simply to wish me well. Feeling his distress as my own, discomfort flowing into the space around us, I realized the truth I had forgotten, that the nature of our day-to-day interactions affects the quality of our efforts to foster justice and peace in the world. Whether words bring approach or reproach, whether they join from heart to heart or collide in the air between is the challenge in the first word and name of that week’s Torah portion, Parashat Vayigash (Gen. 44:18-47:27). The same root can form lageshet/to approach, or it can form l’hitnagesh/to collide. The choice is ours, daily renewed.

Allowing the simple and the good, the human way of approaching each other to be shunted aside, to become victim to our own despair, is not good. To respond reflexively from out of gloom is not the way that we will meet and overcome the challenges that beset us. When we are worried and in despair, we need to reach out and to sing out, raising our voices in deep soul song to help guide us across the chasm and give light to the path. I think of a beautiful agada/a telling that emerges from Parashat Vayigash. It is a telling that emerges from one word, from one name in the portion, as an entire song rising from one note, as a flower from a seed. In a genealogy of Jacob’s sons and grandsons, there is mention of two women. Jacob’s daughter Dina is mentioned. And with the sons of Asher the Torah tells of their sister Serach. Appearing directly two times in the Torah, we only know that Serach is the daughter of Asher, learning here, as well, who her brothers are. From this tantalizing seed, this first note, hints drawn by the rabbis from elsewhere in the Bible (2 Samuel, 20:16), a great song flowers, a song that sings the wisdom of this wondrous woman. Legend tells that she lived from the time of Jacob through the four hundred years of enslavement, who on the verge of the Exodus and freedom told Moses where to find the coffin of Joseph, whose descendants were bidden to carry his bones from Egypt to Canaan.

The link in all of this is one of song and the wisdom needed for song to rise and guide us across the divide, from one place of being to another. As Joseph’s brothers returned from Egypt to their elderly father Jacob, they suddenly wondered how they would ever tell him that his beloved son Joseph was still alive and was the viceroy of Egypt. As they approached home, they saw their niece, Serach, and then they knew how they would avoid overwhelming their father with the shocking news. Known as a singer of songs and player of the harp, Serach would sing the news to her grandfather Jacob. As the telling goes, she sat down before Jacob and sang, “Joseph, my uncle, lives, he rules over the whole of Egypt, he is not dead!” She sang the words many times until her beloved elder became calm and began to smile and sway. We are then told in the telling, “His joy awakened the holy spirit in him, and he knew that she spoke the truth. The spirit of prophecy never visits a seer when in a state of despair or in a state of grief; it comes only together with joy.” 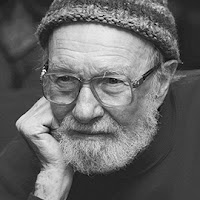 In his notes to the song, in a worn old song book that Pete signed so many years ago, he says the song probably “goes way back in slavery days,” and he points out that the tune is a relative of “This Little Light of Mine.” So we sing, that song might become light, soul tune and soul light guiding the way, lifting us from despair to do the work that needs a-doing, as Pete might have said it, that we find the strength, as he did say, to “keep on keeping on.”

In the openhearted way of Serach, singing across a chasm in time, if we would get there and re-embrace each other, as in the way of Jacob and Joseph reunited, we need words to help us approach and not collide. And we surely need the ability to offer and receive the simple blessings of another’s greeting, as in the sincere good wishes for a “happy new year.”