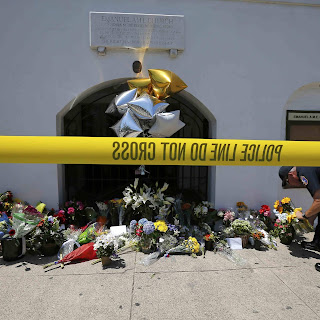 The shooting at a Charleston, S.C. church has been back in the news recently. As always seems to happen in these circumstances, the news media tries to help people understand what led up to the killings. What kind of person would kill nine people at point blank range at a church Bible study? Who is this Dylann Roof and what led up to this murderous act? What were his family, school and work life like? Can friends shed any light on his motivations?

It now seems evident that Dylann had even larger intentions. There is some evidence he had several other black churches in his sights and wanted to be the spark to set off a race war. There is also testimony that in his later years, (there is no record he attended school after the ninth grade), he spent lots of time alone in his room and on the internet. You don't have to look long or hard to find racially divisive and hateful internet sites. Some are not bashful about advocating murder.

In a time when hate crimes in the U.S. seem to be on the rise, it's appropriate to ask the question why? What's happening in the society, or even around the globe, that is fueling divisiveness and hate? Thinking about that question led the publisher of the journal "The Christian Century," Peter W. Marty, to address it in an editorial in the January 4 issue.

As Marty says, there has always been divisiveness and hate in the human community. But if we are seeing more of it these days, Marty attributes the rise to the skillful use of the internet by hate-filled individuals and organizations, fomenting fear and violence. Think not just of Dylann Roof and the racist web sites available to him, but think also of the cyberspace sophistication of an ISIS. Intelligence experts agree the internet is the most successful and most used recruiter for terrorism outfits. 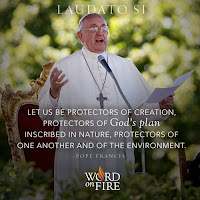 The impact of technology on human beings and their interaction with each other is a major concern in the recent encyclical from Pope Francis, Laudato Si', "On Care for Our Common Home." We have allowed technology to shape our lives in a way that the world becomes one dimensional. We are in control of almost anything and everything through our phone, our watch, our computer. The object of our control is increasingly faceless, lifeless, certainly soul-less. When the object is not controlled, our fears abound.

Marty tells us "more than 300,000 members are now registered at the largest white supremacist forum, 'Stormfront.'" Check out the KKK or the White Knights or Alt. Right on the internet, even on YouTube. Hate is a click away in all forms of electronic media, including video games like "Ethnic Cleansing."

Whatever the source, according to Marty, hate and divisiveness are fueled by fear. As our fears escalate, so does our suspicion and disillusionment about the humanity of the "other."

Another source of hate and divisiveness is likely the worsening sickness of creation. As creatures of the Creator, we depend on the land and the seas and the myriad creatures. But instead of water that brings health and wellness, our faucets too often flow with lead, with toxic fracking wastes, with high levels of nitrates from agricultural runoff and all manner of substances that make us sick, or fearful or angry.

Arvol Looking Horse, spiritual leader of the Lakota, said it so well after 9/11. A sick Mother produces sick children. And our Mother Earth is ill and getting worse. We fail to recognize how the poisons we put into our soil and our water eventually poison us. They also poison us in our relationships to each other and to all of our relations, whether human, creaturely or in the form of other life forms that sustain us. We fear for the future and the survival of a livable planet. It's hard not to detest, even hate those, who knowingly and willingly further the earth's destruction in the name of profit or political expediency. A fear for the creation's sustainability breeds hatred.

The first letter of John says it well. "There is no fear in love for perfect love casts out fear." The antidote to hate fueled by fear is love; love that's fueled by a passion for the Creator and the good creation we have received.