A Time to Hope

Matthew 24:36-44
The reading for today is about the end times. The day of judgment is coming. No one knows when it will be, not the angels, not the Son. Only God knows when this time will come. When we read the text closely, Matthew is careful to avoid making any judgments on the people living in the days of Noah before the flood. There is no judgment on the men working in the fields or the women working in the mill. They are all ordinary people doing ordinary things in ordinary ways. They are getting married and being given in marriage, or going about their normal every day routines and chores. All Matthew tells us is that the day is coming, therefore, keep away. Stay alert.
In order to understand this text it is helpful to have some historical context and background. After Jesus died there was an explosion of missionary activity in the early church. The followers of Jesus went everywhere to share the good news of the Gospel. Thomas went to India. Peter and Paul were in what is now Turkey and other parts of the Mediterranean. Other disciples went to Africa and parts of Europe. As the church spread out new questions arose. One of the central questions was who could be a Christian.
The Romans considered Christianity to be a Jewish sect. The question in the church was whether or not Gentiles had to become Jews before they became Christians, or could they become Christians without first becoming Jews? That question was so important that the leaders of the church convened the first Council in Jerusalem (Acts 15:1-35 RSV). The Council decided that Gentiles could become Christians without first becoming Jews. This was a statement about radical equality among all members of the church. It was an important decision that shaped the future of the church.
As the early church grew, leaders had to decide not only who could become a Christian but also how the faith was being shared. Congregations became training centers. It is fair to think of some churches as “mother” congregations that sponsored satellite communities. Schools that we might think of as academies were established. Some of these congregations were predominantly Jewish, some were predominantly Gentile, and some were mixed. 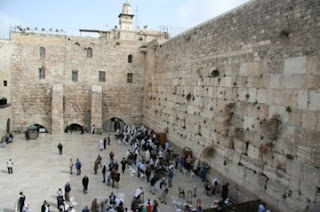 Scholars generally agree that the Gospel of Matthew was written to a largely Jewish congregation and it was written in or around 80 AD (now CE for the Common Era). These two points are important for our interpretation of chapter 24 of Matthew because of what happened in the preceding decades. In 60 CE there was a massive fire in Rome that destroyed one-third of the city. Nero, the Emperor, blamed the Christians and there was a period of severe persecution. The Jewish War in Israel began in 66 CE with the intent of driving the Romans out of Israel. The Romans responded with what we would call a scorched earth policy. They began in the north and moved south destroying everything that represented resistance and killing thousands of people. When they got to Jerusalem they destroyed the city and burned the Temple to the ground. The Wailing Wall is all that is left of the Temple. When people visit the Wailing Wall they are revisiting a site that was destroyed in 70 CE and reliving that history. After they destroyed Jerusalem, the Romans went south to Masada, the last stronghold of the resistance.

It is hard for us to imagine the impact the Jewish War had on Israel. To give you an idea, today in Israel there is universal conscription. Everyone, men and women, serve in the armed forces. At the end of basic training the new recruits visit three places. They go to the Golan Heights in the north, the Temple Mount in Jerusalem, and Masada in the South. They remember the Jewish War of 70 CE and take a vow, “Never Again.”
Trying to translate the intensity of this history to U.S. experience I imagined taking a day to visit the Twin Tower moment in New York City, then going to Gettysburg and reading Lincoln’s Gettysburg Address a dozen times and the diaries of soldiers who fought for the South and the North, and then spending a day in Oklahoma City at the Murray Federal Building Memorial. If you have not visited the Murray Federal Building Memorial, I encourage you to go there, spend a day and then say, “Never Again.” 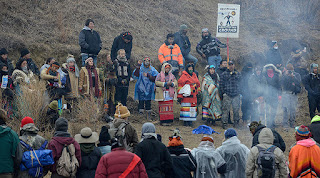 You could also visit the Standing River Sioux Tribe and the standoff in North Dakota. It has not received much attention in the corporate media but what is happening there is being live streamed around the world. People around the world are watching what is happening there as 5,000 to 10,000 people from around the world gather to support and stand with the Standing Rock Sioux Tribe. I believe this confrontation over the Dakota Access Pipeline will be one of the events that defines the legacy of the Obama administration and it will be the first test of the Trump administration. Mr. Trump says that he wants to heal the nation. I hope he will. This confrontation in North Dakota will be his first test and it will define what happens in the coming years. 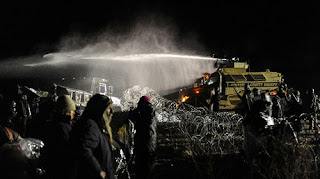 So let me turn back to chapter 24 of Matthew. If, as I assume, he is writing to a largely Jewish congregation and he is writing after the Jewish War, he is writing for a community that has lost everything. The city of Jerusalem has been destroyed. The Temple is no more. Leaders have either been killed or taken into captivity. Thousands of people have died. What is to be done?
To answer that question we have to turn back to the first chapters of Matthew. He begins with a “genealogy of Jesus the Christ, the Son of David, the son of Abraham” (Mt. 1:1). It is as if to say that the Jewish War is our context but it does not define who we are or what our future will be. The genealogy of the community goes back much further and its roots are much deeper. Keep Awake. Stay Alert.
Matthew then recalls the angel coming to Joseph and telling him not to be afraid because Mary will conceive and bear a son, whom Joseph is to name Jesus, “for he will save his people from their sin” (Mt.1:21). Salvation is a key theme in Matthew. But pay attention to what Matthew does.
In verse 21, Jesus is to save “his people”—the Jews—from their sin. But then Matthew tells the story of the wise men coming to Bethlehem. They are coming from Persia. They are not Jews. They are probably Zoroastrian. They follow a star that shines so brightly that they can see it day and night. But when they get to Israel, Herod summons them to a secret meeting and commands them that once they find the child they must return to him. This is extraordinary. The star is so bright that the wise men can see it day and night, but Herod is so spiritually blind that he cannot see it. At the end of this episode, the wise men return to their own country by “another way” (Mt. 1:21). In defiance of the explicit order of the king, they go home another way, presumably to let others know what they have experienced, that is to be evangelists.
Stay Alert. Keep Awake. Do not let the Herod’s of this world define what is possible, or what the future will be. “Creation groans” Paul writes in Romans but “waits with eager longing” (Rom. 8:19), or more graphically, “stands on the tiptoes of expectation” to see what the followers of Jesus will do next, to see what we will do next. Amen.
Rev. David Hansen