Light in the Dark


In the aftermath of the election with all the sadness and anxiety and grief that it has engendered among so many, it was hard to encounter the disbelief that came with the realization that, overnight, the bedrock of a certain level of civility and dependability had shifted so dramatically.  For so many, our worst fears became a reality. 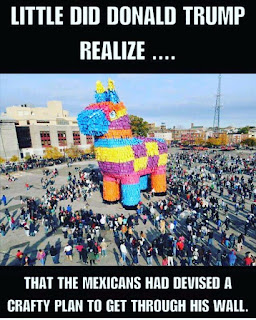 With the dawning of the Sunday morning immediately following the election results, it was a daunting challenge to preach and to fulfill the task of being pastor to ALL of the flock.  Some were celebrating while many were in shock, grieving, not quite knowing where to turn.  Already, the seeds of distrust and separation and alienation had begun to germinate.   I gave silent thanks for the sacred texts that provide authority to preach.  Having companions like Jeremiah and Jesus with me in the pulpit as guides while running through the thistles made it possible to find the way to hold the flock together while acknowledging how much we had all been damaged, regardless of political affiliation, by the gross disregard for the sensibilities of our souls and our humanity during the campaign.

Together, we could agree that, as beings created in the Divine Image, we have all been deeply and grievously trespassed upon and that the Divine Image has been sullied by the 19 months of verbal, psychological, emotional and spiritual abuse we have had to endure since the campaign began in earnest.

So we sang and prayed and cried and worshipped and embraced together to at least begin to heal whatever fissures might have begun to appear in the life of our community.

And then a miracle happened.

At 3 PM in the afternoon, a birthday celebration began - the celebration of my husband’s 80th. birthday - - the beginning of his 9th. decade.  Right at 3 o’clock the caterer had the gorgeous fruit and cheese platters in place.  Mulled cider and cranberry punch awaited consumption.  Baked brie with plum jam and walnuts enticed - - and the guests began to arrive - - - and extravagant love began to fill the room.

By 4 PM there were 65 or 70 of us, old friends, new acquaintances, folks who had grown up on the island but hadn’t seen each other in years, family members, a broad swath of the community we enjoy and love.  Old connections were renewed.  New ones were made.  There were tributes and greetings given to the birthday honoree.  Songs were sung. Our rabbis gave the blessings.  Candles were blown out and cake was enjoyed by all.

At 5 PM the guests began to depart and it was only then that we could take a breath and ask ourselves “What just happened here?!?”  And why was it such a powerfully whole and loving time together? 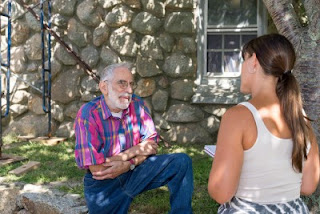 As we finally took off our shoes and propped our feet up on the coffee table at home, we thought about the amazing array of folks who had shown up.  Buddhism, Christianity, Judaism, Paganism, Astrology, Shamanism, Atheism, and Agnosticism were all represented.  Gay and straight, able bodied and not-so-able bodied, children and an almost - centenarian rubbed elbows with a person without shelter. Republicans and Democrats, liberals and conservatives actually drank from the same punch bowl.  Monetary gifts were given to the local Food Pantry in honor of the “birthday boy.”

We celebrated life - and one life in particular as my husband crossed a major life threshold.  We felt whole.  We felt joy.  We felt our sense of community in spite of the tumult of the previous week.

I couldn’t help but entertain the notion that we had glimpsed the Reign of Peace, AKA “The KIngdom of God” AKA “The Messianic Age” in those couple of hours completely focused on the things that make us who we are - caring for each other - compassion, even when we don’t agree all the time, extravagant willingness to bless one another with affection and kindness - - and an unabashed predilection for  hugging and simply saying to one another “I love you.”

After so much toxicity over so many months, I think we got just the right antidote. We will all continue to feel the ongoing reverberations that come with each new day’s headlines. We have some incredible challenges in front of us as the new administration moves ahead. There will be much pain to be endured, much danger to be confronted, much fear to be countered. What the recent election portends cannot be ignored.  But something happened in our community that assured us all that we will transcend because we know what joy and wholeness are - - we like the way that feels - - and we know how and where to find them - - in one another’s company as we celebrate each other, maintain vigilance in behalf of the vulnerable among us and hold on to the vision of prophets and visionaries of the time for beating swords into plowshares and spears into pruning hooks. 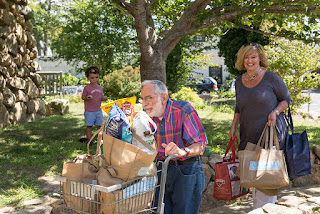 The energy for the work that lies ahead will be fueled by the righteous anger that arises from the strength of loving compassion which we must nurture in community together for one another and all creation in the days to come.

For many of us, there is another big birthday to be celebrated in the not too distant future.  A birth that heralds the coming of light into the world at the darkest time of the year.  It coincides with the lighting of the first Hannukah Candle this year.  May it be a time of Light Sharing together as we face an uncertain future in unity with one another.