Into the Stillness - the Gifts & Challenges of Interfaith Engagement 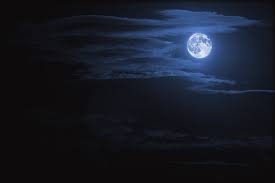 I took a deep breath as I stepped out of the spirit-filled Roxbury church and breathed the still night air. It had been almost too rich, too much to take in, to hold all of the beauty, the pain, the pathos and poignancy. I paused for a few moments, taking stock, an inventory of thoughts and feelings, wanting to be sure I had taken them all with me, that I hadn’t left any behind, even if some I might have preferred to. It has been such a full week of interfaith engagement, with all of the profound challenges and profound gifts that are held and beheld in this work, each part of the blessing in choosing to engage.
The four hours in the church was a gathering of clergy to learn about and support “The Revival: Time for a Moral Revolution of Values,” coming to know each other before gathering at the State House on September 12th to present to the governor and legislative leaders the “Higher Ground Moral Declaration” (HYPERLINK "http://www.moralrevival.org/moraldeclaration"http://www. moralrevival.org/ moraldeclaration). 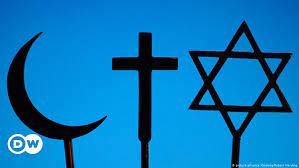 Reaching beyond its roots in the Black churches of the south, extending its branches as “a tree standing by the water,” a plea has gone out to help it truly be an interfaith movement. Though I felt squeamish at first with the Christian sound of its name, a name that could suggest very different values than those I would identify with, its tone and message become quickly clear: “We believe our moral traditions have a firm foundation upon which to stand against the divide-and-conquer strategies of extremists. We believe in a moral agenda that stands against systemic racism, classism, poverty, xenophobia, and any attempt to promote hate towards any members of the human family. We claim a higher ground in partisan debate by returning public discourse to our deepest moral and constitutional values. The Higher Ground Moral Declaration provides a moral agenda for our nation.”

The four hours in the church became a time of deep engagement, of wrestling across and within traditions, challenging, comforting, and embracing each other. Teachings were presented from two traditions, Jewish and Muslim, that in itself, in a predominantly Christian context, its own an affirmation of inclusion. In a framework of learning called, “Recovery of Sacred Text,” I shared a powerful rabbinic teaching that speaks to the timeless essence of conflict resolution. Set in the context of traditional Jewish learning, the text as life, the whole self engaged, the full panoply of personal emotion and experience may come into play. The challenge is not to slam the book shut, not to walk away in anger, to remember that we are the sacred text. 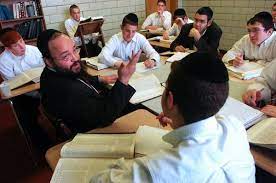 Flowing from a creative play on words in Numbers 21:14, Rabbi Chiyya son of Abba said, “even a parent and a child, a teacher and a student who study Torah in one gate become enemies to one another; but they do not move away from there until they come to love each other, as it is written Vahev in Sufa…; do not read b’sufa (in the Reed Sea or whirlwind), but rather b’sofah/in the end – so there shall be ahavah ba’sofah/love in the end…. It is a teaching that is rooted in a people’s emphasis on books, offering a way of peace making that demands the use of words rather than weapons. We are the text to be recovered, for each of us, our best selves waiting to emerge. When engaged in deep conflict, faced with fierce difference of opinion in approach to text and life, even becoming enemies, we are duty bound not to move from that place, not to walk away from each other until in the end there is love. It is a powerful, and, at times, a terrifying challenge in which lies the timeless essence of interfaith work, committing to engage, to stay the course with eyes on the prize, seeking together, even in spite of our selves, to create a better world. 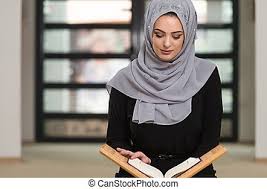 After my sharing, a Muslim woman offered a Quranic text, a teaching of challenge and empowerment, I thought, that for God to make change in the world and in the conditions around us, we first have to make change within ourselves. I found it to be a powerful thought, not dissimilar to a Kabbalistic teaching that Heaven is stirred to action only through stirrings from below. 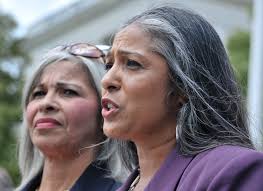 As we engaged in discussion at my table, I was taken aback by a Wampanoag woman’s expression of deep distress with the teaching. Her pain was palpable as she spoke among us. “What about when you are too broken down,” she asked, “to find such strength within yourself?” “What if you’ve been made to feel you have nothing of value within yourself or within your own tradition, that you are a sinner and have no savior, that you are not worthy of help?” She then took my breath away, “the Book was the beginning of the end for us….” We quickly realized that it was the Christian Bible she was referring to, the Book that was wielded by the priests who came before the soldiers to destroy the native peoples of the Americas, including her own Wampanoag people. As I had talked about the Book as context for sacred struggle, I thought now of the rabbis’ rueful challenge that where the book is, the sword is not; and where the sword is, the book is not. For native peoples, the Book had become the sword. We listened, we soothed, we took deep breaths, the inner struggles of each one laid bare, Jews, Muslims, Christians, one native woman of the Wampanoag people, herself, ironically perhaps, a Unitarian minister. We were all implicated and all empowered in the way of words that flow from heart to heart on streams of tears.

I got up for a moment to get some water, needing a break. A nun I know came over at that moment and hugged me and another woman, the three of us standing there as Sister Tess cried, telling us she had just seen Sister Paula the week before she was murdered. My head was spinning, needing a moment to figure out what she meant. Sister Paula Merrill, along with Sister Margaret Held, was one of the two nuns murdered in Mississippi, of the same order as Sister Tess, the Sisters of Charity of Nazareth. Standing there while holding each other, words were shared of a friend whose life was marked by selfless goodness, who had chosen the way of blessing and given such blessing to others.

It is the challenge of this week’s Torah portion, Parashat Re’eh, See! I set before you today: blessing and curse/Re’eh anochi notein lifneichem ha’yom b’racha u’k’lalah. It is in our hands to choose the way, whether of blessing or of curse, to see the blessing within our selves and in each other. Every person is born with their own unique task and purpose in this world that no one can take away, and, as 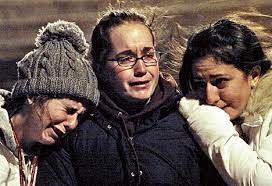 the Slonimer Rebbe teaches, that no one else can do, one’s presence in this world as proof of their unique importance. So we comforted the Wampanoag woman, holding her pain and our own, shining light on the positive in the Quranic verse, pain itself as empowering, if only to cry. So beaten down in Egypt, the rabbis said of the Israelites, that just to groan in pain was enough to move Heaven.

Of interfaith encounters with others, a strand was woven through the week, sharing of pain and hope and urgency to remind that Black Lives Matter. There were deeply meaningful discussions with various ministers about the Platform for Black Lives, expressions of commitment and understanding, empathy for Jewish pain through the misuse of words, even in common struggle. There emerged a beautiful sense of purpose, deeper than before, all of us needing to stand together against racism, but also pausing to acknowledge moments of hurt in the struggle. Such discussion is not possible if we back away, love emerging in the end only if we remain engaged with each other. It was beautiful to see so many of our own Nehar Shalom community at the Black Lives Matter vigil, a Christian minister closing the gathering with the singing of a nigun, a quiet gift meant for us while embracing all. 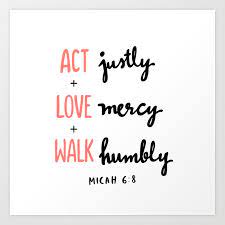 Strands from house to house continuing to weave, as the vigil ended a man came up to me and said, “I knew I would see you again.” Johnson, from Cameroon, reminded me that we met at a program at which I had spoken, a gathering to honor Pope Francis held at Saint Anthony’s Shrine downtown. He reminded me that he had difficulty with interfaith activities and that he often thought of my mother’s teaching that I shared that night. I had spoken of my Bar Mitzvah Haftorah from the Prophet Micah and the verse so important to me, It has been told to you, O, mortal, what is good and what God seeks of you, only to do justly, to love kindness and to walk humbly with God (Micah 6:8). Johnson utterly amazed me standing there on the street corner recalling my mother’s gentle insistence that in explaining Micah’s words I should add two from her, “to walk humbly with God…, and with people.”

So we continue to strive, to learn, to wrestle, ever seeking to walk humbly with God and with each other, staying engaged, making as one the vision and the way. Interfaith engagement brings great gifts and great challenges, enriching life immeasurably, at times taking our breath away. Stepping into the stillness of night, we pause and breathe deeply on the way to a higher moral ground.

Rabbi Victor H. Reinstein
Posted by Carl Kline at 8:56 AM