A Journey of Remembrance & Hope, 3

Dear Community,
It is good to be home, necessary to step out of the intensity of the past week. It is also hard to step out of the intensity, out of the awareness of meaning tangibly felt in every interaction, in every step taken. Yet, that is no less true if we allow it to be in all of our more mundane day-to-day interactions and steps taken along the way of our lives. So much is swirling within me as I begin to process the experience, so many emotions and reflections, tears still coming easily, sharing on many levels to happen over time. Traveling with twelve Boston area rabbis, the German Consul General, Mr. Ralf Horlemann, and guides from the Goethe Institute in Munich and Berlin, “A Journey of Remembrance and Hope” was a powerful experience, one that shall continue to inform my life and days going forward. Remembrance and hope were both honored, each given their place, one emerging from the other in seamless flow.

Hearing of the attack in Munich, my heart breaks for the endless violence, the entire world our neighborhood. I think during this week of so much pain in both Europe and the United States of a brief conversation that I had with one of our guides at the airport just before leaving Germany. Vince is French, having lived in Germany for the past sixteen years, representing, as Ralf described him, “the new European,” allegiance and concern for people transcending borders. Shaking hands, Vince said to me, “I hope you will come back. We need you in the fight against fascism and racism.”

In the pursuit of justice and peace in all of our scattered neighborhoods, people yearning to live and to love in all the places people live upon this earth, there is such need for kindness and caring as the seedbed for change. Just about to return to the states, I felt the irony of Vince’s words, the challenge of fascism and racism facing us at home. The bigotry and belligerence that blew as a storm out of Cleveland served to remind of the work to be done. The horror of more African Americans murdered by police officers, and the horror of police officers murdered in response. Calls for a wall to divide and keep out, law and order rather than love and compassion. 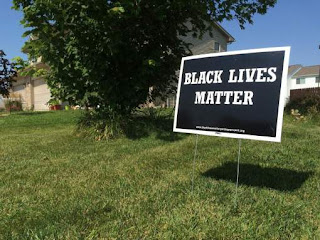 Sometimes we forget that “all lives matter” means that Black lives matter too, which is why emphasis needs to be given to one. Toward that reminding, an effort emerged on our street, on Lochstead Avenue, to place “Black Lives Matter” signs on every lawn. I am proud that there is a sign in front of Nehar Shalom Community Synagogue. I am deeply touched as I see one neighbor after another placing a sign. I wonder what it might have been like in Germany if in the face of fascism’s rise then there had been signs proclaiming, “Jewish Lives Matter.”

I just met with a group of Israeli Arab and Jewish high school students traveling together as part of an organization called “Friends Forever.” As we sat around the table and talked, they kept asking about that sign and what it means. They wanted to know if I thought Jews and Arabs could live together in peace. I nearly cried as I offered fervent affirmation. I asked if they wanted proof, as I pointed to each of them around the table. It is the children, the young who carry the greatest hope, but we all have to carry it together. On our painful visit to Dachau, Ralf stopped at one point and gestured toward a group of young students, “they are the most important visitors to this place.”

I have three beautiful drawings on my desk, all made by even younger children. Each one says welcome on it, one a picture of a bright yellow smiling sun, another a butterfly whose wings are formed by paint prints of a child’s hands, the third seeming to be the continents of the world, bright colors flowing together without borders. The paintings are the size of large postcards, all made by Syrian children whom we met at a refugee center outside of Berlin. These are children who have known little sunshine, whose souls soar like butterflies, for whom the crossing of borders allows them now the possibility of life.

As we left the children, I picked up another post card, a political flyer. I asked Ralf to read the German and translate it, “Wir sind viele. Berlin Gegen Nazis/We are many. Berlin against Nazis.” I asked Ralf if it is referring to Neo-Nazis. He shrugged his shoulders and asked if that matters. For him, there is no difference between old and new hate. The reminder on the card is about all Nazis, about standing up to all hate, to all that would divide people from each other, to all who act as though some lives don’t matter. In that center there was a palpable love for people, people in need welcomed and embraced, met by open arms rather than a wall of hate. As we sang and danced with the children, seeds of friendship were sown. 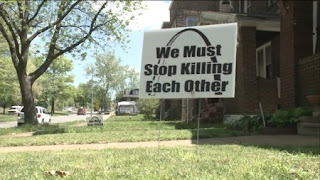 On our last night in Germany, toward the end of the Sabbath, I went to a nearby synagogue with Rabbi Samuels from Newton and a few others from our group. Rabbi Samuels had been in touch with the rabbi of the synagogue and had become close to him. Between the afternoon and evening prayers, at the third Sabbath meal, the rabbi of the synagogue asked Rabbi Samuels to share some words of Torah. At that hour we had already entered the week of Torah portion Balak (Numbers 22:2-25:9), which we read on this Sabbath of our homecoming. Rabbi Samuels offered a story from the Rabbi of Apta, Rabbi Abraham Joshua Heschel of Apta, known as the Ohev Yisrael/Lover of Israel, great grandfather of our Rabbi Abraham Joshua Heschel. The Apta took the name Balak as an acronym standing for v’ahavta l’re’acha kamocha/and you shall love your neighbor as yourself. His Chassidim objected, pointing out the obvious misspelling in Hebrew, that v’ahavta needs the letter “vav,” not a “vet,” and that kamocha needs the letter “kaf,” not a “kuf.” The Apta responded, ayn m’dak’d’kin b’otiot/we are not exacting concerning letters when it comes to love.

It all comes together in the prophetic reading for this week, beloved to me as my Bar Mitzvah reading, words from the Prophet Micah, words meant to challenge hubris and hate, to remind that justice and kindness are of one cloth, Higid l’cha adam mah tov u’mah Hashem doresh mimcha…/It has been told to you O mortal what is good and what God seeks of you, only to do justly, to love kindness, and to walk humbly with God…. So may it be.