A Journey of Remembrance & Hope, 1

Editors Note: The following is the first of three posts from Rabbi Victor H. Reinstein. They  were written to his congregation and are now shared with us.

Dear Community,
On the eve of summer travels, I want to tell you of a journey that I will soon make. It is a journey that has been weighing on my heart and mind, and that has brought me quickly to tears in speaking about it. In fact, I have spoken very little about it until now. As it becomes more real, I have realized that I need to give voice to feelings and share more fully and openly. As always at the beginning of the summer, Mieke and I will travel to Belgium next week to visit her family. From Belgium, Mieke will return home. I will then travel to Germany. That simple sentence has been so hard to say without tears, so simple and so complex.

On July 10th, I will fly from Brussels to Munich to meet a group of a dozen Boston area rabbis traveling at the invitation of the German government. The trip is called "A Journey of Remembrance and Hope." It is a title that I suggested for the trip in place of one that did not speak to the emotional complexity that I needed to embrace to make the trip. The title initially proposed and the program it reflected was, “Jewish Life in Germany Today.” I was not interested in going initially. In fact, I did not even attend the first meeting with the German Consul General when he asked to meet with the Executive Committee of the Mass Board of Rabbis. I have never been to Germany. I have felt over the years that I would only go if able to attach greater purpose to my going. Through meetings with the Consul General and much reflection, I decided that this was the greater purpose that now beckoned. I have been surprised at how deeply emotional I have been in anticipating the trip. I dream of survivors that I have known, hearing the voices of some and having conversations with them, needing their blessing.

For the details it conveys and for its reflection of my reaching for that greater purpose, I share with you from a letter that I wrote to the Consul General early on in his effort to engage with us. Through his positive response to my letter and other conversations that we had, I agreed to participate in the trip. Most importantly, through this process I have come to know him, and as always, through people to people sharing seeds of possibility are planted. The letter is addressed to consular staff, first having raised some logistical matters and then speaking to deeper matters of content.

Of content for the tour, I want to speak of a matter that I raised with Consul General Horlemann when he met with the Executive Committee of the Mass Board of Rabbis. I respectfully share from my heart that as a matter of intention I have never visited Germany. It is part of the painful legacy of the Holocaust that continues to touch both the Jewish and German peoples, each in their own way as we carry the burden of the past into the future. In our meeting with the Consul General, I referred to that legacy as the "elephant in the room." I am eager to engage with "Jewish Life in Germany Today.” I would also value the opportunity to learn of Germany's leadership in responding to the plight of Syrian refugees, for instance, a way of response to a moral crisis of today that is to be honored. Such programming, however, would not be enough for the tour to speak to me. To be compelling, there needs to be opportunity to acknowledge and engage the emotional reality that I and others carry. There needs to be opportunity as a formal part of the program to address the painful legacy of the past. As part of the tour, such opportunity would add a depth of meaning that would clarify for me why I am making such a journey, a tour becoming then a pilgrimage toward healing. As a tour for rabbis, there is a unique opportunity to create a bridge from past to future that should not be squandered. Engaging with and sharing our legacies may include such efforts as facilitated conversations with appropriate partners and visits with teachers and students to learn of Holocaust education and its meaning in Germany today. Without a prior commitment to include such deep programming, I could not emotionally participate in the tour. With a commitment to this deep programming, I would find meaning in the tour that would inspire me to do something that I have never done before.

Toward participating in a tour that is more than itself, I am most willing to help think through what such content may include and how best to create context and partnership for such a people to people sharing. As part of that, I would be willing to help organize a local gathering of tour participants to share thoughts among ourselves and to affirm our own connections with each other. I suggest as part of this process it would also be helpful to have a preparatory meeting with Consul General Horlemann.

I appreciate your invitation for suggestions and your openness to my sharing. In writing this letter, I realize that my delay in responding had less to do with all that fills my schedule and more to do with what fills my heart. 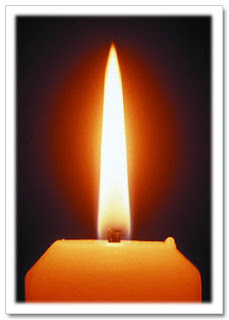 As I begin to speak of this journey, sharing now in the week of Torah Portion B’ha’alotcha (Numbers 8:1-12:16), the Torah tells of journeys and of raising up light. The opening words of the portion offer challenge to all that follows, b’ha’alotcha et ha’nerot/when you cause lights to go up…. In the plural, raising up lights, our own light and that of others, lights of diverse souls rising toward each other to illumine the way forward. And of Israel’s journeys, we are told, al pi ha’shem yis’u b’nei yisra’el v’al pi ha’shem ya’chanu/according to the word of God did the children of Israel journey forth and according to the word of God did they camp. Our journeys are filled with uncertainty, the uncertainties of life, not knowing when we journey or when we camp. In that way, I could not have anticipated my journey to Germany. Holding all of the voices and all of the memories, honoring new friendships and affirming human connection, I pray it shall truly be a Journey of Remembrance and Hope.