This week’s reading is taking me through a little book titled Reverence -Renewing a Forgotten Virtue by Paul Woodruff.  In a chapter titled “The Reverent Leader” he writes this: Leadership (as opposed to tyranny) happens only where there is virtue, and reverence is a virtue on which leadership most depends.  Public devotion to a lofty goal eclipses the leader’s personal interests, if it is a goal that leaders and followers may pursue with equal fervor.  Reverence gives leaders the power to treat their followers with respect, and the respect they give is returned by their followers.  Tyrants who abuse their followers rapidly lose their respect.  Mutual respect springs from shared reverence.
The philosophical writers  that Woodruff discusses treat irreverence as the plainest clue to tyranny, and they imply that shared reverence is the mark of good leaders and their followers.

As the weeks and months of political campaigning have unfolded and the national conventions are nearing their completion, beyond all else we have been witnessing the failure of those who would lead to exhibit the virtue of reverence.  It follows that they also fail to exhibit respect for those whom they wish to enlist as followers.  And immediately upon this lack of reverence and respect on the part of would-be leaders follows irreverence and disrespect on the part of those who would follow.
As the toxicity of language and attitude and the pursuit of irreverent and disrespectful rhetoric increases,  the virtues of respect and reverence are increasingly threatened and it appears that the logical outcome will be - and indeed is - an increase in the level of violence that pervades our culture. 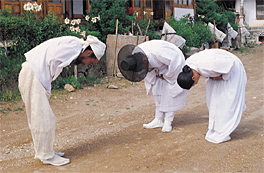 At the “grass roots” as a pastor, I encounter a level of unarticulated anxiety and irritability in the folks with whom I minister - - and a subtle degree of sadness and confusion and loss.  They are of a generation which, while it knows government is not perfect,  has at least been able to count on order and sanity.  They feel the foundations shaking in a way they have not experienced  in their lives.
Nowhere is it possible to identify what is true.  Gandhi wrote: It is because we have at the present moment everybody claiming the right of conscience without going through any discipline whatsoever that there is so much untruth being delivered to a bewildered world.”

For many weeks now, I have been pondering the Jewish notion of l’shon hara, “the evil tongue”.   The tradition holds that speaking ill of another person  damages three people: the one who is being spoken about; the one who speaks; and the one who listens.  As the electoral season progresses, the “evil tongue” will be exercised increasingly to the detriment of us all as lies and twisted words dominate the media.

Jewish tradition also holds that to shame another person is the equivalent of murder as it threatens the life of the soul. As we are subjected to so much irreverence, disrespect, destructive language, and, indeed, shaming of the worst kind, our individual and collective soul receives the “blows.”  This is perhaps the deepest violence of all as it undermines and destroys our capacity to think creatively and to act with lovingkindness and to respond with vigorous, nonviolent energy in our daily lives at a remove from the “platforms” from which all the negativity emanates. 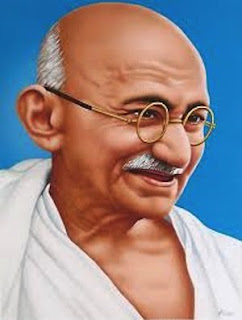 I draw hope and strength from further words of Gandhi: The atmosphere today is so saturated with poison that one refuses to recollect the wisdom of the ancients and to perceive the varied little experiences of ahimsa in action. ‘A bad turn is neutralized by a good’ is a wise saying of daily experience in practice.  Why can we not see that if the sum total of the world’s experience was destructive, it would have come to an end long ago?  Love - otherwise ahimsa -sustains this planet of ours.

So another hazy, hot and humid week begins on this beautiful island.  Whole days stretch ahead filled with opportunities to neutralize the irreverence and disrespect through acts of lovingkindness.  Just for today, may we be blessed to take advantage of every opportunity to be neutralizers of the negative energies that impinge upon us - - and tomorrow, we can begin the discipline again.

Vicky Hanjian
Posted by Carl at 8:53 AM