Flying home from Mexico last week, I sat next to a woman from Florida during the Atlanta to Sioux Falls flight. It started well enough. We engaged in small talk as we waited on the tarmac. I discovered she was heading to a family reunion with her husband and youngest son. She learned I was a retired clergy and teacher. As we were airborne, we both read for a while. Halfway through the flight, I made the mistake of asking about her reading material. I'd seen the word "God" on the cover.

She was reading a Bible study. And she had her red letter Bible handy to look up the appropriate quotations. She told me all about the author and how she was well known in women's circles. The more she talked the more agitated she became. The easy phrases of a convinced Christian rolled off her tongue and required my response. Unconvinced of her convictions, I asked her to dig deeper; to look at Biblical passages in context; to recognize that according to the Rabbis there were at least seven layers of meaning in every Biblical passage and they required serious study. She responded by reading passages to me, emphasizing her important points, as if I had never read the Bible. 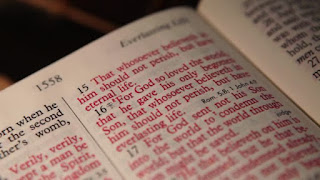 Soon she was looking at me as the heretic I suppose I am. She was especially offended when I told her we had to love our enemies. That it wasn't enough to say "we believed" for salvation. We actually needed to follow the teachings of Jesus.

Regrettably, the conversation became heated. She must have been convinced there was no salvation for this poor soul, full of the devil as I was. And I was increasingly aware of how disturbing our raised voices must have been to those around us, including her husband across the aisle. I eventually surrendered. But not before two things happened.

Maybe Bishop John Shelby Spong was more responsible than I for my eventual rejection. While it was still a conversation, I was able to tell her about Spong's non-theistic understanding of God.

Spong rejects the idea of God as this supernatural being that intervenes periodically in human affairs and human lives. Instead, he understands God as the God of Life, Love and Being. So for him, a person worships God by living life fully, loving wastefully and being all you are meant to be.

For those seekers in this generation, not captured by fundamentalist purveyors of sin and salvation, Spong makes sense. In a scientific age, he offers an understanding of a relationship to divinity that invites relationship without denying intellect.

India taught me over several visits that I'm a banker, with a large savings account. The demands of adjusting to the climate, culture, etc. were so extreme I banked energy, conversation, chocolate, everything. I needed a savings account to make sure I would survive. Only over time did I realize risk was rewarding. My limits were almost infinite. I didn't need the savings account. I could live and love wastefully. Usually when one thinks they are "wasting" love on the unloveable, on the untouchable, that is when it truly begins to approach the divine. "When you do it unto the least of these …"

And what does it mean to truly be me? It's a huge philosophical and theological question. At least if we ask the question we have a chance of perhaps discerning the answer. And since God for Spong is Being with a capital B, being who we are meant to be is our most intimate identification with the divine.

Well, I didn't say all that in the conversation on the plane. Even the basics of a non-theistic God stirred the emotions and forced a torrent of Biblical quotations and doctrinal statements. Then the second thing happened. We began our descent and my ear plugged. Usually I'm able to yawn or do something to alleviate the pressure. But this time nothing seemed to work. With each passing minute the pain got worse and the ear more plugged so I couldn't hear at all in that one ear. 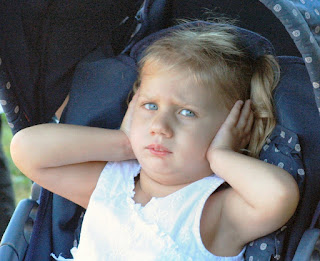 As my seat mate continued trying to save my soul, I had to tell her that the ear toward her was so badly plugged I couldn't hear a word she was saying. I want you to know that's the honest to God truth. It was only the ear toward her.

Convinced Christians, take note! The Christian faith is an invitation not an indoctrination.