In Defense of Public Education

Our public school district, like public schools across the U.S., is in a time of great stress. Budgets are tight, enrollments are rising, diversity is expanding, and the pressures to reduce staff and privatize jobs is unrelenting. I view public education as a sacred trust that is worth supporting and defending. Education is a ministry of the highest order. I believe that people who are interested in nonviolence must speak out in defense of public education. 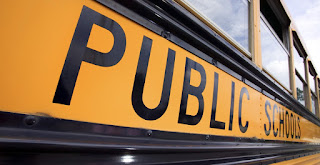 Let me say upfront that there are times when privatization is in order. But there are also times when privatization is little more than a form of modern day piracy. This type of privatization transfers assets to the wealthy, and saddles the public and individuals who are least able to shoulder the burden with the costs. Pressure to privatize custodian jobs in our school district is intense and other efforts to protect certain jobs and benefits while asking others to sacrifice is ongoing. Both actions are morally offensive to me. They are designed to protect the power and privileges of some at the expense of others.

Privatization and staff reduction puts the burden of responsibility in the wrong place. The problem is not that custodians, teachers, librarians, nurses, aides and others are making too much money. In Kansas, the budget crisis was created by the state legislature and the governor when they decided to eliminate income taxes for the wealthiest 330,000 people in the state.
It is worth noting in the context of public education the word public comes from the Latin poplicus, meaning “pertaining to the people.” The word private, in contrast, comes from the Latin, privare, which gives rise to the word “deprived.” The Greek word for a strictly private person is idiotes, from which we get the word idiot, meaning a person who does stupid things—like robbing the public purse for private gain.
Although assurances are given that privatization will save millions of dollars, this is not guaranteed. I would be surprised if privatization contracts contain any clawback agreements that would reimburse the school district if the savings promised were not met. I invite you to go online and read about school districts that have privatized custodial services, sold custodial supplies and equipment, and created an employment environment that invites high turnover and low wages with few benefits. More than one school district reports they had to spend millions in un-budgeted expenses for custodial services after they voted to privatize these same services to save money. The Chicago public schools is a well-documented study in the failure of privatization. 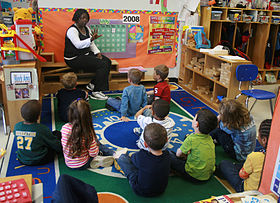 Schools are public places where people learn self-respect, gain new skills, and learn the values of cooperation and civic virtue. They are meeting places that offer the opportunity for creative inter-generational interaction crossing lines of race, class, and religion. Without this kind of public space the fabric of society soon becomes frayed, and public trust in our institutions begins to unravel.
Fighting to save the jobs of public school custodians is about much more than saving jobs—important as it is that we do this. Fair compensation for everyone who works in our public schools is about claiming, reclaiming, and protecting a vital public space and place that makes and keeps civil society civil. The classroom is where we first learn what it means to be “one nation, indivisible.”