Undivided: Rejecting the Rhetoric of Otherness


It was a park in the New Jersey neighborhood where he had grown up, an American Muslim of Egyptian parents. He had always felt safe, at home in the neighborhood. On that day, he and his wife were walking in the park, as any number of other couples, she, though, wearing a hijab. Suddenly he noticed a man ahead of them, a white man, stop and turn to reach into a fanny pack he was wearing. Instinctively, and yet without personal cause, a young Muslim touched by unspoken fear, in one motion of his arm he pushed his wife behind him. She was startled, questioning her husband with more than a touch of reproach and annoyance. They both looked ahead and saw the man whose presence had inspired fear drawing a Kleenex from his pack. 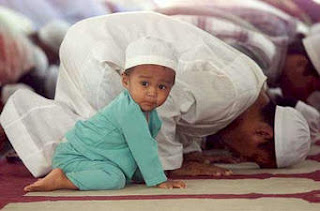 Now an imam in Boston, a humble sharing of his own inner struggle followed the telling of that incident in the park. However understandable on one hand, he shared his own distress with how he had responded to stereotype and fear of the “other.” That was the focus last night at the second in the series of GBIO (Greater Boston Interfaith Organization) gatherings in the “Conversation Series – Undivided: Rejecting the Rhetoric of Otherness.” We then gathered in small groups, urged to open up in sharing our own experiences of feeling “othered,” but even more importantly, to reflect on times when we have been the cause, whether in reality or through projection, of marginalizing and rejecting someone else as “other.”

As we shared around the table, it was much easier at first to tell of those times when we had felt as other, much easier to feel sympathy for ourselves amidst the hurt. Then we began to talk about the pain and confusion that comes of treating someone else as other. An African man spoke of growing up Christian in the Congo and then in Gabon. He spoke of fights between Christians and Muslims and of his efforts to challenge the prevailing views. So far away now in Boston, but all the same tensions, the same divides among people, regardless of whom the “other” is. He knew something was wrong, that he needed to act and to confront a haunting from the past, when his daughter came home from school and asked if Muslims are bad.

A Muslim man of an Indian family spoke of a road trip that he took with his parents through the American south. Having parked their car by a trailer park along the Gulf Coast, his mother was filled with curiosity for the way people lived. A dark-skinned Indian Muslim woman less than five feet tall, she announced that she was going to go and knock on the door of a nearby mobile home, that she just had to see what it was like inside. Her son pleaded with her not to go, remonstrating that these are white people in the south, underscoring the obvious danger. His protests to no avail, he watched his mother knock on the door, begin to explain, and then to enter. Soon she came back to the door and waved for son and father to come. A gift born of faith and courage, all were invited in to share in a fish dinner and the telling of disparate stories spun of one human cloth. 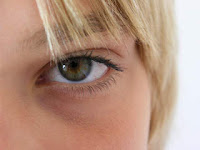 A young Jewish woman told of her discomfort with a man in her synagogue community who suffered from mental illness, who spoke so slowly and didn’t always make sense. She tried to keep some distance, not wanting to engage beyond pleasantries. She struggled with her feelings, with why she had treated him as “other.” Approaching Yom Kippur this year, she reached out and paused during that holy season of turning to really listen to him. She learned of his caring for others, of his fear of being rejected and left alone. In a quiet voice, she told of how grateful she is that she had transcended her own fear and reached out, for only the day before that man she had initially marked as “other” had died.

An African American Muslim woman spoke of her fear, and of her shame in feeling such fear, for people that look like her. The pain in her face was palpable as she described telling her daughter what to do if there is a shooting, to get down, to turn, to run; what to do if she sees someone stop in the street. Yes, perhaps someone could just be reaching for a Kleenex, but it could be a gun.

Moved by her brave sharing of fear for people like herself, of her own people, I spoke of feeling as other among my own people. I spoke of tensions in the Jewish community, of those who disagree even with such gatherings as we were so lovingly engaged in that evening. And in the process of feeling as other, of feeling maligned by other Jews, I realized how I had come to see them as “other,” even those of my own people as “other” in my consciousness, for how could I integrate their narrowness and disdain? I spoke of having tried to meet and carry on a dialogue once with such a fellow Jew. In the end it had come to naught, but now I tried to let that effort remind me of an intrinsic connection, however strained and twisted. Though my “other” had broken off the effort, I realized at the table and shared of my hope that I had to hold this one too with love, our differences not to be mediated by hostility.

In the weekly Torah portion, Parashat Mishpatim, we encounter the first two expressions of exhortation that occur thirty-six times in the Torah, the plea to remember that we were strangers in the land of Egypt. That awareness is to be the source of our reaching out to others with understanding and love. We are told first, you shall not grieve a stranger who has come over to you, nor shall you oppress, because you were strangers in the land of Egypt/ki gerim he’yitem b’eretz mitzrayim (Ex. 22:20). And then we are told, and you shall not oppress a stranger – for you know the soul of the stranger/v’atem y’da’tem et nefesh ha’ger/because you were strangers in the land of Egypt (Ex. 23:9). Rabbenu Bachya (13th-14th century Spain) teaches, one does not need to ask whether the stranger is of one’s own people or not. He then goes on to instruct, it is for a person to awaken and expand their soul in the way of compassion so that one will be compassionate toward all creatures/she’yi’hi’yeh m’rachem al ha’bri’yot. Across time and space, of knowing the soul of the stranger, the Sabba of Slobodka, Rabbi Nosson Finkel (19th-20th century Poland) taught, one is obligated to feel and to participate in the joy and sorrow of another. 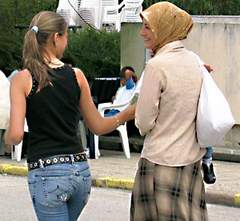 And so we did at the table last night, feeling each other’s joys and sorrows, moved by each one’s sharing. We are all of the same soul and so we are joined in the essence of our humanity, each one animated by the breath of God and formed in God’s image. In the end there is no “other,” our otherness simply as difference, itself a sacred source of connection. Of fear that shakes us and makes us ask why, as for the simple act of a stranger reaching for a Kleenex in a park, may fear be sneezed away, that we come to see each other as strangers no more.