One of the problems with western Christianity in our time is the focus on individual salvation. The claim is, all you have to do is believe (even, especially, the unbelievable) in the name of Jesus Christ and you are assured of salvation.

So people raised in families and church communities with this religious focus have little if any conception of the idea of "social salvation". And for those who take the Bible seriously as their authority, the major thrust of the Hebrew Scriptures and the New Testament is missed or dismissed.

The Hebrew Scriptures are all about social salvation. Abraham was to be the father of a great "nation"! So Ishmael and Isaac are both important family members and make their contribution to the future but it's all about the beginning of a "people".

Then when you read the story of the Exodus, nobody is left behind. It wasn't like Hurricane Katrina in the U.S., where the old, infirm, poor and minorities were left to the fate of the flood waters. Before the Passover, people fed and took care of the widow and the neighbor. They shared the blood of the lamb. And they all crossed through the waters together. It's a story of social salvation!

When you get to the Hebrew prophets, they bring God's judgment on those who are basically self-concerned, with no interest in the well being of the other. The unjust and self-righteous sit around drinking wine while "selling the innocent for silver and the destitute for a pair of shoes. They grind the heads of the poor into the earth and thrust the humble out of their way." When the prophet Amos communicates this message from God, the judgment is that the unjust and self-assured will be carried away on fish hooks and end up on a dunghill.

Even today, Judaism is about a "people" in a special relationship with their God. And that conception gets played out again and again in the nation of Israel.

When you come to the New Testament, the major story of Jesus and the development of the Christian community, once again it's mainly a story of social salvation.

The major teaching material from Jesus is found in the Gospel of Matthew in the Sermon on the Mount. If one reads the Beatitudes they are all about the individual in relationship. How else can you read "how blessed are those who hunger and thirst after righteousness"? Or what about the blessedness of the peacemakers? (I wish our "Christian" politicians would read those words about peacemaking again).

And most people read the Beatitudes in the Gospel of Matthew, never hearing the similar material as it reads in Luke. The reason is likely because Luke also includes the woes, against those who are rich, well fed, laughing and enjoying social status; while others are poor, hungry, grieving and hated. No wonder  the reading in Matthew is preferred over Luke in most U.S. churches. Most of us in the U.S. are rich and well fed compared to the rest of the world. Where individual salvation is stressed and social salvation is ignored, so is one's responsibility to those less fortunate.

The rest of the Sermon on the Mount continues the same theme. Jesus is talking about what this new way of being is like. It's called the Kingdom of God. It's not some individual fiefdom or some princely parliament or even some exclusive religious cult. It's a new and loving kind of human community where as the book of Acts says, they held everything in common and met the needs of each and everyone. It's about social salvation!

There are people among those who call themselves Christians, who are bent on exclusion and division. They are like the Jews hating the Samaritans, or the New Testament circumcised rejecting the Gentiles. They would make their path to the faith the one and only way. They would justify hate and violence against those choosing a different path to divinity. They would spread fear of difference and misuse scripture to justify racial and sexual prejudice. They would use religious and value laden excuses for pervasive and perpetual warfare that serves self-interest and leaves millions refugees and destitute in their own homelands. 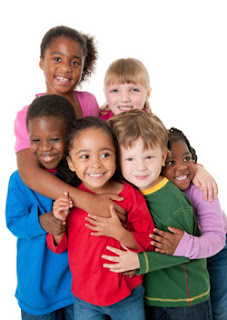 An emphasis on individual salvation is the value root that excuses western culture for economic, political and military exploitation. It's a religious Darwinian idea of "survival of the fittest". "I believe! I prosper! I'm blessed! And the common good be damned!"

The Hebrew people had it right! So did Jesus! So have the saints and wise ones over the generations. Either we get there together or we won't get there at all. The Kingdom of God is here, now, if only we open our eyes and join it.