Recently I took a trip abroad to a place I’d never imagined I’d be visiting – Cuba. I had the opportunity to travel there for an American Foreign Policy course my school was offering. I went into the experience not really knowing what to expect other than cars from the 1950s that my dad insisted I take tons of pictures of. What I gained from the experience was more than I ever imagined. Being immersed in a completely different culture and way of life for 10 days can really have an effect on someone.

The first thing that surprised me about Cuba was the history. I’ve taken courses in Latin American politics and learned about Cuba’s extensive history, but being there and seeing it first hand was something I never expected. Walking through Old Havana, you could see old forts that looked more like castles, military camps, and architecture that resembled what you’d find in Italy, Spain, or France. It was not just run-down shacks that most Americans        envision. It was so much more than that. 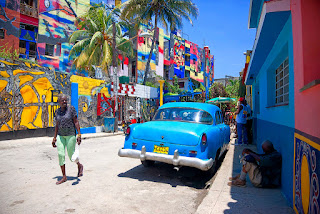 One of the most amazing aspects of Cuba was the vibrancy of the culture. It was apparent within the first couple of days that the Cuban people valued the arts much more than we do in the U.S.. There were beautiful paintings and murals everywhere, art galleries around every corner, and schools dedicated to art, music, dance, and theatre throughout Cuba. The elementary school we visited had the artwork of the students on display throughout the room, and our group consensus was that these fourth grade and fifth grade students were better artists than most of us. It was apparent that they did not have to drill their students with the information to pass standardized tests like we do here in the U.S. Children were exposed to all aspects of learning, from art and music to science and gardening. Learning first hand was a major component of the Cuban school system.

My biggest takeaway from my time in Cuba, and something I think all Americans could learn from, is the desire of the Cuban people to follow their dreams. When we met with a doctor to discuss the medical system there, one of our group members asked if they were lacking medical professionals because so much more money could be made in industries like tourism. She almost seemed as if she hadn’t ever thought about it, and explained that if that’s the case, they weren’t meant to be doctors, saying she was born to be a doctor. She went into the profession because she wanted to help people, not because of the pay, and that was truly beautiful. 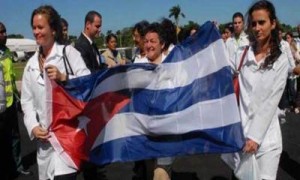 People chose a profession that they were passionate about, and you could see the effects of that. The culture was vibrant because Cuba is filled with artists, musicians, and dancers. The people weren’t just worried about finding a career where they make the most money, and although they may not have had as much materially, they seemed so much happier. We need to take a lesson from our Cuban neighbors, slow down, and do what makes us happy. Once we stop living for money, we will truly live.