The Gift of Imagination: Lessons from Turtles, Pirates, Fathers & Sons

Henry David Thoreau, the author of Walden, did not want to settle for mere existence. By seeing the extraordinary in an ordinary, simple life, he discovered a pathway to new discoveries: the power of imagination. 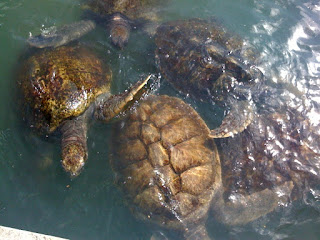 At a writers’ workshop that I attended, participants were invited to explore the imaginative together. After a long day focused on the craft of writing, we segued into the serendipitous with a toss of the dice. These were no ordinary dice! They had words engraved upon them. Every roll of the dice presented a word to stir each participant’s imagination. The word led to a phrase and the phrases led to imaginative stories that were then collected like beads on a string for a synthetic calibrating of them all into one very tall tale! Turtles escaped from cooks with turtle soup recipes with the help of sympathetic animal rescuers. A sheep was grazing very happily on a green hillside. Captured sea pirates were transported from their ship on the high seas to the Egyptian pyramids by plane-flying captors. A wild assortment of characters and images made their way into the ever growing and evolving story.

In many ways, real life is very much like our playful experiment. Each distinct life’s story adds to the larger and blesses it. It seems we embellish as to provide some sparkle to the gray and monotonous in our days. Imagination does indeed add poetic yeast to the dough of prose. Life is after all a grand composition of disparate elements that we hope will gracefully be put together like the pieces of a puzzle. We long for a unified narrative that makes more sense of things as they are or that intuits things could be different if we but change.

In 2003, a beautiful and playful film was released based on a novel written by Daniel Wallace. The book and film, both aptly titled Big Fish, are wondrous celebrations of what I call amplified narrative. In the film adaptation, while dealing with the novel’s serious themes, director Tim Burton blurs the lines between reality and fantasy and gives exaggeration a good name. He tells that hyperbole may well serve the real in albeit unusual but nonetheless apropos terms.

“Big Fish” is the story of Edward Bloom, a man who has told stories all his life and is now preparing to die. Necessarily for himself, Edward told many stories about his own life’s adventure. Sadly, they were too outlandishly and repeatedly told as to be fully welcomed by his young listener son, William. Edward’s stories produced a profound skepticism in William about the veracity of his father’s life lessons. William now comes home as an adult to his dying father’s bedside as befuddled in hearing these stories told once again as he was in his youth. Because his father’s truth-telling had grown so suspect there is an observable hardness and distance in William, a reaction to the perceived alienation caused by his father’s oratorical excesses. Yet for Edward, it is precisely his “over the top” sounding stories that best convey the mystery that lights up and colors life when one is in love with people and places. It is this mysterious quality that Edward still longs to share with his now grown up and story-wary son.

William is encouraged to seek a better rapport with his estranged dad by his pregnant and compassionately less cynical young wife who has accompanied him home and when he makes an effort, the film turns into an account of William’s gradual transformation from bewildered and angry son to a more knowing and budding adventurer himself. William decides to set out a daring journey of inquiry to uncover his father’s actual past by retracing some of his father’s steps as told in his tall tales. In this exploration, he hopes to confirm his suspicions that his dad is just a big fibber but surprisingly discovers that his storytelling indeed has roots in the factual. In reality, Edward’s life was peopled by the colorful personages he was always talking about who helped him get by and who he helped get by too in a supplying of mutually needed kindnesses. The film suggests that we all need such caring assistance from each other if we would successfully traverse our respective yet shared pathways home.

Big Fish has something of a classic conversion story about it. As William comes to recognize that there is more truth hidden in the depths of his father’s imagination than he assumed, he is simultaneously enlightened as to the actual nature and purpose of his father’s storytelling. His fact-finding mission not only provided him with a reasonable basis for recognizing the cast of characters his father actually met along the roads of his grand venture but his own meetings with strange truths also gave him rational grounds for finally esteeming the long journey of adventurous living that really was his father’s and was most worthy of being told. It is when William discovers the extraordinary in the ordinary for himself that a new day dawns for this father and son who can now celebrate their real kinship as fellow recipients of gifted lives. Big Fish is a story of reconciliation that has the capacity to spur a greatly needed discovery in us all or at least occasion a “thinking twice” before we too easily dismiss the imaginative as having little relevance for our critical-minded age. 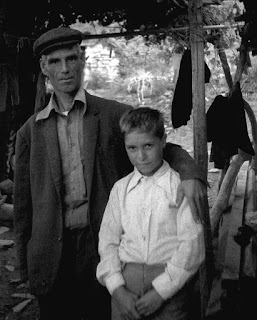 There are, of course, dangers in risking an overly imaginative or idealistic approach to reality and these must not be ignored. But that said, the dreamers among us have a compelling truth to share and lesson to teach- there are gifts to be had in exercising our imaginations, glories to be had in dreaming, delight to be taken in the fact that there is more than a surface life to be lived. The many story-telling traditions emanating from a variety of distinctive spiritual sources- Native American to Biblical- tell such and are fraught with deep wisdoms that offer to edify and enrich those who would listen and learn.

Imagine yourself as invited to a conversion experience the likes of William’s. Where would such an invitation take you or me?  The seeds of reconciliation may be found in turning to the imaginative- the full flowering of which may indeed be fantastic! With a recovery of spiritual poise, with openness to the inquisitive and the imaginative, such a turning as was had by William might also be ours.  If we dare to be similarly adventurous, we may find mighty big fish tugging on our lines that needn’t get away and that most significantly, perhaps, desire to be caught by the likes of us!

Michael Boover
Posted by Carl Kline at 8:32 AM