In the process of my perennial efforts to sort, simplify and discard, I came across a journal entry that I wrote more than 20 years ago. It was written following a 2nd International Conference on Nonviolence held in South Dakota in the summer of  1993.  The journal entry surfaced at about the same time that I received the program report from the recent, successfully completed Satyagraha Institute a week or two ago:

“$100, a mailing list, and a lot of goodwill.  That’s how the 2nd International conference on Nonviolence began.  A year of planning, fund raising, communicating and hard work brought together 250 people from all over the United States, from India, Uruguay, El Salvador, Switzerland, Japan, and South Africa.
The conference was held on Marv Kammerer’s ranch - - a nuclear free zone that borders Ellsworth Air Force Base, the largest site of nuclear weapons in the United States.
For four and a half days a small international community lived on the prairie in an area called a Holy Triangle – its base formed by Bear Butte and Harney Peak, both holy places for Lakota Sioux, and its apex pointing toward Ellsworth AFB. 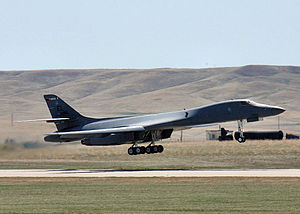 The roar of low flying B-1 bombers provided a constant reminder of our reason for gathering to share and to learn from one another and to encourage one another in our common commitment to a world without violence. The theme of the conference was “Creating Personal and Political Power”.
As the conference progressed we learned in many ways that our most personal concerns and efforts were the most universal.  We reaffirmed that our personal power is political power.  Each time we speak a word or perform an act out of our personal convictions and commitment to a nonviolent world, we make a political statement - -perform a political act.
Were we effective?  Do gatherings and conferences like this make a difference?  Is anyone impacted by a diverse group of 250 people living in peace together in the open air on a windblown, wildflower strewn stretch of mid-western prairie land?  Does anyone pay attention to people who find their greatest power in prayer and meditation - - who love one another - - who take seriously the work of loving their enemies?
Perhaps the fact that we were under continual aerial surveillance the whole time is an indicator.
Perhaps the fact that group members who visited a missile silo site were immediately surrounded by heavily armed military personnel is an indicator.
Perhaps the local news headlines alluding to secret strategies by a peace group on the concluding day of the conference are an indicator.
Perhaps the fact that one of the most powerful and heavily armed military installations in the world had to call a security meeting to determine how to deal with the threat at their borders is an indicator.

My musings ended there.  I still often chuckle that our small group, armed with prayer, nonviolent intentions and plastic forks and knives was able to cause such concern. 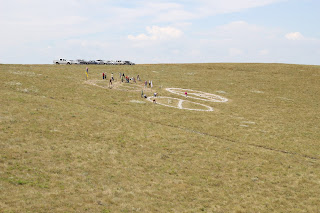 While other threats to world peace and a nonviolent future have risen in the last 20 years and we are still the most heavily armed country in the world, it is interesting to note that many of the missile silos in the area of that earlier conference have been retired and the land has reverted to pasture land.  One or two sites are now historical sites under the auspices of the National Parks Service.
As we continue to be assaulted daily by news of violence and by threats of war on a variety of fronts, perhaps the vision we need to hold in our minds and hearts is a vision of the effectiveness of every single endeavor, large or small on behalf of a nonviolent and harmonious future for the planet.  Perhaps a vision of cattle grazing in rich, mid-western pastures over sites where weapons of mass destruction have been disarmed is one we can cultivate as a collective vision for a more peaceful world.