Wrestling with Our Own Texts, Transcending Violence


How can it be the same Torah, the same stuff of a human soul, the same breath of God as breathed into every birthing baby? As the Book of Lamentations begins, so recently read on Tisha B’Av, day of mourning, destruction brought through hate of one for another, Eicha/how, how? Against the fires of world conflagration, the seventieth anniversary of the atomic bombing of Hiroshima and Nagasaki remembered, so many incinerated, two young lives consumed in a conflagration of hate and its violence. We hold in our hearts the victims of Jewish terrorists who rooted their deeds in our holy Torah of life. How, oh how? We hold so close the memory of Ali Saad Dawabsha, an eighteen-month old Palestinian child whose home was fire bombed on the West Bank, his parents and his four year old brother severely wounded. (And now, his father, Saad, has also died.) We hold so close the memory of Shira Banki, a sixteen year old Jewish young woman who attended the Jerusalem gay pride parade, affirming love and embrace for all, stabbed along with others by a Jew filled with hate. May their memories be a blessing. 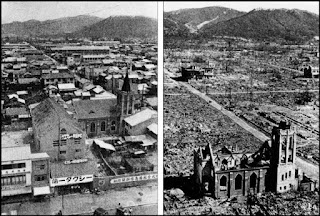 Showing no mercy, the killing of a Jew and a non-Jew in the name of Torah. When others are killed it soon becomes our own as well, or starting with our own it quickly becomes others, and then we realize that there are no others, they are all our own. We belong to each other and to God. How can it be the same Torah? Those who draw on the violence in Torah stop there, failing to grasp the essence of Torah, the spirit that rises up from within the entirety of the text itself, the spirit of Torah that challenges all that violates the Torah's own essence. The Torah is a context in which to struggle with violence toward its eradication, not, God forbid, its emulation.

Rabbi Abraham Joshua Heschel gives us the helpful phrase, “Harsh Passages,” with which to refer to those disturbing parts of Torah and Tanach that tear us apart in their violation of the very essence of Torah as we come to know it in its fullness. From out of his own anguish and struggle, Heschel writes of these passages, “which seem to be incompatible with our certainty of the compassion of God…. We must first of all keep in mind that the standards by which those passages are criticized are impressed upon us by the Bible, which is the main factor in ennobling our conscience and in endowing us with the sensitivity that rebels against all cruelty. We must, furthermore, realize that the harsh passages in the Bible are only contained in describing actions which were taken at particular moments and stand in sharp contrast with the compassion, justice, and wisdom of the laws that were legislated for all times.”  We learn of Torah's essence from living and learning Torah, just as we learn of God's essence through engagement with Torah and life. We challenge both, God and Torah, when their essence is violated from out of that very essence as we have come to know it, as we have learned it through relationship and experience.

Taking a deep breath, we go into the places of violence, daring to stare into the painful abyss in Torah and in life. From the deep places of pain, the very sources of violence, begins the journey to healing and wholeness, teachings of nonviolence emerging through the struggle. Only by going into the places of violence do we begin to find healing, imagining through painful interaction with text and life what alternative responses to fear and perceptions of threat might look like. It is not simply what else Moses and the people could have done, but what can we do to transcend violence? That is the challenge of Torah in bidding us to look at harsh realities, not to avoid, but through painful encounter learning ways to transcend. In the Torah portions of these weeks, so many harsh passages. In this week’s portion, Parashat Ekev, we engage directly, unflintching, with one verse (Deut. 7:16) that takes our breath away, rebreathing as we go: You will have to annihilate all the peoples that God your God is giving you/v’achalta et kol ha’amim, your eye shall not feel any mercy for them, for this is a trap for you. Such fear, such brutality, violating the very essence of God’s compassion. Midrash reminds us of our own crying out to God as Kel rachum v’chanun/Merciful and compassionate God…. But it is Moses who is speaking, not God, reminding us of human responsibility for violence and human responsibility to transcend violence.

Just a short distance later in the text (Deut. 8:10), so far in human understanding, there is hopeful dissonance. The same word, v’achalta, not as a word of destruction, but in its more common meaning, and you shall eat, v’achalta, v’savata, u’ve’rachta/you shall eat, and you shall be satisfied, and you shall bless…, the source of Birkat Ha’Mazon, the blessings after a meal. Looking back, necessary in order to look ahead, a challenge to make peace emerges from the verse of destruction, reading the little word et in its meaning as with…; and you shall eat with the peoples…! So we learn the way of mercy, attitudes changing, fear giving way to hope as we eat together, a paradigm shift. 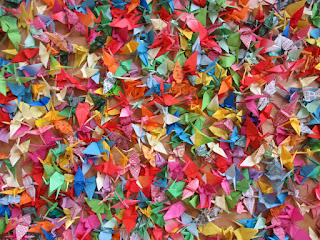 Whatever happened then, whatever this verse is about, it is not on its horrifying surface about how Jews should treat or regard non-Jews. It is only with that recognition become paramount that the rabbis could turn the verse on its head, modeling for us a way of transformation in text and life, and root in the midst of such violence a law that prohibits mistreatment of non-Jews. Through their own wrestling with this verse, out of what must have been their own horror, horror for what the consequences of such words can be, the rabbis derived a law called by the focus of its concern, gezel ha'goy/robbery of the non-Jew. Forcing us to wonder why, it is startling to find this verse as the proof text for a law of such concern. Not in the Ten Commandments, with such clarity as in "Thou Shalt not Steal," not in such universal underpinnings as the creation of every person in the image of God, not in the exhortation repeated thirty-six times in Torah to remember that we were strangers in the land of Egypt, but here in one of the harshest of passages, here in a call to violence the rabbis rooted an antidote to violence. It is rooted here because it is needed here. Teachings of concern for others, emergent paths of nonviolence, do not rise from the harsh passages with immediate clarity, but only through the wrestling that comes of confronting their brutality with horror and asking what then of us, what of ourselves and our own behavior? That is how Torah is to be read, the text become context for our own struggles, for the struggles encountered in the world beyond the text today. To simply read or chant such verses, however beautiful their cantillation and precise their pronunciation, not to vary the manner of reading, not to recoil in horror, is to be complicit in the violence. Torah is timeless in its call to respond, not about them and then, but about us and now.

Of so many paper cranes rising, one for each soul to remind, for Ali, for Saad, for Shira, may their memories be a blessing, a prayer, and a challenge.