In the Eyes of God and People 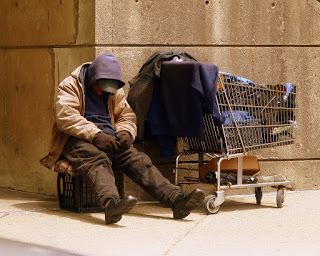 On a recent trip to New York to visit our children, I did something entirely out of character and experience. I walked into a McDonald’s Restaurant, specifically the one at 1499 3rd Avevue and 85th Street. Looking over my shoulder, casting furtive glances, I wondered to what degree motive offset appearance. Motive was important to me, but I was sweating with discomfort, a sweat quite distinct from that in response to the heat of the day. Wearing my kippah, this was clearly a case of maris ayin/appearance to the eye. Though an act involves no direct violation of a commandment in itself, it is preferable not to do it if others may be led astray or make false assumptions, as in McDonalds being kosher. I made my way to the counter, fidgeting in line, chuckling at my urge to explain. Finally coming to the counter, I in fact did start to explain, to simply be asked with impatience, “what do you want?” Taking a deep breath, I made my order, the bill still on my desk to prove it, one quarter-pound burger with cheese, fries, and a chocolate shake.

Carefully carrying my purchase, I made my way back to the homeless man on a nearby street. As my wife and daughter and I had walked past him a little while earlier, he asked for money. I only had larger bills in my wallet and not enough change to give respectfully. The man asked if I could get him some food. Feeling torn for a moment, realizing that anything more than giving him money would take time from our outing, I asked if he wanted to walk to a restaurant with me, where I figured I could pay and leave him. He motioned at what were his worldly possessions scattered around him, a milk crate, a packed garbage bag, a blanket, and said pleadingly, “I can’t leave all of my stuff, would you go for me.” I took the man’s order and said I would return. I called out to my wife and daughter, who had crossed the street in one direction as I prepared to cross in the other, “I have an errand to do,” and they understood. 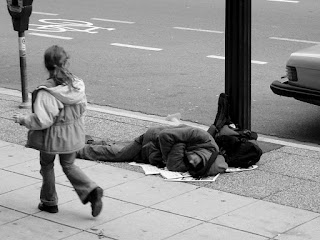 As I walked, I thought of the verse from the Torah portion Re’eh, read just the day before, pato’ach tiftach et yadecha/open, open your hand to your brother, to your poor and your needy in your land (Deut. 15:11). I mused at the irony that in the same portion is a lengthy enumeration of that which we shall eat and not eat as Jews, culminating with perhaps the most familiar verse pertaining to kashrut, the Jewish dietary laws, “you shall not cook a kid in its mother’s milk” (Deut. 14:21), the source of separating milk and meat. As I walked, I thought about how seriously we are to take such calls as to open our hands to the poor and needy. What is our role and responsibility to strangers? As I inconvenienced my own family, I wondered to what degree in real terms I was to see this homeless man as my “brother.” Of course, to take the time to go to McDonald’s, with all of its ironies, is such a small thing, hardly worthy of mention or merit in the grand scheme. And yet, the small deeds of healing and repair that come to our hand in the day-to-day are of great and instructive meaning. It was I who was the recipient of the greater gift on that sweltering New York afternoon.

From the root tzedek/justice, tzedakah is not charity, as the Hebrew is often unfortunately translated. We give to help others for the sake of justice, for the sake of correcting an imbalance. In the weekly Torah portion Ki Tetze (Deut. 21:10-25:19), numerous commandments are given for the sake of correcting social and economic imbalance. In truth, tzedakah is meant to remind us of the greater work needed to create a just and equitable society, one in which there shall be no need for such trips to McDonald’s as mine on that hot summer’s day. Of caring for the poor in Ki Tetze, we are told, u’l’cha ti’hi’yeh tzedakah lifnei hashem elokecha/and this will be for you “an act of righteous duty” before God, your God (Deut. 24:13), the sacred obligation of tzedakah emphasized in Rabbi Samson Raphael Hirsch’s translation. The portion goes on to speak several times of our responsibility for the “stranger, the orphan, and the widow.” These three come to represent the most vulnerable members of society, those most in need of concern and response for the sake of justice. We are reminded here, one of thirty-six times in the Torah, v’zacharta ki eved ha’yita b’mitzrayim/you shall remember that you were a slave in Egypt. Elsewhere we are told, v’atem yadatem et nefesh ha’ger/for you know the soul of the stranger (Ex. 23:9). To know another so deeply is indeed to be as family, intrinsically connected, all part of the human family.

In a climate of xenophobia, hate, and disregard for the image of God in every person, when the words of a presidential candidate are cited by those who would brutalize a homeless man on the streets of Boston, Torah offers challenge to all that dehumanizes, pleading that we listen. The Torah portion Ki Tetze contains seventy-two commandments, more than are found in any other portion in the Torah. Underscoring just how seriously we are to take the Torah’s call, just how much is at stake, the Sefer Ha’Chinuch, a Medieval work that offers reasons for each of the commandments, teaches the ultimate purpose of the commandments, l’lamed nafshenu le’ehov ha’tov/to instruct our souls to love the good. 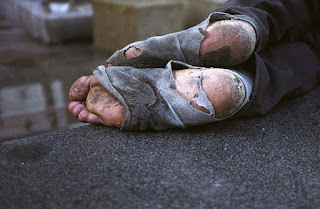 Though I would prefer to have provided the man on a New York street with healthier food, I am grateful that I could help him with at least one meal on one day. The receipt that sits on my desk is a reminder of how much more there is to do for the sake of true justice. For all of my discomfort in entering McDonald’s with a kipah, I would have felt far greater discomfort had I not gone, feeling then a far greater weight upon my head. In the same portion, Re’eh, just before the verses pertaining to the dietary laws, the Torah pleads with us to do that which is right in the eyes of God/la’asot ha’yashar b’eyney ha’shem (Deut. 13:19). A clear case of maris ayin/appearance to the eye, I realized later that my concern for how people might perceive my entering McDonald’s had been entirely misplaced. To do right in the eyes of God requires no justification to people, only to share and explain with joy and patience. The eyes of the homeless man were as the eyes of God. Waiting, hoping, upon seeing my return the man’s face lit up, his eyes shining with appreciation, the glow of faith affirmed. His words were warm and embarrassing, “you are the best.”

Rabbi Victor H. Reinstein
Posted by Carl Kline at 8:36 AM