A few weeks ago, I found myself preparing a sermon on the story of The Good Samaritan.  It has always been challenging to understand what the familiar story means in the light of ever changing cultural and religious dynamics since the story lends itself well to much religious and cultural stereotyping. 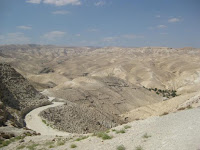 The story is familiar to many.  A man is traveling from Jerusalem to Jericho. He is mugged, beaten, left for dead.  Respectable people pass by on the other side of the road and fail to help him.  Eventually, a Samaritan man stops to help, dresses the man’s wounds, puts him on his own animal and takes him to an inn where he pays the innkeeper to care for the man, promising to return and make up the difference in the cost of the man’s care.

Amy Jill Levine in her book Short Stories By Jesus,  does a thorough explication of the story.  I will be ever grateful for her pointing her readers toward another ancient text in 2nd Chronicles 28:8-15.

In that ancient story of the wars between Israel and Judah, in a particular battle, the men of Israel took captive from their fellow Israelites who were from Judah two hundred thousand wives, sons and daughters.  At their homecoming, they are greeted by an irate prophet.   In God’s name, he speaks of the excesses of slaughter during the battle and directs the returning soldiers to send the prisoners back to their homes or risk incurring God’s anger against themselves. 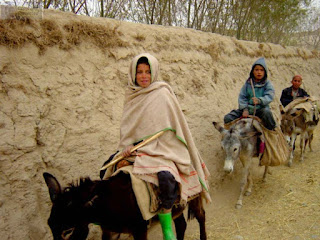 The men designated by name took the prisoners and from the plunder clothed all who were naked. They provided them with clothes and sandals, food and drink, and healing balm.  All those who were weak they put on donkeys.  So they took them back to their fellow Israelites at Jericho, the City of Palms, and returned to Samaria.

Still, in both stories, a deep humanity is evoked and the much hated Samaritans exhibit the attributes of God, compassion, kindness, healing.   For me these stories both offer hope when it comes to seeing how to break the cycle of violence and bondage, hatred and revenge.  In our quest for the gentle influence of nonviolence in our lives and, perhaps in the world, it might be well for us to remember that even the worst enemy has within him or her the potential for compassion, for healing, for unselfish self sacrifice.  Perhaps the work begins simply, by not painting every human being in a given group with the same brush.  Perhaps it begins with recognizing that we all are driven by conflicting energies and motivations of either selfishness or generosity.  Perhaps it begins with knowing that each human being has the potential for revealing the face of The Holy or for concealing it.  We are free to consciously choose whether we will reveal or conceal the goodness and the wholeness that supports life in community and on this planet.  We can, indeed, break the cycle of violence and hatred by our own choices.