Ten Illusions about Inequality and Peace

Our ten illusions about inequality and peace.
Yesterday I realized that we humans do not focus well on the goals of life. We still have a long journey to go, when it comes to "Artham," the way of power and wealth.
I think the Eastern view that life is an illusion is more attached to living reality and our nature.
We cannot define the accumulation of wealth on earth as bad, though as we all know, everything stays when we die.
First illusion: Moral: All that remains of what we saved after death is exactly what we work for in vain. 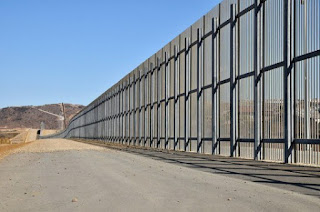 When we are rich, we have to build a fence because of fear that someone will remove what surely we have in excess, what is left after our needs.
Second illusion: Why do we fear losing what is left, if what is left is excess?
Third illusion: We've never seen a millionaire lose his fear even after building a very high fence. I knew a great millionaire in Monterrey that slept with a guard outside his room, despite the fact his home had a wall three meters high and electrified.
Perhaps fear is directly proportional to the size of the fence?
Money creates the accumulation of wealth and power and this power makes one build bigger and higher walls to protect the wealth. This fence is called laws and punishments.
Fourth illusion: Artificially, this power and wealth creates the right to private property, which is a universal and positive law, but we forget that others have the right to meet their needs also, and this is above the right to accumulate. Others also have ambitions that may be legitimate or not legitimate and that although the punitive law does not eliminate the rights of others to survive, or diminish ambitions.
We forget that even the most interesting story of wealth accumulation depended on the work of others, because nobody can get rich alone. If you build a team, for sure the output will have to be divided equally.
Fifth illusion: Any sensible thinker would say that if the rich accumulated his wealth by the work of others and they were not compensated equally, only then he is exploiting; In a forest of trees, if only we take and we do not give back the same of what we cut , we call that exploitation and nature eventually will pass an invoice for sure. Nobody has the right to exploit anyone and if you do, wait for nature to compensate. This is inevitable. I see that exploitation always smells like blood.
In the world, rich people created plutocratic states, and these states form armies to protect the wealth of the millionaires who control the country.
Sixth illusion: Let us realize that in order to sustain the interest of these plutocratic nations we will have to sacrifice young people for the sake of homeland defense, when it only defends the interests of powerful minorities. Maybe you can maybe justify homeland defense, but you can not justify the defense of the interests of the country abroad. It is only the illusion of patriotic unity. The children of the rich almost never die in war. The poor boys are the only ones who are killed as they have less to lose.
We can accept that perhaps we deserve more if we work more and if we don’t work we might not deserve anything. Actually it is not that way, as the time rates for working are not the same for everyone. 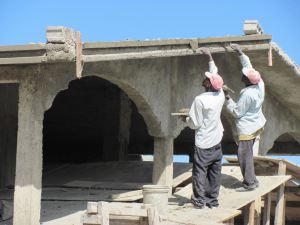 Eighth illusion: In our society we value mason workers and the civil engineers on a construction site differently. Aren't both as important? What is true is that a Mason has a lower life expectancy than a civil engineer? I have never seen an engineer laying bricks on a wall or a mason worker calculating a structure. Is it true that both are needed equally? Inequality in pay rates causes the problem of envy and injustice. "Equal pay for equal work, with the same rate if the effort is the same" We could perhaps accept a near "double" rate for the engineer, but never absurd multiples for the capitalist, a big differential in today’s world.
We can define justice as to satisfy what everyone needs and how much effort you provide to others. So why this abysmal inequality?
Ninth illusion: By observing social inequality we may think that this will bring Peace and Justice, then we are living the greatest illusion, because this will not happen despite the laws.
Tenth illusion: If we believe that human beings are like that, and we are satisfied with it, then we can only expect that the world will not change, because to believe otherwise would be an illusion; to expect a different world without the same inequality.
My thoughts by default do not expect more of the same world. What I see is that we have to change to a more just world to deserve more peace.
Some may think that what I write here is similar to "Dialectical Materialism" of Karl Marx, but it is not. What I want is peace and justice, and one without the other cannot exist. I am not seeking to rob the rich and take all from them, what I want is to give the poor a better chance for life. This is not a theory, not a fact, it is only seeking to be consistent with myself and accept that I am part of inequality and therefore part of the problem of an illusory world attached to matter.
Fernando Ferrara
Posted by Carl Kline at 5:01 PM