Growing up, I was always aware that there would be consequences for my actions. My father was usually the enforcer. He generally followed the "spare the rod and spoil the child" belief. I still remember some of those spankings like yesterday. They reside deep in my psyche.

As an adult and parent myself, I soon learned that there were other kinds of consequences that could be more effective than hitting. The first was making sure rules and values were clear so the likelihood of misbehavior was minimal.

The second was a series of choices that the offending child didn't like, including time outs and time consuming chores. But probably the most effective technique was the knack my wife had for distraction, so when the child was just about ready to make a bad decision, she drew their attention to a better choice they actually liked.

Repeated often enough, this was a learned behavior that I believe helped shape later life. The consequence of a good choice was a good result. So why make a bad choice?

Whatever the style of family discipline, most of us learn there are consequences to our actions in the family. If not there, it slowly becomes apparent in other institutions, like the school, neighborhood or larger community. Maybe the knowledge only comes to fruition for some in prison. All of this is what I call "real time consequences."

Unfortunately, there are also "eternal time consequences." And in a materialistic culture, the long term is often sacrificed for the immediate. 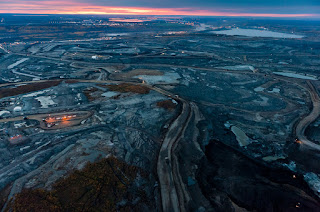 I'm saddened by the reality that most decision makers in U.S. society seldom even think about the generation following them. They make "real time decisions" with "real time consequences." So the Public Utilities Commission in South Dakota can rule out any testimony about long term consequences of the Keystone XL pipeline running through our state. And Transcanada could care less about how they've opened up the worst carbon bomb in our history, all of which has to stay in the ground to avoid climate catastrophe.

They seem oblivious to connecting the dots: warmest months in history; heat deaths and floods in Asia; wildfires in Alaska and the U.S. West; drought; torrential rains; melting glaciers.

So now we're told we face the sixth great extinction. Science magazine recently published a study by several scientists from a number of North American Universities. Even the most conservative estimates show we are killing off species at far higher rates than previous die-offs, as much as 100 times greater, because of human activity such as climate change, deforestation and pollution.

The scientists conclude, if those rates continue "life would take many millions of years to recover,and our species itself would likely disappear early on." Paul Ehrlich writes, "There are examples of species all over the world that are essentially the walking dead. We are sawing off the limb we are sitting on." 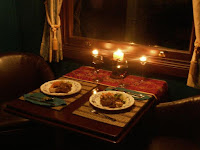 Fortunately, the next generation has noticed these likely prospects for their future. You'll find them at the Possibility Alliance in Missouri, where the only form of transportation they will use is a bicycle or Amtrak. They are off the electrical grid. They use candles.

Or you'll see them in court. In the state of Washington, eight young petitioners won a landmark decision this week forcing the state Department of Ecology to work on statewide reductions in carbon dioxide emissions. The petitioners range in age from elementary school to high school. Thirteen year old Zoe Foster said, "I'm not going to sit by and watch my government do nothing. We don't have time to waste. I'm pushing my government to take real action on climate and I won't stop till change is made." 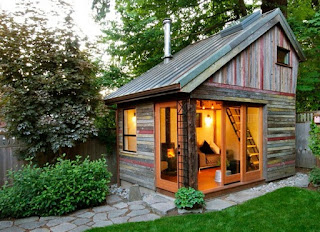 Or you'll see the next generation building tiny houses, establishing bike trails, gardening organically and selling fresh produce at farmer's markets, speaking up at public hearings, encouraging their schools to divest from fossil fuels, working at jobs that could help us create positive "eternal consequences." We all owe these young people an enormous thank you for what they are doing to foster a more sustainable future. We all need to do something, anything, and join them.

And should I even mention "spiritual consequences?" Many have allocated ideas of heaven and hell to the waste dump. Others are unsure about the idea of a "soul" and if anything continues after "real time." Perhaps that's part of the short sightedness of modern societies. We're too busy with "real time" concerns to even ponder the life of the spirit, and to plan and work for future generations.

If the Genesis story of creation means anything to Christians and Jews, it should mean we're meant to be stewards of this good earth, not plunderers. And the best theology still contends there are spiritual consequences for spiritual apathy.