"All We Are Saying, Is Give Peace a Chance"


I find myself hearing echoes of a plaintive cry, a pleading chant so achingly innocent. The simple words were sung over and over again at peace rallies against the Vietnam War, “All we are saying is give peace a chance.” It seems in retrospect that perhaps the words were sung primarily in the earlier years of the war, before the horror sunk in of how deep we were in the “Big Muddy,” as Pete Seeger sang of the churning vortex. Perhaps it was before it became so clear that the American war machine was chewing up our young and spitting out the pieces of a generation. Perhaps it was before the fiery dragon spewing Napalm flames devoured so many Vietnamese, those who were never included in the nightly body counts. Much as in the way of another dragon called Puff, that which is innocent and good is also eternal, however masked or maligned, continuing to speak its own quiet truth. 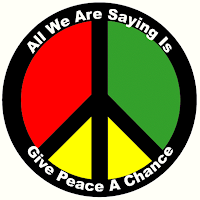 I keep hearing the old words, singing them alone, at times with tears, stunned to hear them on the lips of an American president, yearning for the multitudes to gather and raise their voices together. I hear the truth of a song’s simple innocence, “All we are saying is give peace a chance.” I heard that truth as I read the weekly Torah portion, Parashat Mattot-Massei (Numb. 30:2-36:13), and I hear it amidst the cacophony of voices that would drown out glimmers of hope as the Big Muddy rises. All is connected when John Kerry tells of learning the horror of war in Vietnam, of the urgency to prevent war carried since then, when all we were saying was “give peace a chance.”

The choice is ever before us, whether to give peace a chance, to take realistic steps to allow for its possibility, or to rely on old ways of power and might that become the only way, insuring more of the same. It is the question that pulsates in Parashat Mattot-Massei, what will we do to make change, to shift the momentum and the paradigm? Torah is the context in which we wrestle, facing the challenge of violence and of hope desperate to rise, asking ourselves what else might have been the response then, realizing in a flash of honest encounter that the question is not of then, but of now, not of Moses, but of us.

This week’s portion is one of those for which Abraham Joshua Heschel gave us a way of calling and containing, one of the “harsh passages.” It is brutal and bloody. The Israelites wage war against Midian, massacring men, women, and children. Forced to look at its horror in the holy text, challenging us not to avert our eyes to the same horror in our worldly context, war itself is the ultimate reflection of human failure. For all that Midian might have done or wanted to do to undermine and eradicate Israel, there are those who explain it simply as war, the lives of men, women, and children not withstanding!

But it didn’t have to happen; it doesn’t have to happen. There were enough threads of human connection to weave together in this portion, threads that in their weaving might have offered a new way, that still can. Moses fled to Midian to escape the wrath of Pharaoh. There he found his calling, encountering God at the burning bush while tending the flock of his beloved father-in-law, Yitro, a Midianite priest. Moses married Yitro’s daughter, Tzipora, mother of their children, Gershom and Eliezer, children of Israel and of Midian. In a remarkable Jewish ethical/Musar work, whose title is its own teaching, Chochmat Ha’Matzpun/the Wisdom of Conscience, we are told that after ordering the battle, Moses himself stood back, perhaps as though stunned, horrified, v’eyno yotzei la’milchama/and did not go out to battle. Asking why, the Musar teacher draws on ancient midrash to underscore Moses’ deep connection with Midian, underscoring in its own way all human connection, for it is not in the way of justice to cause pain to those who had done good for him for he had been raised in Midian (Sefer Chochmat Ha’Matzpun, vol. 3, p. 238). 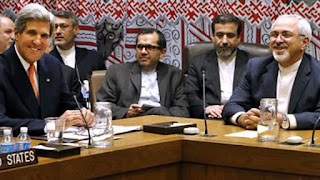 Moses failed to weave together the threads of human connection, but we can. Offering context in which to engage with the timeless trials of human life, the Torah cries from its essence for us to meet the challenges of our own time, challenges reflected in its own ancient mirror that cry out for a new way of response. A new way has been offered today, without which an unthinkable path to war is far more likely. Threads of human connection wait to be woven. No longer of innocence, but from a place of clarity and vision, a timeless truth, a truth of Torah waiting to be sung, “All we are saying is give peace a chance.”

Rabbi Victor H. Reinstein
Posted by Carl Kline at 5:26 AM