My husband and I have been watching a video series called “Touch”.  The story follows the life of a single father’s challenges raising a young son who has autism. The son, Jake, does not speak, does not make eye contact and cannot tolerate human touch.  He connects to the world through the relationships between complex patterns and numbers that have their basis in quantum physics and in the realm of mysticism.

Since Jake does not interact verbally or emotionally with the world around him, it is his father’s task to figure out exactly how Jake does communicate.  As the season unfolds, it becomes the father’s mission to “hear” his son and to follow the complex ways in which his son feels his connection to not just other people, but to the world and the cosmos. His mission must be accomplished under the constant threat of having his son taken from his custody because he cannot control his son’s behavior and keep him safe. 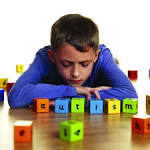 There is much in the series that requires the use of imagination and a level of comfort with the edginess of a science fiction that could become reality. Jake’s life and gifts are an intrigue that draws me in.  Each segment of the series is given over to either a complex and repeating pattern or a sequence of numbers that keep showing up again and again as the episode unfolds.  The patterns and numbers are a connecting link between human lives.  A number sequence may connect two teen- age Iraqi boys, who are trying to get their own rock band going, with a techno-geek  in New York City who happens to see their Facebook post.  They all, in turn are linked with a family in another city, searching for a missing child who has been kidnapped by a woman suffering with schizophrenia.  The schizophrenic woman is cared for by a nurse who is the daughter of an elderly man who keeps challenging Jake’s father to “listen” to Jake.  All their lives are all linked in some way.  Jake knows this.  His father has to figure it out.

A major underlying theme in the series is that Jake suffers terrible emotional pain when the connections between human beings are severed or are not functioning.  When the human beings in a particular pattern or number sequence are disconnected from all the others in the pattern, they suffer and their suffering causes pain to Jake.  Jake’s father is the one who must pay attention and find the ways to restore the connections so that the people involved get re-connected and Jakes pain will stop.

The series feels to me like a parable of sorts.  It draws my attention toward the interrelatedness of all sentient beings, toward appreciating that we are all connected through invisible bonds, through fragile threads, perhaps through a common genesis like the Big Bang - - the metaphors are myriad.

The idea that when one person suffers we all suffer weaves its way through the stories as I watch the evening news, acutely aware of the interconnectedness that makes universal suffering a reality.  Jake, very closed off from the people closest to him, has an experience of universal suffering that the people around him do not see until he draws them into his world where they have to meet him on his terms.  He does this by putting himself at risk, purposefully wandering into dangerous situations so the adults around him will pay attention….and follow him until a particular connection is restored. 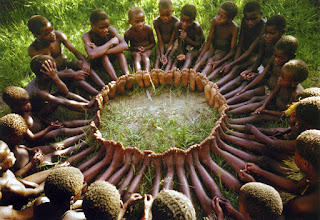 As I have watched the news and have read the newspaper articles about the numerous protests around excessive police reaction against people of color in this country, I have seen Jake in the streets, both pursued and pursuing.  I see him behind the police blockades.  I see him in pulpits and on street corners, in broken and dying bodies - - doing his work – - drawing attention to the suffering caused by all the broken connections – putting himself at risk so that we will pay attention and put ourselves to the task of reweaving the tenuous, fragile bonds that connect us as human beings.  The series asks us to consider what many religious and indigenous traditions have always taught.  We are creatures who belong to a vast network of interconnections between each other, between ourselves and the planet, between ourselves and the entire cosmos.  Indeed, when one suffers, we all suffer. The myriad voices of humanity and nature are speaking.  It is up to us to listen carefully to hear what they are saying and to do the risky work of restoring the connections.

Vicky Hanjian
Posted by Carl Kline at 9:07 AM