Seeing Each Other as "One of Ours"


The program began before it had started, its meaning expressed in a chance encounter of two people standing by the threshold of an open door. Chaim had arrived, delivering kosher Middle Eastern food. It used to be when I would place the order and request delivery to the mosque in Roxbury, there would be a moment of confused silence at the other end of the phone. Now it seemed so natural, change over time; Rabbi Reinstein, the mosque, imams and rabbis. As I stood with another rabbi greeting Chaim, Mohamed, a partner in dialogue, walked briskly across the tiled floor of the grand foyer of the mosque. There, at the threshold he extended his hand and began speaking to Chaim in Arabic. Without missing a beat, the Jewish deliveryman responded in animated Arabic. As the two men began to laugh, Mohamed exclaimed, “I thought he was one of ours.” Greeted as a lantsman/countryman, a Yiddish term from Eastern Europe just as foreign to him as to Mohamed, Chaim explained that he had grown up in Libya speaking Arabic. In the relaxed atmosphere and good humor that filled the entry space, others having joined us, drawn to the sound of laughter, we were all, each to the other, as “one of ours,” lantsmen.

With Chaim’s arrival, we were setting up for a program of Building Bridges through Learning. During a time of ugly controversy, fomented by opponents of the very mosque in which we were meeting, a Muslim colleague and I started Building Bridges, seeking to create a different reality by bringing together imams and rabbis to study together. Always with a thematic focus explored through Jewish and Muslim texts, we learn with and from each other, but most importantly, we learn about each other. There is a natural bridge between Jews and Muslims that is too often forgotten today. Both peoples are a people of the book, ah’l al kitab/am ha’sefer. Building bridges through learning, we create common ground upon which we, and through us our communities, can come to know each other. With the experience now of nearly ten years of learning together, a depth and sense of trust has developed that brings a growing sense of ease to our interactions, even as we welcome new people.

Seeking a lens through our texts by which at times to address challenging issues that beset us, and at others to discover and delight in threads of connection, we were exploring on that day a fascinating weave of thematic connection. A little known bond between Jews and Muslims is our common celebration in sacred text and calendar of Israel’s exodus from Egyptian slavery. While not observed on the level of Passover in Jewish tradition, for which the more likely parallel may be Ramadan, Muslims celebrate the freeing of the Hebrew slaves on the fast day known as Ashura, the tenth day of the month of Muharam. It was a particularly timely theme for the Jewish participants, in the midst of preparations for Passover. During our learning, a Muslim woman at my table said that when she fasts on Ashura she “feels like we are in solidarity with the Jewish people.”

As the planning committee considered the Exodus as a focus, strains of Bob Marley’s “Redemption Song” spontaneously rose from among us and floated around the table, Jews and Muslims joined by a Jamaican Reggae singer. As the Jewish story of liberation from Egyptian slavery offers universal metaphor and inspiration in the quest for human freedom, the essential question is how to make the story real. To Bob Marley’s question in song, the answer is ours through deed, “Won't you help to sing these songs of freedom? 'Cause all I ever have, Redemption songs, Redemption songs.” In our gathering was the beginning of an answer, one small step along the path toward a new way, people joining together, breaking the shackles of all that would divide, familiarity and friendship to replace distance and suspicion.

In a time when despair comes so easily, there is hope in the simple encounters of people with each other, planned and unplanned, always open to possibility and unexpected signs of change. Looking toward the morning light from the midnight hour of our ancestors’ departure, we begin the walk toward freedom. That is the message with which the weekly Torah portion of the week of our program, the portion Tzav (Lev. 6-8), opens and the message of the Shabbat that precedes Passover, Shabbat Ha’gadol/the Great Sabbath. In the first verses of the portion Tzav, the Ascent offering is to be burned upon the altar through the night until the morning, when the new day’s fire shall be kindled from the dying embers of yesterday. In the prophetic reading for Shabbat Ha’gadol, the Prophet Malachi bids us look toward the dawning of the new day of liberation for all, the meaning of Passover and Ashura fulfilled, of swords turned to plowshares, “Redemption Song,” upon every tongue: Lo, I will send you Elijah the Prophet before the coming of the great and awesome day of God, Who will turn the heart of the parents to the children, and the heart of the children to their parents. 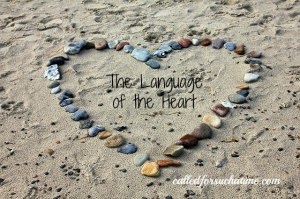 On that Shabbat of new possibility preceding Passover, we stand by the threshold of an open door, looking toward a time when all shall laugh together and see each other as “one of ours.” In the excitement of encountering another whom we only thought was “one of ours,” we suddenly realize that our “mistaken” thought is in fact true on a deeper level than our initial thought. We create in that moment of realization a portal to sacred space, the beginning of relationship before we have even started. Hearts turning to each other in openness, we are all lantsmen who speak a common tongue, the language of the heart.