The irony one finds in the news these days is mind boggling.

There's the story of the family member who called 911 asking for a welfare check on a 74 year old relative who recently had heart surgery. The relative was concerned the man might not be OK. He lived by himself. So after police attempted to raise someone at the house without success, and after checking nearby hospitals, about 11:30 P.M. they broke into the home, afraid he might be there and in need of emergency care. They found the man pointing a gun at them, perhaps expecting robbers, and he was shot dead.

Apparently he was OK, but after a "welfare" check, he's not now!

Then there's the story of the three young people, Muslims, who were shot execution style, all three in the head, by someone who on his Facebook page was an "Atheist for Equality" and apparently hated radical Christians and Muslims for causing strife in the world.

Unfortunately, his victims were all studying and working to contribute to the common good, not harm it. The young man had plans to travel to Turkey with other dental students to provide dental care for Syrian refugees. He was certainly about alleviating strife and suffering, not causing it.

And police and media reports led one to believe this was a parking lot dispute (as if that justified killing three unarmed people in cold blood). Initially, you got the picture of the murders taking place in the parking lot, when in reality, the killing took place in the apartment of the three victims. Who was the cause of strife? 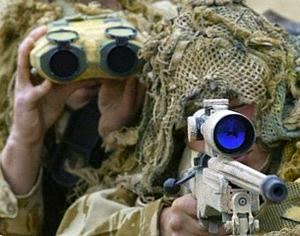 And now that the killer of the "American Sniper" has gone on trial in Texas, the irony in that story continues to unfold. Chris Kyle was credited with 160 kills as a sniper by the Pentagon and was killed himself at a shooting range in Texas, in the back, by another vet, allegedly high on whiskey and weed and with severe mental issues. The killer was paranoid and thought "people were sucking his soul." We're told that Kyle and the other victim both had guns in their holsters but never had a chance to draw them.

The oscar nominated film about Kyle has grossed close to $300 million. The irony in this story does not discount the tragedy of lost life, of Chris Kyle or any one else. All lost life is tragic. Rather, it should speak to us of the ultimate irony implicit in the rule of violence. As M.L. King said, the choice is not between violence and nonviolence, but between nonviolence and nonexistence.

And then there's the rationale attributed to South Dakota Representative Stalzer of Sioux Falls for why people shouldn't be required to have a permit to carry a concealed weapon. He says, "he knows people, including his wife, who accidentally let their permits expire and carried their weapons as criminals under state law."

Well, I know people who have forgotten to renew their driver's license and drove around as criminals according to state law. They didn't mean to, they just forgot. So I guess forgetfulness on the part of well meaning people is a good reason to abolish permits, for concealed weapons, maybe for driving a car and (what else could we excuse?).

Is it possible a person might become mentally unstable, or commit a felony, or be charged with domestic abuse in between conceal and carry permits?

Ironically, the South Dakota State House Affairs Committee voted for it. And irony of ironies, the police, those we ask to protect and serve, are the main opposition to encouraging more weapons without permits, hidden and otherwise, on our streets. Apparently, those who most often have to deal with gun violence are least likely to encourage it. 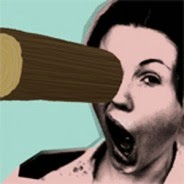 But I can't leave this commentary on irony without at least mentioning our national fixation in the U.S. on stopping violence with greater violence. As if it weren't obvious, our decade long adventure in Iraq has led to ISIS. And our drones in Yemen and elsewhere are destabilizing whole societies. And all the blame in Ukraine we've laid at the feet of the Russians.

It reminds me of a saying, "As we see the speck in the other's eye, we are oblivious to the log in our own." Irony of ironies!