Is God in Our Midst or Not? 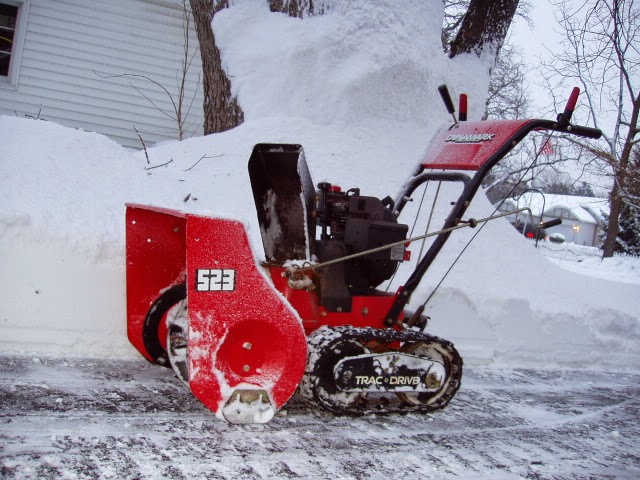 As the week’s blizzard came to end, we went outside to begin to clear up. One of my favorite activities is running the snow blower, which is owned collectively among three households on the street. In part, that is what I love about it, delighting in the gift of its collective ownership. Every time it snows, we need to be in touch with each other, coordinating schedules and prioritizing needs. Mieke and I got the little machine that we call “Mighty Mouse” at our designated time. Adding to the excitement of running it, Mieke made a video of me driving the red machine down the driveway. The video was for two and a half year-old Leo, so he could see the snow flying and zayde (Yiddish for grandfather) hard at work, calling out to him and yelling “mush” to urge on the imaginary dogs. It was a great hit! We had our first real phone conversation with Leo after he saw the video. The first thing he said was, “I want one for my house.” At some point in all of the fun with the video, we suddenly all had an amazed realization; Leo had no idea what snow is! Living in Los Angeles, he had never seen snow, never experienced its cold or its gently falling flakes, neither its drifting depth nor its wind-swept bite.

I thought about our efforts to explain snow to Leo as I went through the week. I began to notice lines of connection to similar questions about being and existence, naught and nothingness, people helping or not helping each other, manifestations of God’s presence or absence. How to explain, how to know, of that which we see and of that which we know only through manifestation of its essence in the world around us? I thought of such questions as I came to a line in the week’s Torah portion, B’shallach (Exodus 13:17-17:16). It is a line that I had never thought much about. The people of Israel have crossed the Sea, finally on the journey, “free at last, free at last, thank God all mighty, free at last.” They have seen amazing signs and wonders, some breath-taking and some horrifying, some one and the same, as in that very crossing of the sea, their redemption entwined with the destruction of the pursuing Egyptians. All so confusing, what to think, what to feel in the face of life’s contradictions churned up with the muck of the sea bottom? Fearful, needing water, they argue and complain, challenging Moses, testing God. And then they ask a powerfully profound and poignant question, timeless in its yearning to know, as real for us at times as for them, is God in our midst or not/ha’yesh Ha’shem b’kirbenu im-ayin?

It is an amazing question, so real in its immediacy. Is God in our midst or not? How do we know? What does it mean to affirm the reality of an unseen presence? What if we have never felt God’s cool kiss upon our brow, or the warmth of God’s presence upon our heart? What about the swirling bite and blur of life when it seems impossible to see beyond what is? In a world of so much evil, what is the place and power of goodness and of God’s role and ours in its expression? How do we know then, when all seems blurred, if God is in our midst or not?

Unlike snow in warm climates, God’s presence can be felt everywhere. Also unlike snow, experiencing God is not a matter of sight, or touch, or taste, but of something deeper. After all that the people have experienced of God’s miracles, the fearsome plagues, the sustaining gift of mannah, the parting of the sea, we realize with their question that knowing God is deeper than the impact of miracles occurring outside the order of nature. Awareness of God comes through the ordinary miracles of every day, that which is within nature, within and among our selves. It is knowledge acquired over time, found in our ability to see beauty in spite of all that would deny it. There are times when we are blessed to know God as a still small voice rising from within. In the weave of humanity, God is found in the interconnection of people become as God’s angels. God works through us.

Beyond signs and wonders meant to convince, but which really don’t, the deeper teaching that points to knowing God in the day to day and in the experience of life lived with people is hinted at in the very wording of the people’s question. The people ask if God is b’kirbenu/in our midst? Ultimately, it is only a question that they will be able to answer, only when they experience the manifestation of God’s gentle touch in the way of their relationships with each other, and so for us. B’kirbenu is from the root karov/near or close. The answer is in the way of our drawing near to each other, finding God’s presence within and among our selves. There are times when we know the sweetness of God’s presence in solitude, when our hearts are open to God’s longing, or in the gift of God’s response to our yearning. In the social context, it is in the manner and way of our being with each other that we find nearness with God, meaning and purpose in life. There is an equation and a choice framed in the first word and the last word of the people’s question. The first word is ha’yesh/is there? Taken by itself, yesh means there is! The last word, ayin, means naught or nothingness, there isn’t. That is the choice, whether we choose to draw near or not, whether we approach life with optimism and a sense of possibility, whether we live in the way of there is or there is not. 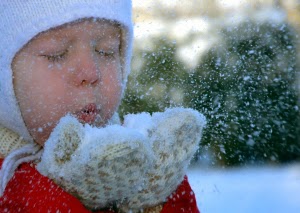 Ultimately, it is a choice that cannot be explained in the abstract. Understanding the consequence of each way of being, to live with hope and possibility or with a sense of naught and nothingness, determines our ability to sense God’s presence among us, and within our own selves. As hard as it is to explain snow to a child who has never seen snow, it is both harder and easier to explain God’s presence, especially to a child. In the caring and cooperation of people with each other in the common use of a snow blower, there is something much more than the exhilaration that comes with its use. In the nature of our relationship with each other, and in the stillness of falling snow, is an intimation of what is possible, of yesh/there is in the face of naught, of God’s presence among us.