There's been an interesting development in science over the last couple of decades that never seems to make the headlines. There are more and more scientific studies being done on the dynamics of forgiveness. That's right, forgiveness!

For instance, a couple of researchers discovered 58 scientific studies of forgiveness in 1998. By the year 2005, that number had grown to 950. One of the researchers is a well known professor, Everett L. Worthington, Jr. He plays a major role in the film "The Power of Forgiveness" and is a professor in the Department of Psychology at Virginia Commonwealth University.

He and others are looking at forgiveness scientifically. In the process, they are discovering that the religious admonitions to forgive may well make sense for all those involved.

One of the tools used in the studies is biofeedback. Participants, after initially being in a state of rest, are invited to revisit an event and time when they were in the presence of someone they haven't forgiven and to describe that situation to the researcher. In the meantime, they are measured for blood pressure, heart rate, breathing patterns and sweat.

What the studies have shown is that the intensity of the anger and dislike of that unforgiven person determines the stress level one sees in all the measurements. Some people who are holding onto hate sweat profusely and their blood pressure goes off the charts. On the other hand, the forgiving person has little change in heart rate or the other indicators.

When one recognizes that research has also established a connection between hostility and a heightened risk of cardiovascular disease, one begins to get the picture that holding onto grudges and bitterness toward others is not healthy for the hostile one. Some researchers believe the unforgiving person may compromise the immune system, throwing off the production of important hormones or disrupting the fight against infections.

Research has also shown that especially in older age groups, forgiving persons cited greater satisfaction with life and were less likely to report distressing symptoms like nervousness, sadness and restlessness. 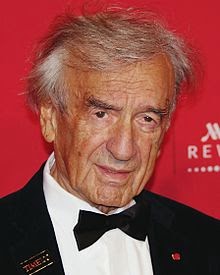 Elie Wiesel, a holocaust survivor, says one who has committed an offense against another needs to ask that person for forgiveness three times. If after the third time, forgiveness is still refused, the moral burden falls on the other and they are the one that needs to be forgiven in the larger scheme of things.

The philosopher Friedrich Nietzsche said, "It is much more agreeable to offend and later ask forgiveness than to be offended and grant forgiveness." Probably many would agree with him. Offering forgiveness is difficult. Different people have different requirements.

Some expect the offender to grovel. If they crawl on their hands and knees, begging, perhaps they can be forgiven. Others require at least an apology, an admission of wrongdoing, some degree of repentance, a promise not to offend again. Still others need an appropriate level of punishment for the sin, even to the point of the death penalty.

Forgiveness is not forgetting or even excusing or pardoning an offense. The idea of forgiveness is to help us move past the negative emotions of anger, hostility, resentment, bitterness and hatred, toward the positive. Otherwise, how can one be truly healthy, loving and compassionate, when those old hurts lie just below the surface, just waiting on a memory or a similar circumstance?

That's not to say there may be some horrific circumstances where it is almost impossible for someone to forgive. They need not be identified as we can all think of examples. But in the end, the one who ends up hurting the most is the one who harbors the hate or anger.

And no one can coerce forgiveness from another or chart out an appropriate time line. If its truly forgiveness, it happens in its own way and good time.

Ultimately, the most challenging act of forgiveness is to forgive ourselves. It can be the road block to forgiving others. If we can't get past our own complicity in an act done or undone, it's doubly difficult to forgive some one else.

It's no wonder Jesus suggested we pray regularly, "forgive us our debts as we forgive our debtors." Sometimes, prayer may be our only hope of transformation.